Ethereum was headed to a weekly close that would interest long term investors, with a good potential to post further gains in the coming weeks. Monero found its momentum waning, while Zcash showed some initial signs of strength. 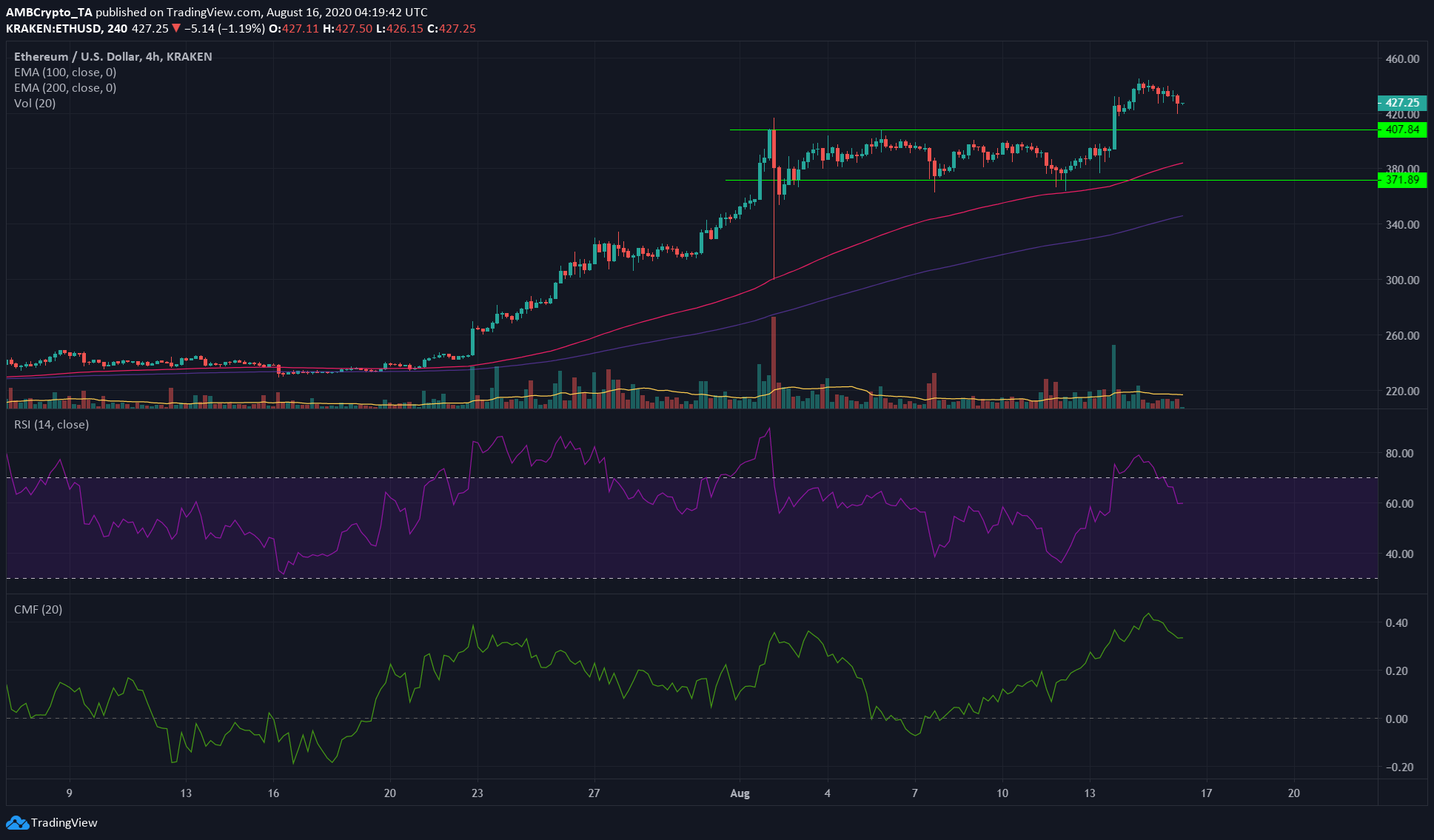 ETH traded with below-average volume over the weekend. This could have attributed to CMF showing decreased money flow into the market, however by no means have sellers got the upper hand.

On a larger timeframe, there is support in the $420 region. If it holds, the next major resistance is at $475. If ETH fails to hold the $420 support, 100 EMA (pink) could serve as the next support. RSI value of 60, with no dips well below 50 in the past few days, indicated an uptrend.

ETH registered its highest weekly close in over two years at $390 and looked poised to post a new weekly high on Sunday. The overall picture of ETH was bullish, with a possible dip to test support.

With a market cap of $48 billion, the second-largest cryptocurrency had plenty of notable developments last week. There was talk of “cognitive dissonance” directed at a part of the crypto community, tax regulations and the spike in gas price. 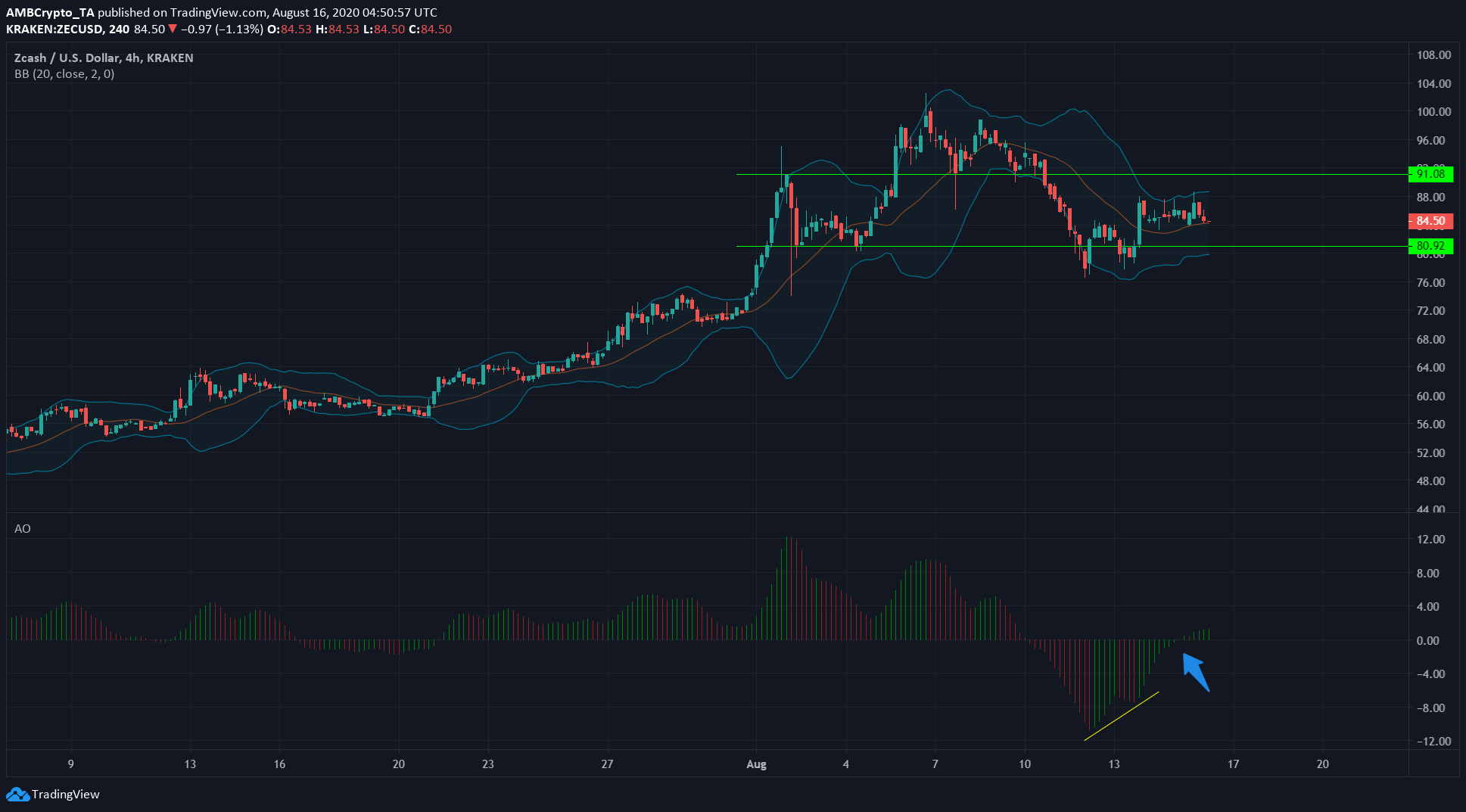 With a market cap of $829.9 million, ZEC is the 26th ranked cryptocurrency. Capped at 21 million coins like BTC, ZEC has a halving on the horizon, due this November.

Short-term support was at $80.92 and resistance at $91 with next resistance zone at $100. Price was above Bollinger bands’ 20 period moving average, with a band constriction visible over the past few days.

Awesome Oscillator noted bullish twin peaks as well as a change in short-term momentum to the buy-side. In conclusion, there are indications of a potential rise in price. 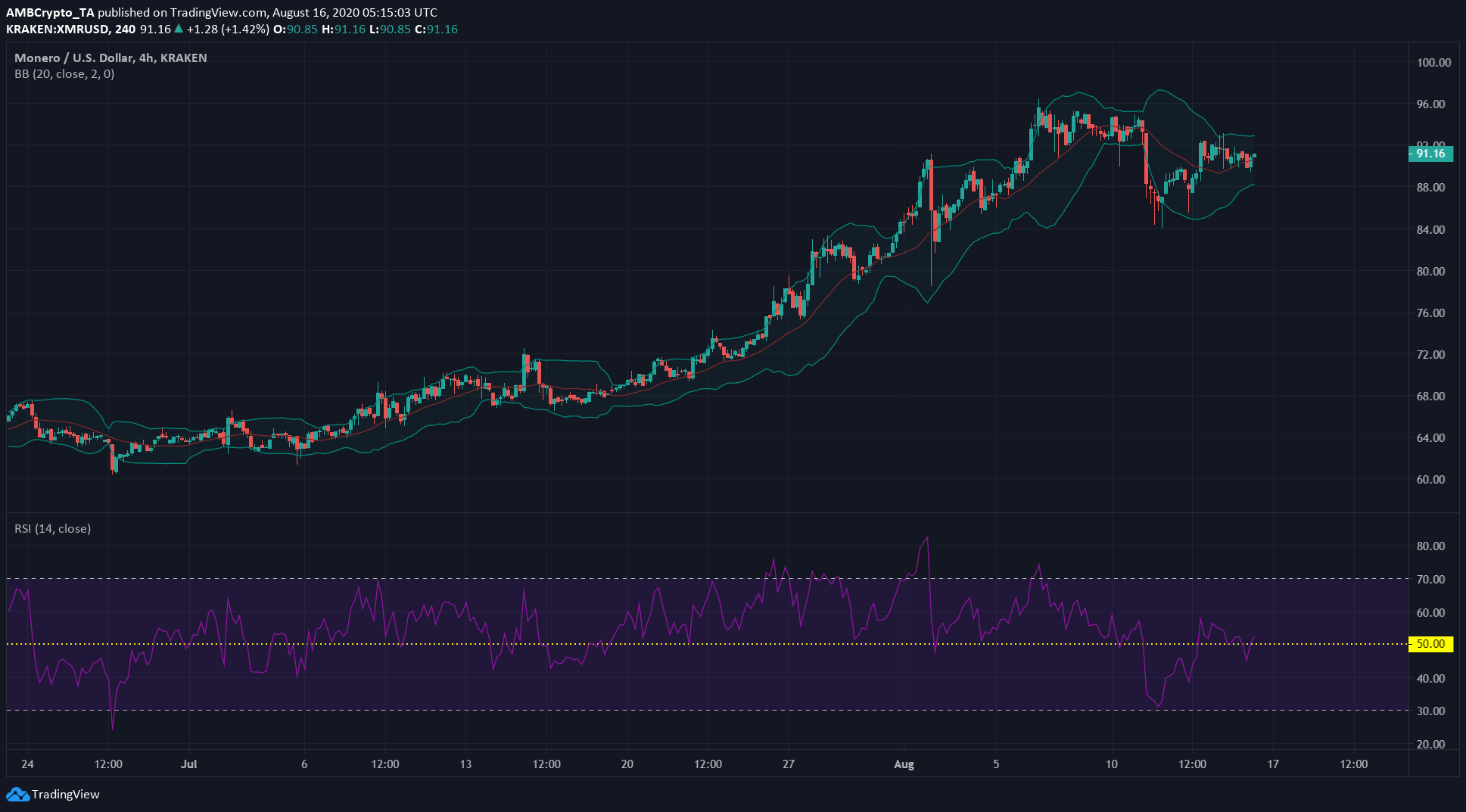 XMR is a privacy-focused cryptocurrency, ranked 16 on CoinMarketCap with a capitalization of $1.6 billion. In recent news, a report from Russia noted the development of a system to track the transactions of coins like BTC, ETH, as well as DASH and XMR.

On a longer time frame, the next resistance zone ranged from $95 to $100. The closest historic support lay in the $75 region. Last week, Monero showed momentum heading into resistance but was rejected.

Bollinger bands’ constriction can be observed on the chart, indicating a lack of volatility and momentum. RSI values were close to the neutral 50 region. This reinforced the idea that the market had yet to gather momentum toward either side.

Tezos has been an underdog in the value-driven market