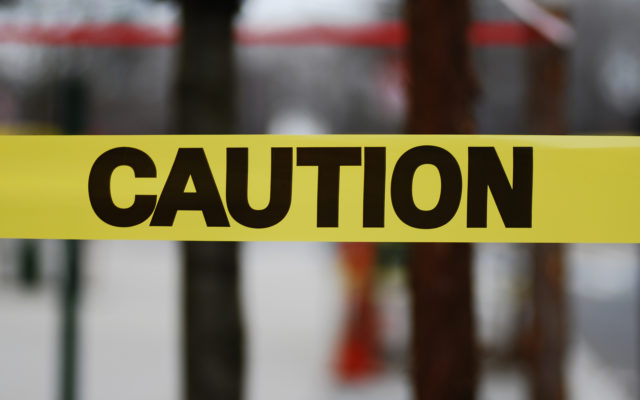 On Tuesday, Adaptive Capital partner and crypto-analyst, Willy Woo, tweeted out a thought that has long been on the minds of many Bitcoin investors. 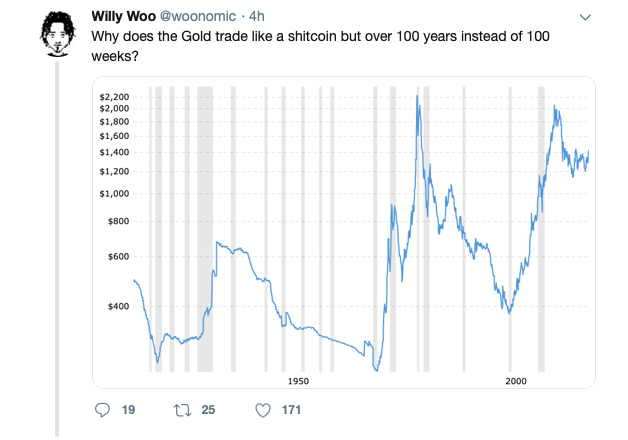 In the semi-stream of consciousness that followed, Woo suggested that the primary reason for the commodity’s sh*tcoin like trading behavior is due to it existing in “a controlled market with a few hands holding a concentrated supply.”

While Bitcoin has proven to have an unshakeable network and zombie-like price action that always comes back to please, there is one major vulnerability that could negatively impact Bitcoin price action. According to Woo, this risk to the “Bitcoin dream” is the possibility of coins becoming concentrated into a few hands which will function as “the new bankers”

This is a common theory bandied about throughout crypto-circles and there are a number of people who worry that institutional investment will lead centralization and a dampening of BTC’s price volatility.

Many investors are actually drawn to Bitcoin’s volatility and believe that this is part of the ‘magic’ of investing in the digital currency. If it’s price action began to mirror Gold its possible that some investors would lose interest and many would simply hodl Bitcoin as a store of value.

Is Bitcoin a Store of Value or a Medium of Exchange?

Earlier this year, Diar Research published a report showing that all throughout 2018 institutions were steadily accumulating Bitcoin; especially during November 2018 when the digital asset crashed to a yearly low. Given that Bitcoin’s coin supply is limited to 21 million and that many retail investors hold on to their coins, large-scale accumulation by institutions could present challenges.

Woo ponders “what kind of monetary policy would be sensible to encourage distribution [and concludes] that the 49 year  Jubilee Cycle of debt forgiveness in Babylonian times looks pretty smart.” While cryptic, Woo’s mention of the Jubilee Cycle refers to the conclusion of seven cycles of Sabbatical years and its significant impact on the management and ownership of land in Biblical times. During the Jubilee, slaves and prisoners were supposed to be freed, and all debts were forgiven.Bitcoinist intends to contact Woo for further elaboration on the relevance of this reference.

The Twitter community appeared deeply interested in Woo’s musings and a number of followers engaged with thought-provoking responses. Popular crypto-analyst Dave the Wave suggested that market cycles encourage increased distribution, whereas @less_is_a_lot suggested that solution is a “deflationary currency that can actually work as a medium of exchange.”

According to @less_is_a_lot, Bitcoin is nothing more than a complex speculative asset the wealthy use to “suck wealth” away from the dumb and greedy.

Some respondents also suggested that it will take a clear fiscal policy where large Bitcoin holders are taxed at a variable rate dependent upon the size of their holdings. @davidegallo suggests that such a tax would “encourage the emission of BTC in the real economy and therefore circulation and distribution.”

Ultimately, Woo presents a fantastic question which will continue to gain relevance as institutional investors deepen their involvement with the crypto-sector.

Do you think institutional investment will dampen Bitcoin’s price action? Share your thoughts in the comments below!

Davos, CBDCs, and the Rise of Bitcoin Art

Ripple and XRP: The Complete Guide

Blockchain Could Secure You Your Dream Job, Billionaire Hints

The Taproot/Schnorr soft fork is now formally proposed as…