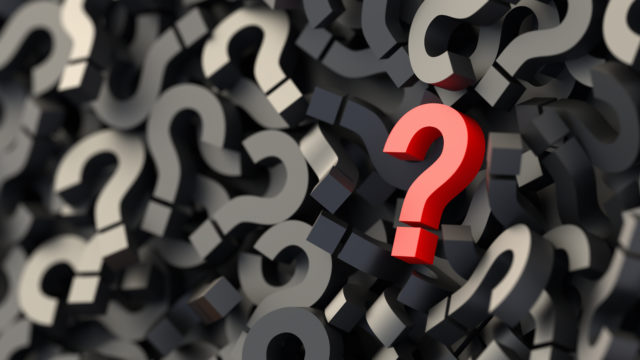 Believe it or not, there remain traders that are macro bearish on Bitcoin. That’s to say, there are some investors that think the capitulation crash to $3,700 was not the worst of the bear trend.
There’s a prominent cryptocurrency analyst, for instance, who says that as long as Bitcoin remains under $10,500, he remains bearish. So bearish, in fact, that he believes the cryptocurrency is on track to plunge towards $2,000 — and maybe even lower — in the coming year or two.
Yet one commentator says he cannot understand how people are macro bearish on BTC due to the fundamentals of this nascent market.
“Whether BTC trades sideways here and breaks higher or whether it has a deeper pullback below 8k, I still don’t understand how people can still be macro bearish.”
Money Printing Can Boost Bitcoin
What the commentator’s bullish sentiment was derived from is how Bitcoin’s scarcity characteristic is becoming so valuable in a world where fiat currency is being debased at a record pace.
According to data from Picton Mahoney and shared by Dan Tapiero, there has been approximately $20 trillion worth of stimulus from governments and central banks all around the world since the ongoing illness started.
Image made by Picton Mahoney, shared by Dan Tapiero.
This is equivalent to the annual GDP of the U.S. and approximately 25 percent of the world’s GDP.
In a world where the intrinsic value of fiat money drops, Bitcoin stands to benefit, as its scarcity is enforced by hard-coded block rewards.
As Tuur Demeester postulated in a recent interview, there’s a good chance Bitcoin hits $50,000 in the coming years “especially given just how crazy the money printing is.” He even mentioned the $100,000 figure due to the zaniness of the ongoing macro environment.
Even billionaire hedge fund investors are picking up on this narrative.
Paul Tudor Jones, an investor worth in excess of $5 billion, released a report earlier this month entitled “The Great Monetary Inflation.” He wrote in that report that he would be investing his fund’s capital into Bitcoin because of the inflation of fiat monies.
“I am not an advocate of Bitcoin ownership in isolation, but do recognize its potential in a period when we have the most unorthodox economic policies in modern history,” Jones wrote in the note.
Not the Only Bullish Factor
The money printing is far from the only macro factor boosting Bitcoin.
As reported by Bitcoinist previously, there have been growing tensions over Hong Kong’s democracy.
Bitcoin stands to benefit from this because U.S. sanctions and restrictions on China due to Hong Kong will force the Chinese yuan lower. This, in turn, will drive demand for Bitcoin — just as it did in 2015/2016 and in 2019.
BlockTower Capital’s analysts summed up the macro case for Bitcoin quite well with the following statement:
“With all of these catalysts on the horizon, what’s become clear is that the macro case for Bitcoin has never been more obvious. […] Heading into the back half of 2020, the future looks pretty bright…”
Featured Image from Shutterstock

Why a Bitcoin Analyst “Doesn’t Understand” How People Are Still Macro Bearish written by Nick Chong @ https://bitcoinist.com/why-a-bitcoin-analyst-doesnt-understand-how-people-are-still-macro-bearish/?utm_source=rss&utm_medium=rss&utm_campaign=why-a-bitcoin-analyst-doesnt-understand-how-people-are-still-macro-bearish May 26, 2020 Nick Chong

The year of options and the clear winner