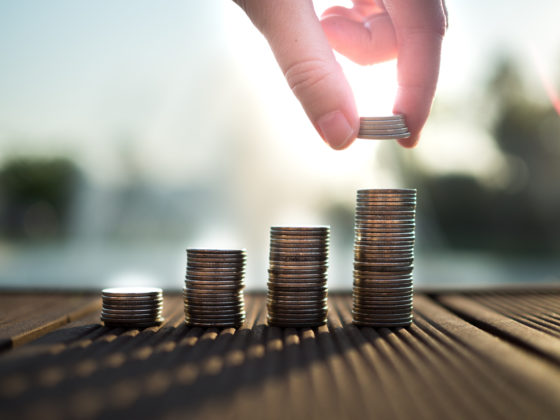 Aside from the recent downturn, Bitcoin and other cryptocurrencies have done extremely well over the past two months.
From the March lows of $3,700, BTC has rocketed as high as $10,100 for a gain of approximately 170%. It’s a performance that allowed Bitcoin to outperform basically any other established asset class (or any $100+ billion single asset for that matter).
It’s no surprise, then, that there has been an uptick in both retail and institutional players interested in the Bitcoin market. I’ve seen it personally, with multiple friends and family members asking me how they can buy cryptocurrencies and about my thoughts on the market.
Though CNBC is reporting that a prominent wealth manager thinks Bitcoin investing is currently a bad idea.
CNBC: Wealth Advisor Is Hesitant to Call Bitcoin a Good Investment
There are a growing number of fundamental drivers for Bitcoin demand, yet Chief Investment Officer of Creative Planning, Peter Mallouk, isn’t too sure about BTC’s efficacy as an investment.
Speaking to CNBC in a recent interview, the investor opined that speculative assets such as Bitcoin, gold, and silver are currently not wise investments in the COVID-19 world.
“You have incredible companies that we know are not going anywhere, selling for half off. There is no need to go over into the speculative world, when strong investments — arguably some of the strongest investments in the world — are selling for half off,” he said, before adding that he thinks equities are a better bet because the ongoing market rut has just been caused by COVID-19.
As a pertinent aside, approximately 13 months ago, CNBC released a similar article entitled “Don’t buy bitcoin, warns wealth manager: We’re likely ‘going to see cryptocurrencies collapse’.”
In that article, the outlet cited Mallouk (yet again), who said at the time that he thinks “we’re going to see cryptocurrencies collapse.” Stocks, bonds, and real estates are better bets, the wealth advisor told CNBC, the old report indicates.
Billionaires Beg to Differ
Many agree that Bitcoin is a speculative investment at the end of a day as it isn’t back by a balance sheet or produces dividends, yet some billionaires are starting to promote BTC as a potential staple in one’s portfolio.
For instance, Paul Tudor Jones — a billionaire hedge fund manager respected on Wall Street — indicated in a research note published this month that he will be buying Bitcoin personally and professionally.
He attributed his newfound optimism surrounding BTC to three core factors: 1) BTC is fundamentally much like gold prior to the 1970s inflation, 2) Bitcoin is the only cryptocurrency that he thinks matters, and 3) Bitcoin is absolutely scarce while fiat monies are being printed away.
But it’s far from just Jones. Barry Silbert — chief executive and founder of Digital Currency Group, an industry conglomerate — made the argument there is Bitcoin demand from numerous Wall Street veterans with the tweet below.

Ethereum 2.0 Is Casting Big Doubts on ETH’s Value as an Investment: Fund Manager