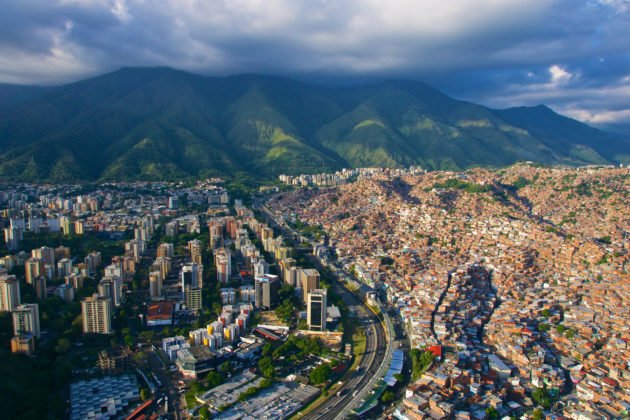 Hyperinflation in Venezuela is so bad, the nation’s Central Bank has released an Android app to help citizens calculate how many new sovereign bolivar units they possess. The release arrives after the national government re-denominated the old currency last week.

As hyperinflation mounts in Venezuela, the national government seems to be staking nearly all it has on the ‘Petro’ virtual currency.

Earlier in August, President Nicholas Maduro announced a new exchange rate for the country’s bolivar, which was pegged to the Petro. Maduro said one Petro would be worth $60 U.S. Dollars, and equate to 360 million bolivars — essentially devaluing the national currency by 96%.

This new pegged currency was dubbed the ‘sovereign bolivar.’ In a recent speech, Maduro said the new currency, along with a variety of other economic incentives, consisted of his “formula” to help “the country to recover.”

However, many figures in the international community remain convinced that the Petro and the new sovereign bolivar are just smoke and mirrors. Wired called the new currency “a scam on top of another scam.”

Still, the Venezuelan government appears to be pushing forward despite the backlash. The country’s Central Bank recently announced that they’ve released an Android application geared towards helping citizens “understand and assimilate the monetary re-denomination process.”

Yes… There’s An App For That

Known as the Sovereign Calculator, the new application was touted by Venezuela’s Central Bank as a “tool for everyone.”

Since the re-denomination of the bolivar essentially just cut off five zeros from the old value, calculations on the application are pretty simple. Still, the app has been downloaded thousands of times as of press time while gaining a rating of 4.5 stars across 241 reviews. 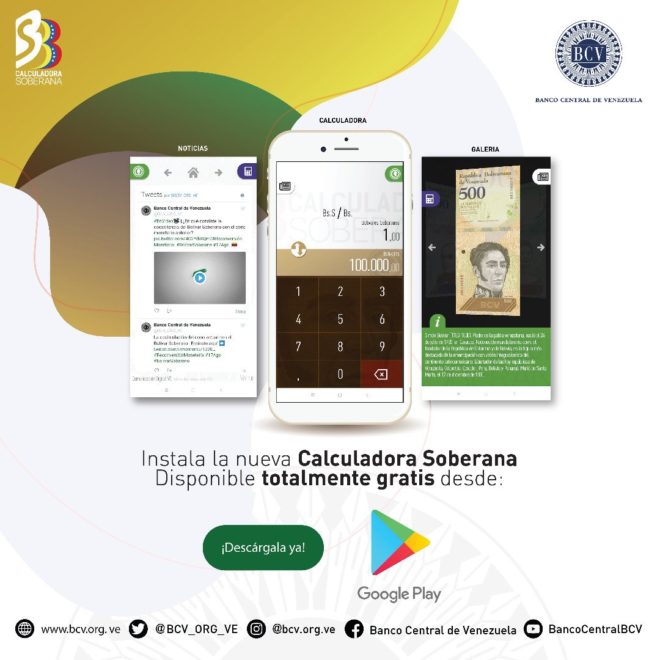 Some reviewers praised the app’s design and functionality, while others have made more pointed critiques.

One reviewer said they knew the bolivar has failed when the government builds a “calculator app that artificially deflates the true value.”

Another said the application was totally useless and predicted “they will remove zero’s…very soon again.”

Even armed with the app, Venezuelan shoppers also have to keep the black-market exchange rate in mind. Right now, this underground rate is about 40% weaker than the official exchange rate.

The application’s creator, Comunicacion Digital VE, has a history of creating other programs that support the ruling government. Other applications include “Todo Chavez,”  in honor of past President Hugo Chavez, and “Vamos Nico,” one designed to build support for President Maduro.

Despite the new currency, many Venezuelan citizens continue to suffer under a failed economic model with no end in sight.

Many experts believe Maduro’s new economic initiatives are just going to cause more chaos. They point out how planned minimum wage increases will cause more suffering for businesses and companies.

Additionally, skewed prices within the framework of the new currency are looking to portend bad news for some citizens.

Authorities arrested and accused a group of merchants for jacking up prices after the currency change. The authorities reportedly booked others for cutting off a smaller amount of zeroes than the required five.

What do you think about Venezuela’s new sovereign bolivar? Is it a scam, or could cryptocurrency be a way to help citizens escape economic malaise,? Let us know your thoughts in the comments below!