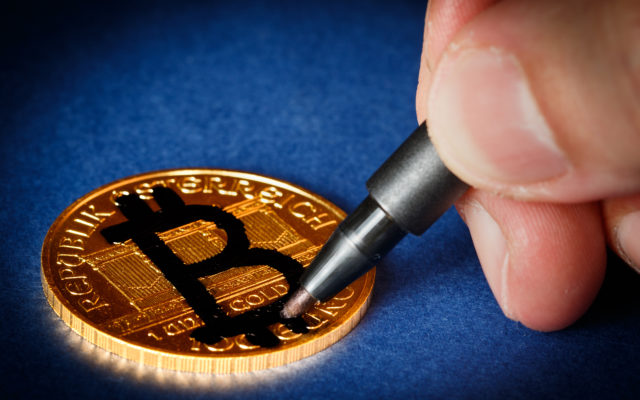 Gold has always been a hedge against other markets in times of financial uncertainty.

During the Bitcoin (BTC) bull run on 2017, however, gold saw some of its investors flock into the first and foremost cryptocurrency in search of massive gains. Now, some of those investors are reportedly switching back. Van Eck explained on CNBC’s “ETF Edge” last week:

I do think that Bitcoin pulled a little bit of demand away from gold last year, in 2017. Interestingly, we just polled 4,000 bitcoin investors and their number one investment for 2019 is actually gold. So gold lost to bitcoin and now it’s going the other way.

This isn’t particularly shocking, as traders and speculators are wont to go where they anticipate making a profit. With the markets looking shaky this tax season, it has already become clear that many are moving their wealth into precious metals.

That said, there remains significant overlap in those who actually ‘invest’ in Bitcoin and those who actually ‘invest’ precious metals. Though the former is new and the latter is ancient, both currently maintain a position as a hedge against (or alternative to) fiat currencies and attract investors who have little faith in central bank-issued paper and/or the governments that borrow it.

Investors are likely flocking to precious metals as the charts seemingly suggest that a generational bottom may be in — especially for something like silver, which has been in a bear market for a prolonged period of time but appears to be on the verge of a monthly breakout.

Meanwhile, many in the cryptocurrency space believe that Bitcoin is near its bottom, which may be reached in the first half of 2019. Should this happen, it might not be much of a surprise to see more speculators flood back into the fast-moving digital asset.

What do you think about the Bitcoin-versus-gold debate? Let us know your thoughts in the comments below!

[Full Disclosure: The author of this article is invested in Bitcoin (BTC), physical gold, and physical silver.]

Crypto Canarge: $6 Billion Wiped Out as Bitcoin Drops to $3,350; What’s Causing the Drop?