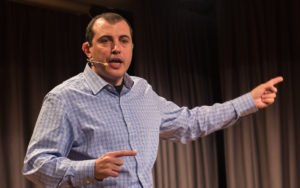 Andreas Antonopoulos has labeled plans from India’s central bank to create an identity-based national digital currency as “incredibly dangerous” as details emerge of a fresh crackdown on cash.

In comments on Twitter August 30, the well-known cryptocurrency educator said India’s history of limiting cash availability to citizens and forcing through surveillance measures via its Aadhaar system would lead to the “death” of democracy.

“Centralized digital cash, backed by centralized identity, in a country that has demonstrated dangerous authoritarianism when it comes to currency,” he summarized.

This is incredibly dangerous: Centralized digital cash, backed by centralized identity, in a country that has demonstrated dangerous authoritarianism when it comes to currency. $1.3bn people under totalitarian financial control = democracy dies. https://t.co/jfQHZdX22N

Aadhaar is a biometric identity framework developed to track Indians’ status through a 12-digit number for each citizen. It is the world’s largest biometric ID system, with 1.22 billion participants.

Since India began a sudden and highly controversial demonetization policy in November 2016, the Reserve Bank of India (RBI) has hinted it wants to reduce cash usage in favor of transactions linked to identity, ostensibly to reduce fraud and money laundering.

At the same time, the bank has taken a hardline stance on cryptocurrencies which are beyond its direct control such as Bitcoin.

Now, RBI is pursuing the creation of a state-sponsored digital currency, this time to combat alleged costs of printing and managing India’s cash supply.

“Rapid changes in the landscape of the payments industry, along with factors such as emergence of private digital tokens and the rising costs of managing fiat paper/metallic money, have led central banks around the world to explore the option of introducing fiat digital currencies,” its annual report this week reads.

“In India, an inter-departmental group has been constituted by the Reserve Bank to study and provide guidance on the desirability and feasibility to introduce a central bank digital currency.”

The news comes as media reports circulate over the lack of success of the 2016 demonetization, which, sources say, has failed to achieve its intended aims.

At the same time, the scheme caused hardship for ordinary Indians, with Palaniappan Chidambaram, a finance minister under India’s previous government, claiming it had led to the loss of “over 100 lives.”

What do you think about India’s plans for a national digital currency? Let us know in the comments below!

Ethereum Readies Ammunition to Take its Price to New Highs