The truth about Bitcoin and Gold’s correlation

With the Bitcoin-Gold correlation at 76.3%, at the time of writing, market analysts are once again commenting on how crucial this correlation is, especially with regard to what it implies. However, what is interesting to note here is that this correlation was negative for the most part of the past two years. That is, before Bitcoin’s rally on 27 July changed the narrative. 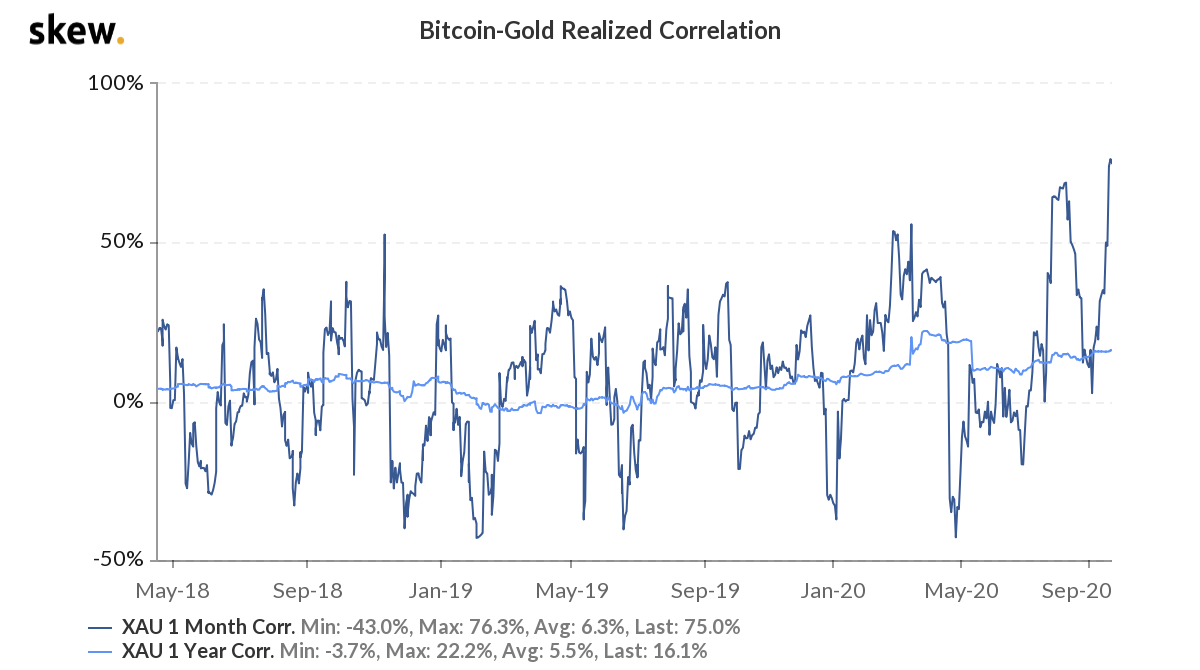 It’s very crucial to address this correlation because, in the eyes of many analysts, correlations are a useful tool in determining the direction of the cryptocurrency’s price movement. While that is up for debate, what is not is the fact that Bitcoin’s price is determined by a host of factors that include more than just correlation stats.

For instance, top on-chain analyst Kevin Svenson was one of those to recently tweet about the correlation between Bitcoin-S&P 500 and Bitcoin-Gold. 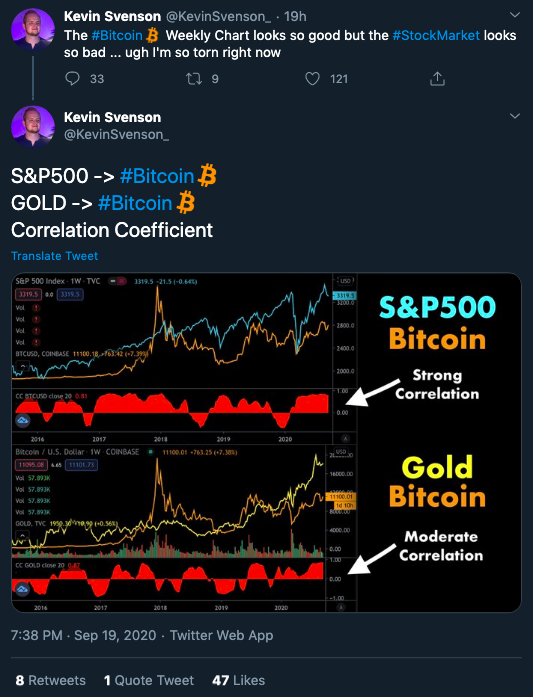 Basing price predictions on correlation with non-cryptocurrency assets may not be the best move as the Bitcoin-Gold correlation before 2018 was negative to the extent that it can be dismissed as incidental. A similar correlation can be observed between Bitcoin and tech stocks or stock indices like VIX.

However, in 2020, a positive correlation can be derived from the fact that Bitcoin’s price has recovered from the post-halving drop and the RoI is upwards of 53% YTD. So, while the correlation is evident and applies to the present market cycle, will it be relevant? And, if yes, then for how long?

To determine how long the correlation will remain relevant, it is important to ascertain why it exists in the first place. Both Bitcoin and Gold are mined and their scarcity leads to an inelastic supply. This is the fundamental basis of correlation, however, it also leads to the consideration of Bitcoin as a “safe store of value,” with a particular focus on “safe” here. In reality, Bitcoin is not a “safe” asset. There is volatility associated with it and despite the digital gold or its store of value narrative, one might argue that it is scalability that has driven its value.

In fact, research published by the International Review of Financial Analysis revealed that Gold plays an important role in financial markets with flight-to-quality in times of market distress. However, Bitcoin behaves in the exact opposite manner since it is positively correlated with downward-trending markets. Further, Bitcoin is more correlated with other cryptocurrencies during other phases of its market cycle, than with Gold.

A Bitcoin-Gold correlation exists and can be used for gauging possible price movements in the post-halving and accumulation phase of the market cycle. However, BTC’s correlation with other crypto-assets remains stronger and should possibly be preferred for more accurate predictions.

The post The truth about Bitcoin and Gold’s correlation appeared first on AMBCrypto.