Stellar Lumens’ charts suggested that it was likely to continue down south on the back of bearish momentum. Ontology too noted a bearish pattern, with ONT likely to lose an imminent level of support. DigiByte, however, continue to breach its resistance levels, with the crypto likely to continue rising in the near-term. 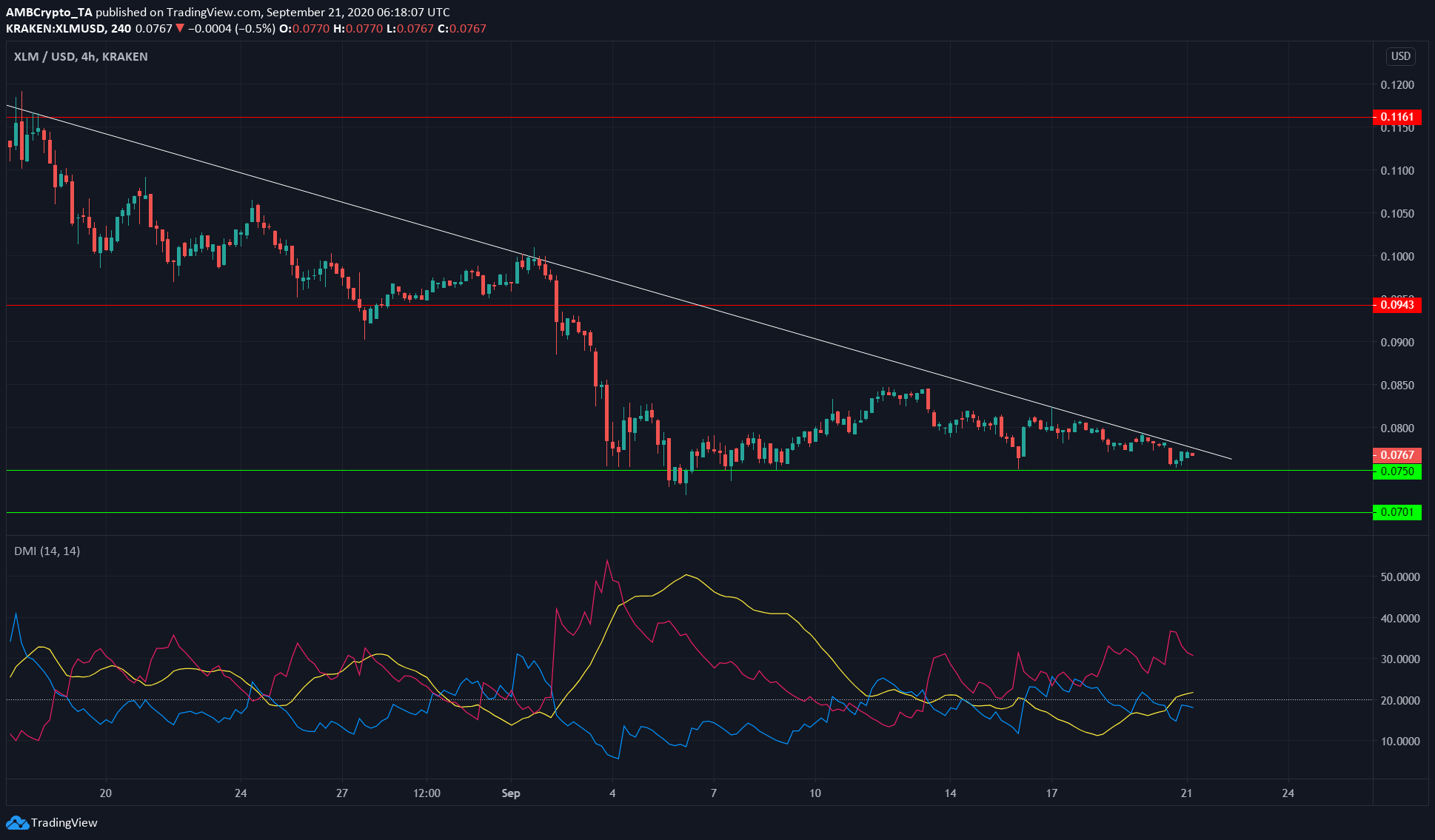 Stellar Lumens traded beneath the down trendline (white) as it sank towards its support at $0.075. There were no trend reversal signals exhibited, at the time of writing, making it likely that XLM will lose support and drop to $0.07 or even lower.

The Directional Movement Index showed strengthening bearish momentum as the ADX (yellow) rose above 20, and the -DMI (pink) was well above +DMI (blue). Bearish momentum could see XLM lose the $0.075 and $0.07- levels in quick succession. 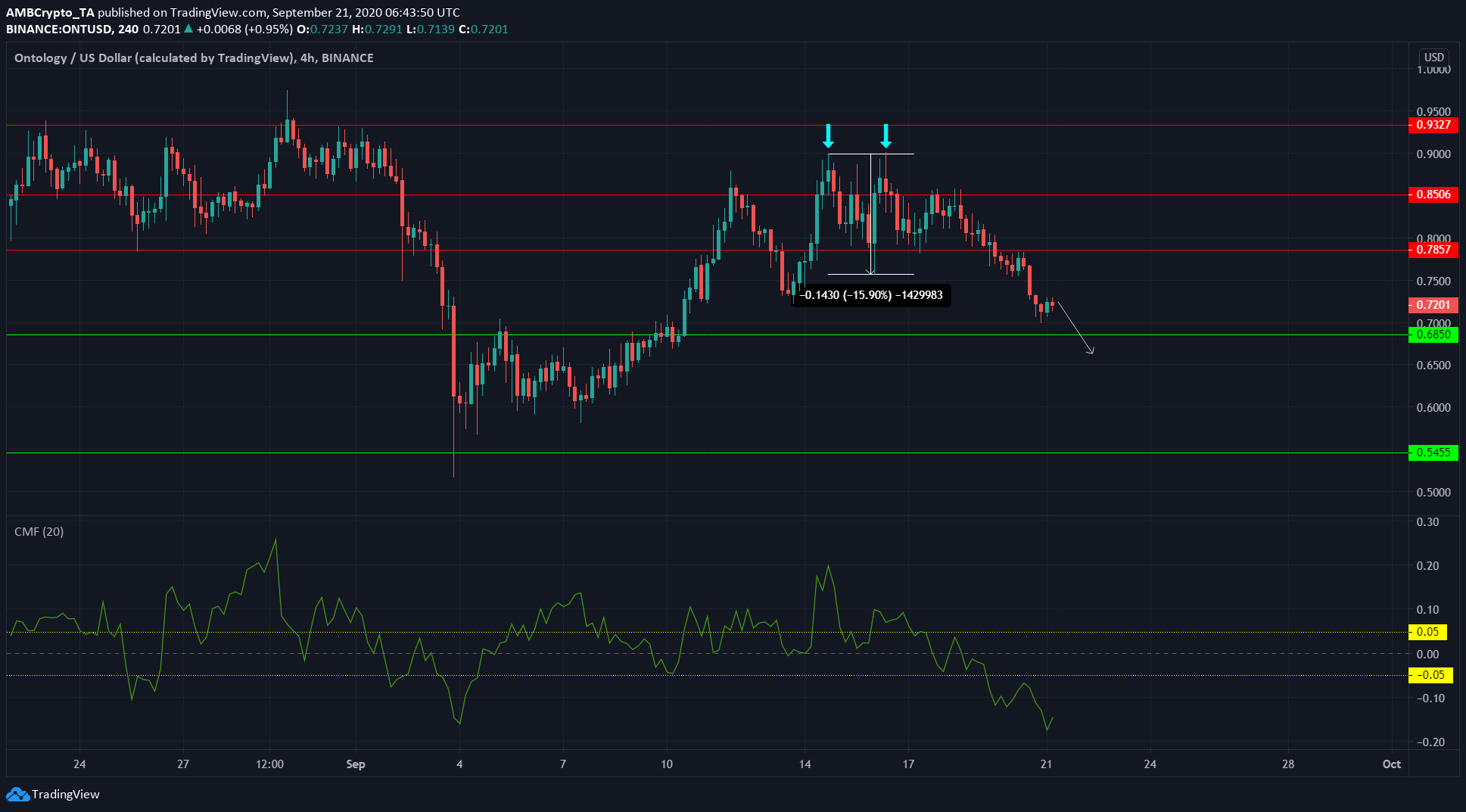 After ONT was rejected at the resistance level of $0.85, bears dominated the charts and pushed the price to $0.72, at press time.

The Chaikin Money Flow indicated that bears, indeed, have been in control as the CMF noted significant capital outflows from the market.

Ontology formed a double top, technically termed an “Adam and Adam double top,” highlighted by the cyan arrows. This is characterized by two sharp peaks, followed by the price forming a valley between the peaks.

Using the expected target values from such a pattern, a value of $0.66 can be ONT’s estimated target to the downside.

The level of support at $0.68, if lost in this possible move, can be re-tested on bounce shortly after being flipped to resistance and could be a good opportunity to short the price. 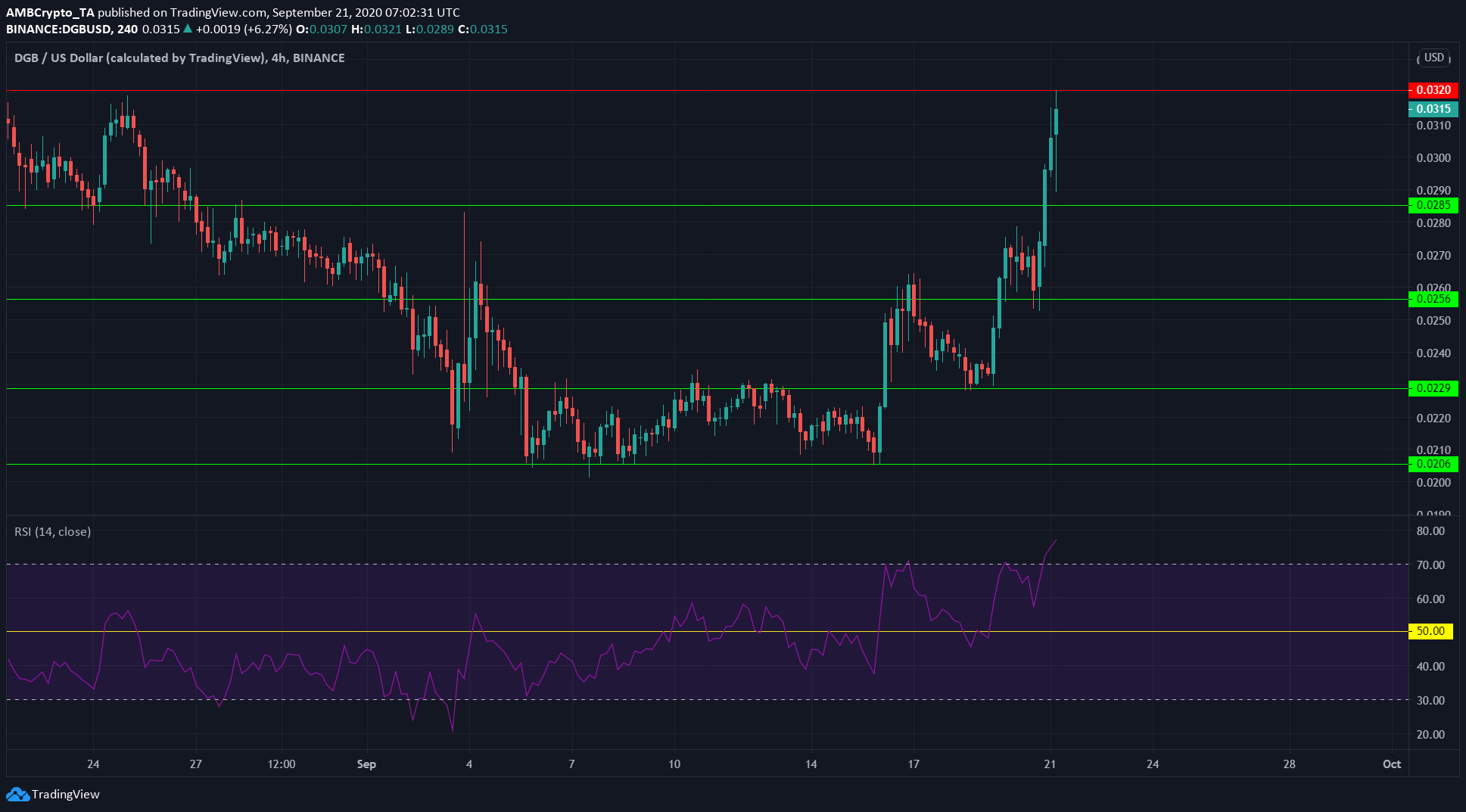 DigiByte surged above multiple levels of resistances and flipped them to support by registering textbook re-tests and higher highs.

It could be headed further north, with a level of resistance at $0.032. It is possible that the support level at $0.028 may be tested before DGB surges any further.

The RSI showed a value of 77, indicating oversold conditions. However, it does not mean that DGB will immediately drop in value. Hence, it is quite possible for RSI to stay in the oversold region for an extended period of time.

Recently, DigiByte Founder Jared Tate criticized Ethereum and Vitalik Buterin for applying what he termed a “dev tax,” in response to the news that Buterin proposed a wallet fee to fund developers.