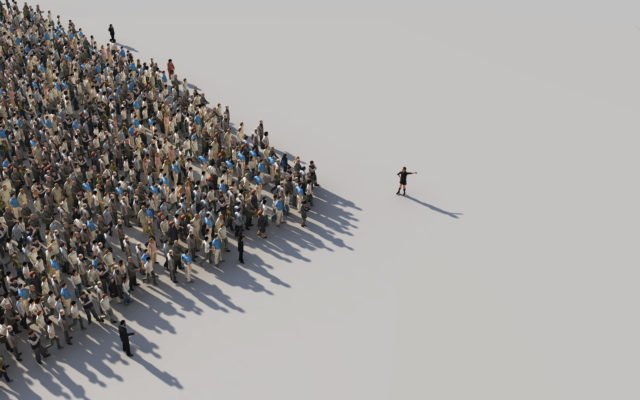 SEC commissioner Hester M. Pierce has enjoyed a massive influx of followers pursuant to her official disagreement with the Securities and Exchange Commission’s recent denial of the Winklevoss-proposed Bitcoin ETF.

SEC Commissioner Hester M. Pierce recently dissented with the Securities and Exchange Commission’s disapproval of the proposed rule change to list and trade shares of the Winklevoss Bitcoin Trust on the bats BZX Exchange on July 27. Not only did she formally disagree with her fellow commissioners, she also holds that the proposition itself abides by legislative standards and that the SEC has entirely failed to apply the law correctly.

Apparently, bitcoin is not ripe enough, respectable enough, or regulated enough to be worthy of our markets. I dissent: https://t.co/gH5zXaKtmj

Shortly after her statement, a Reddit thread appeared, calling readers to “show her some love from the Crypto Community.”

In just three days since the Reddit post went live, Pierce’s Twitter has amassed more than 13,000 followers — standing at 15,400 at the time of writing this — causing some users to refer to her as the “Crypto Mom.”

The reference is a continuation of an earlier reaction of the community, which called the chairman of the Commodity Futures Trading Commission — J. Christopher Giancarlo — “Crypto Dad” following his February speech to the Senate Banking Committee, in which he openly called for a “do no harm” approach from policymakers.

Bitcoin (BTC) 00 took a serious hit after the SEC announced its decision to disapprove of the proposed changes to list Winklevoss’ Bitcoin ETF. The world’s largest cryptocurrency lost around $400 — or a little less than 5 percent.

Nevertheless, Bitcoin recovered on the following day, spiking back to a high of $8,262.

At the same time, it’s worth noting that the ETF which truly has the community intrigued is the one filed by the Cboe in June. As Bitcoinist reported, though, legal expert Jake Chervinsky holds that the SEC will take its time and delay the decision until early March 2019.

Do you support Hester Pierce’s letter of dissent? Don’t hesitate to let us know in the comments below!

Gibraltar Football Team to Pay Its Players with Cryptocurrency