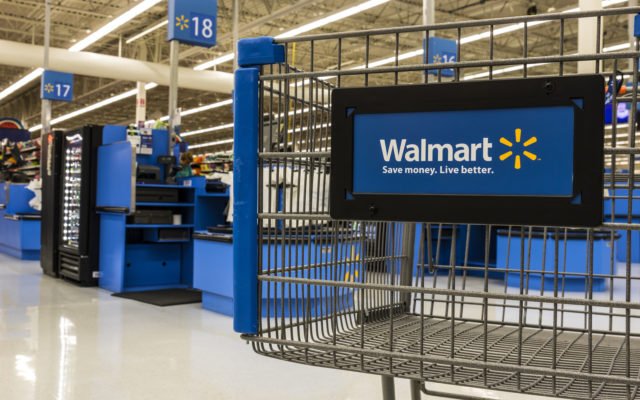 While investors complain over suppression of Bitcoin prices in 2018, the largest cryptocurrency quietly debuted at US Walmart stores for just $1.

Bang For Your Buck

As multiple Reddit users revealed this week and last, outlets of the retail giant have become full of bitcoins for the “everyday low price” of a single dollar.

These coins, however, are made of chocolate.

The unusual merchandise comes courtesy of Frankford, a candy manufacturer based in Philadelphia.

While neither Frankford nor Walmart itself has provided public commentary on the impetus behind the move, commentators have already begun hailing it as further proof of Bitcoin’s march into mainstream consciousness. 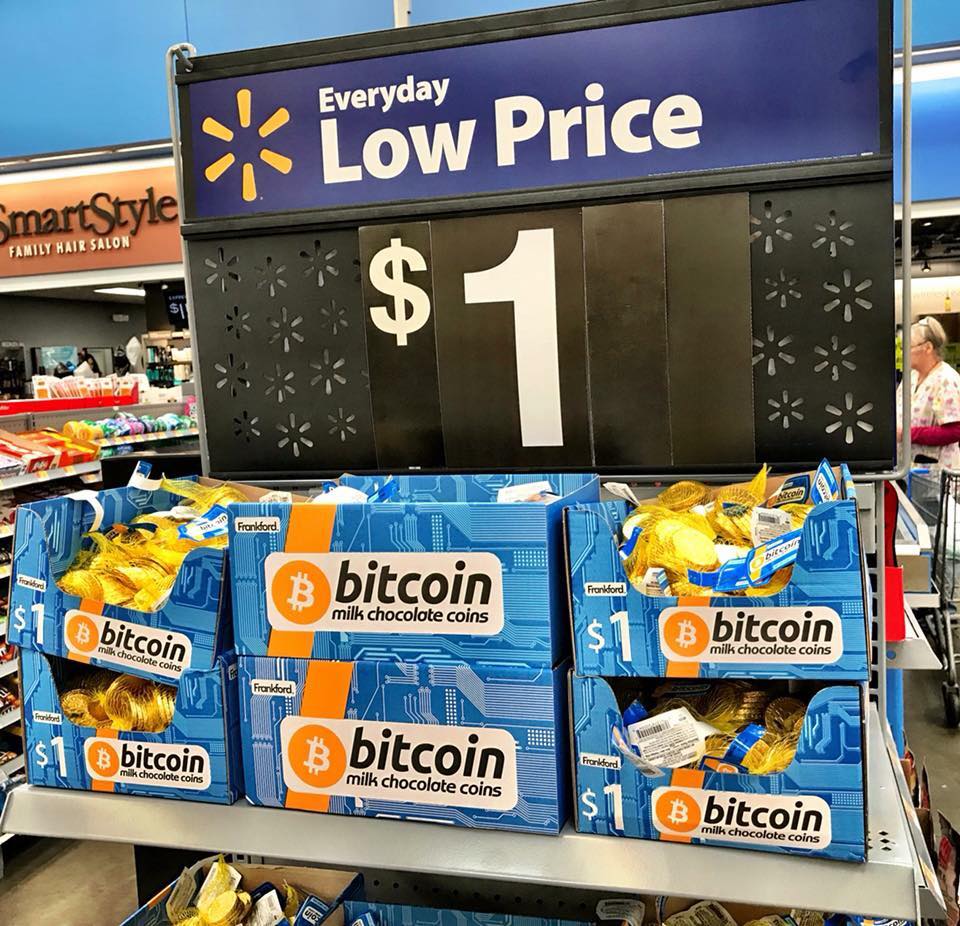 Previously, Walmart’s only Bitcoin hookup appeared to be via its online store, on which it sold explanatory literature about cryptocurrency.

Prospective investors can also use Walmart as an intermediary to purchase BTC through the company’s Walmart2Walmart money transfer operation.

Taking Awareness To The Masses?

Outside Bitcoin itself, meanwhile, Walmart has been far from dormant. The past few years have seen a raft of Blockchain patents emerge — with executives keen to leverage the technology in an effort to streamline its supply chain and beyond.

As Bitcoinist reported in June, one such successful patent application could result in Walmart allowing customers to purchase energy using cryptocurrency.

Even Andreas Antonopoulos, the well-known cryptocurrency author and educator, needed to choose his words carefully when one user recently asked him to explain Bitcoin to her mother in layman’s terms.

As other commentators have noted, however, difficulties arise in public education when comparing bitcoins to physical coins, and the psychological hurdle of an intangible asset continues to present a challenge to adoption.  That difference contributed to the sense of anticlimax in cryptocurrency circles in July, when McDonald’s revealed its in-house token, MacCoin.

What do you think about Walmart selling chocolate bitcoins? Let us know in the comments below!

Bitcoin’s Only Way is Up: 4 News Talking a Big Game for Intensifying Crypto Adoption