Roubini and Vays Continue to Spar Amid Cryptocurrency Carnage 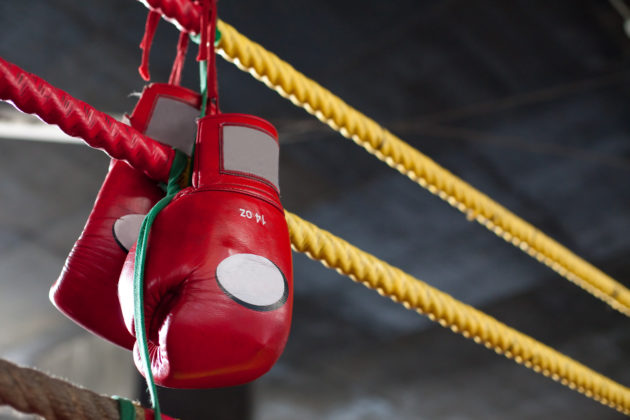 Nouriel Roubini recently predicted that Bitcoin would drop to zero. Amid Monday’s drop in price, Roubini and Tone Vays predictably continue to feud.

On November 16th, Bitcoinist reported on NYU professor Nouriel Roubini’s Twitter proclamation in which he said, “I could gloat about Bitcoin collapsing 10% in a day to $5700. But that is still some way to ZERO where Bitcoin belongs.”

The perpetual critic of crypto also remarked that BTC is the “Mother of All Toxic Pollutions & Environmental Disasters,” and told the US Senate that BTC is the […] the mother of all scams and bubbles.”

I could gloat about Bitcoin collapsing 10% in a day to $5700. But that is still some way to ZERO where Bitcoin belongs. Actually since Bitcoin is The Mother of All Toxic Pollutions & Environmental Disasters its true fair value is highly NEGATIVE with the right externality tax

As the price of bitcoin (BTC) 00 dropped on Monday, Roubini again took to Twitter. This time it was in response to a Tone Vays tweet posted as a follow up to a May 8th tweet listing Vays’ projections for the outcomes of BTC price. Vays post urged HODLers to march forward:

Nouriel Roubini’s response to Vays included his own set of probabilities, Roubini’s being decidedly less optimistic. Roubini admonished HODLers like Vays, even describing them as masochists. With talk of stern motherly figures and masochistic tendencies, it is obvious that Roubini feels strongly about his projections.

How can you recommend to HODL since u assign a 35% prob to below 2K, a 55% to below 3K, a 70% prob to below 4K? Your HODLers should lose 80% to 90-95% from peak after they already lost 75%? Given your probabilities anyone who isn’t a total masochist will dump all its BTC now! https://t.co/DWQrLzLgGH

Vays was quick to fire back, citing his own experience HODLing during the housing crisis. For Vays, Roubini’s assumptions about the nature of bitcoin are flawed. Vays offers up his own interpretation, which posits that BTC is “tangible,” and “NOT a stock:”

Same reason I HODLED my apartment during the housing crisis. For me #Bitcoin is NOT a stock, it is something tangible (yes we disagree). For those that only see $BTC as tradable asset to make more $, they might have a different plan. Too much Risk for ME to Exit short/mid term.

On September 2nd, Bitcoinist reported on an earlier square off between Vays and Roubini which occurred at this year’s BlockShow event. The highlights of the video below serve as a great primer on the fundamental differences between Roubini and Vays.

During the panel, moderated by LDJ Capital founder David Drake, points of pseudo-agreement were reached — like the shared notion that anything besides BTC is “useless,” “scammy,” or “fraudulent,” as Roubini put it.

Vays is much more optimistic regarding the possibilities of bitcoin 00 and its ability to match the abilities of traditional fiat currencies. This is in stark contrast to Roubini, who plays the skeptic in the story.

Vays optimism is still measured, comparing crypto to nuclear waste — dangerous if improperly stored. Like nuclear proponents themselves, Vays remains a proponent despite such risks.

As the talking heads begin to chime in throughout Tuesday and the rest of the week, one thing is for certain — Roubini and Vays aren’t agreeing anytime soon.

What do you think about BTC’s drop, as well as the ongoing Roubini-Vays saga? Let us know in the comments below.

The post Roubini and Vays Continue to Spar Amid Cryptocurrency Carnage appeared first on Bitcoinist.com.