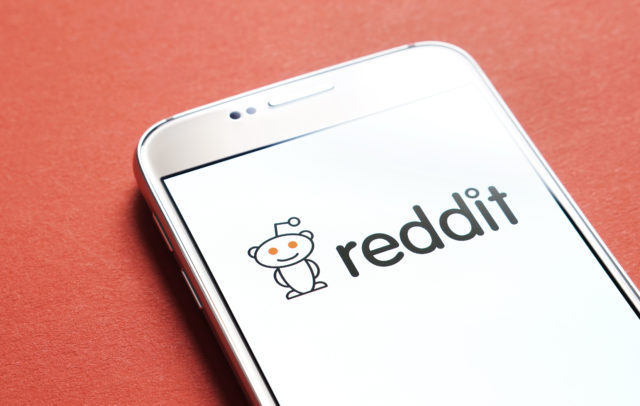 Earlier this month, the popular online community Reddit launched two types of Ethereum-based cryptocurrency tokens to its users.
The token specifically designed for players of the pop culture phenomenon video game Fortnite has already grown to over 10,000 users since it rolled out just one week ago.
New Ethereum Reddit Tokens Amass Over 10K Users In One Week Since Rollout
There are several barriers standing in the way of cryptocurrency adoption. Ease of use, confusing cryptographic wallets, accessibility, and unfamiliarity are all preventing further growth of the technology.
However, another widely adopted technology could be helping to push crypto adoption along.
Online community platform Reddit last week launched two new Ethereum tokens for specific online communities in what the company is calling a pilot to test a new user-generated reward system based on cryptocurrencies.
RELATED READING | BITCOIN HAS BEEN PROFITABLE FOR OVER 95% OF ITS EXISTENCE
Reddit hopes that the crypto asset replaces the karma system eventually, or compliments it by encouraging even more quality content and better moderation through rewards that have actual value.
The tokens aren’t mined but rewarded to early users based on activity in the community. Once all tokens are distributed, that’s it – it is then up to Reddit users to create value using the tokens by awarding them to other users, selling them, etc.
One token, called Moons, was specifically designed for the cryptocurrency community. The other, which has shown even more popularity, is called Bricks and focuses on the popular online multiplayer video game Fortnite.

Tech Savvy Gen Z and Millennials Like Fortnite Gamers Are Key to Crypto Growth
It’s the Fortnite community that has more actively embraced the crypto token, but why? It could be as simple as a familiarity with digital representations of dollars that makes crypto seem like second nature.
In Fortnite, accounts are denominated in a digital value called V-Bucks. Gamers use this to make in-game purchases.
Gamers have long become used to in-game currencies or even paying for games themselves digitally using monetary systems that are completely made up by console manufacturers. For example, Xbox gamers now pay with dollar amounts but were first introduced to Xbox LIVE using random valued Microsoft Points.
RELATED READING | MOST IMPORTANT CHART EVER? BITCOIN S2F COMBINED WITH REDDIT RAINBOW CHART EMERGES
Even dating back to the 1980s with gamers playing Super Mario for the first time, the most iconic video game character in the world risks his neck to pick up even more coins.
This younger, tech-savvy generation that has grown up around tech, the internet, and digital currencies of all types, will have the easiest time adapting to the future of crypto adoption. For the boomers and everyone else who doesn’t yet understand the tech, well, they may be left behind as the future moves increasingly towards digital dollars and contactless payments.
Featured image from Shutterstock.

Market Wrap: Bitcoin’s Price Up 12% Since the Halving