On-Chain Data: Even After $5,000 Gain, Bitcoin Should Be Higher Than It Is Now 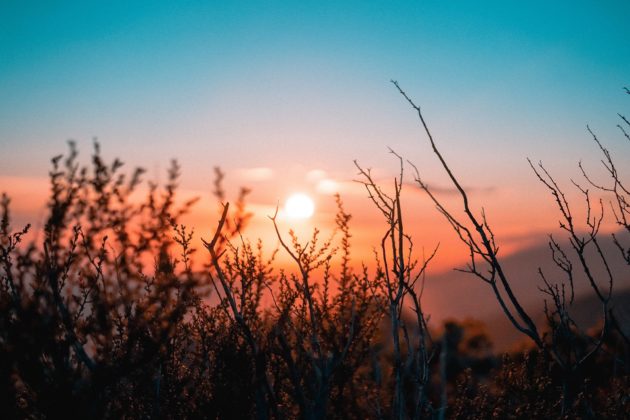 Bitcoin’s recovery over the past seven weeks has been nothing short of spectacular.
From the $3,700 capitulation low, the lead crypto has gained over 100%, rallying by over $5,000 to $9,300 today. It’s a strong move that has liquidated dozens of millions of BitMEX shorts.
While an impressive rally, on-chain data analysis by a top Bloomberg analyst has found that BTC should be higher than it is trading now.
On-Chain Data Signals Bitcoin Boom
In an institutional Bloomberg report titled “Bitcoin Demand Exceeding Supply,” senior commodities strategist Mike McGlone shared an optimistic outlook for BTC.
Along with noting that the halving and futures adoption should boost prices, the analyst shared that BItcoin’s on-chain indicators “point toward a firming Bitcoin price foundation.” McGlone specifically noted how the number of active addresses is reaching last year’s highs.
Although there isn’t a perfect relationship between addresses and Bitcoin’s price, the Bloomberg analyst wrote that the recent surge suggests the asset is somewhat undervalued:
“On an autoscale basis since the end of 2018, addresses used indicate a Bitcoin price closer to $12,000 vs. about $9,000 on May 4.”
Glassnode, a leading firm in blockchain analysis, has echoed the optimism.
They cited their new “Glassnode On-Chain BTC Index,” or GNI, which is trending higher as prices increase. This indicates that BTC is moving into a “bullish” market regime.
The GNI is derived from a number of indicators such as network growth, Bitcoin transactions, and investor sentiment in an aim to “yield insights” into “where Bitcoin may evolve.”
Chart from Glassnode
Watch Out for a Stock Downturn
Despite these tailwinds, Bitcoin and the rest of the cryptocurrency market will be negatively impacted by a downturn in the stock market.
After all, the Federal Reserve branch of Kansas City found that during periods of economic “stress,” BTC trades with a slight positive correlation to the S&P 500 index. On the other hand, Treasuries and gold trade with a negative correlation to the S&P 500.
Analysts, unfortunately, are charting a downturn in the stock market. Considering the correlation, such a move could spell doom for Bitcoin.
A recent report from Bloomberg indicates that technical strategists at JPMorgan Chase & Co believe that the S&P 500 is forming a medium-term price ceiling around 2,940 points:
“The S&P 500 Index staged a bearish reversal week after moving deeper into the large confluence of resistance levels surrounding 2,900. While the two-day pullback from that key resistance area is only tentative at this point, it at least marks a continuation of the trend deceleration pattern that started in mid-April.”
Goldman Sachs has echoed this tepid outlook, with analysts there noting that U.S. stocks are showing a similar sign to what was seen prior to the Dotcom Crash and the Great Recession.
It’s a fear that could negatively affect Bitcoin as aforementioned. As best put by BitMEX’s CEO in a recent newsletter:
“Bitcoin will be owned unlevered. Could the price retest $3,000? Absolutely. As the SPX rolls over and tests 2,000 expect all asset classes to puke again.
Photo by OC Gonzalez on Unsplash

On-Chain Data: Even After $5,000 Gain, Bitcoin Should Be Higher Than It Is Now written by Nick Chong @ https://bitcoinist.com/on-chain-data-even-after-5000-gain-bitcoin-should-be-higher-than-it-is-now/?utm_source=rss&utm_medium=rss&utm_campaign=on-chain-data-even-after-5000-gain-bitcoin-should-be-higher-than-it-is-now May 7, 2020 Nick Chong

Accurate Analyst Expects Chainlink To Sustain Over 70% Drop: Here’s Why

Ex-Bakkt CEO Kelly Loeffler Got $9M Payout as She Left for US Senate: Report