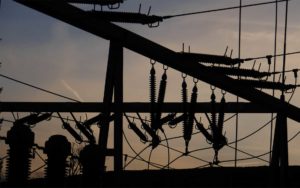 Details of the New Rates

In a press release issued by the New York PSC, high-density power consumers like cryptocurrency miners under the Massena Electric Department will pay new utility rates. The new rules approved by the New York PSC aims to protect existing electricity customers while at the same time encouraging miners from setting up shop in the area.

To qualify for this new rate, miners must exceed a demand of 300kW and a load density of 250 kWh per square foot per year. Also, they must provide proof of benefits attached to their consumption. The new directive is an economic development assistance package that virtual currency miners in the area can enjoy.

Commenting on the new rate plan, chairman of the New York PSC John B. Rhodes said:

No Downside for Existing Customers

One significant upside to the new electricity pricing policy is that it does not affect the rates paid by existing customers. Cryptocurrency miners and other high-density power consumers in Upstate New York that do not meet up with criteria will be placed in another pricing category.

Thus, existing customers are shielded from being made to pay a premium on electricity in an area that has one of the lowest utility tariffs in the United States. The new plan comes into effect on July 17, 2018.

Since the beginning of the year, cryptocurrency miners have been trouping into areas in Upstate New York looking to take advantage of cheap power and favorable climatic conditions. However, municipal power authorities weren’t best pleased with the development fearing that their power resources could become stretched.

In March, the New York PSA authorized power authorities in the upstate area to introduce premium tariff rates for cryptocurrency miners. With this new pricing plan, however, miners can rest easy now that they know where they stand.

Should other states that play host to significant cryptocurrency mining activities adopt the decision by the New York PSC? Keep the conversation going in the comment section below.