EXCLUSIVE: Mystery ‘8 Whale’ Moves 5% of Total Bitcoin Supply in the Past Month 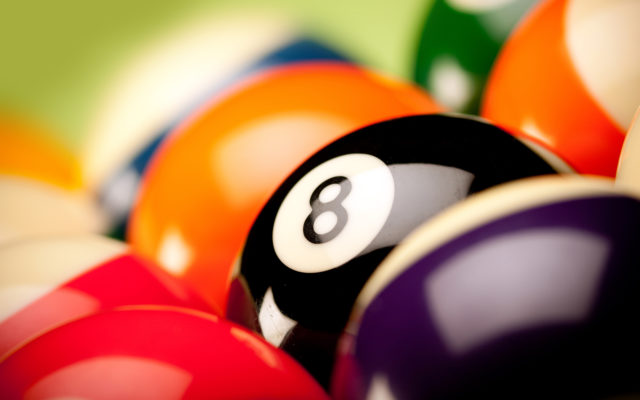 A new Bitcoin mystery has emerged. 848,000 BTC or almost 5 percent of the total supply, is contained within 106 addresses, each one holding exactly 8,000 BTC. What’s more, all were recently created as bitcoin reached the lowest price in over a year.

According to the ‘Rich List’ on BitInfoCharts, there are 106 Bitcoin addresses which reveal freakishly close similarities. These addresses number from 125 to 231 on the given list. Strangely, each one of them contains exactly 8,000 BTC.

Each one has its transactions deliberately structured to amount to give the number 8,000. For instance, some of the addresses have two transactions, adding up to exactly 8,000 BTC, while others have more than 10 in different bits and chunks to add up to the exact same number.

Just a popular, nice big round number you say?

Well, 10,000 is even nicer, and rounder. But there are only about 20 such addresses and they don’t share the same similarities as the 8K BTC bunch.

But it gets even weirder.

All of these (noticeably non-SegWit and non-multisig) addresses have received the funds within the same time period: from November 30th to December 6th. 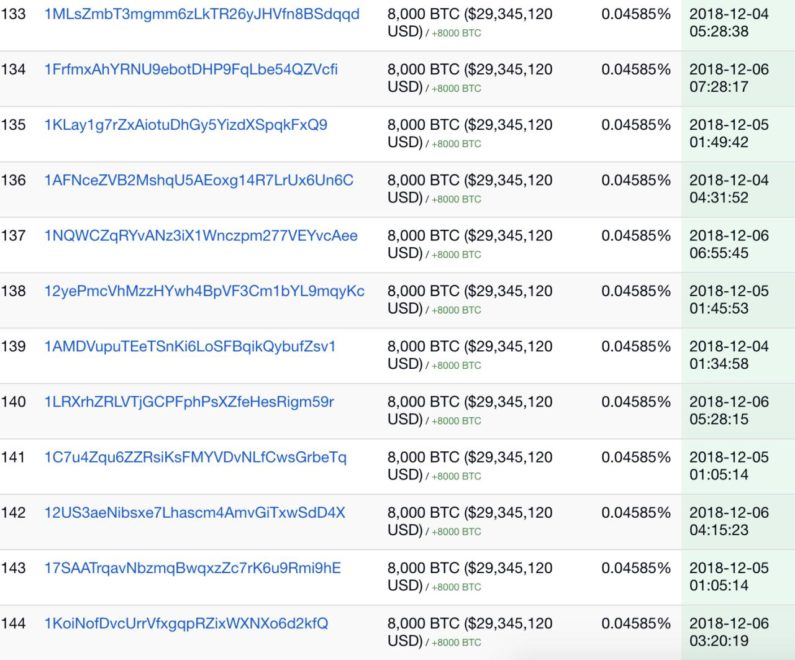 The transactional structure, the matching amount of BTC in each address, as well as the accumulation period indicate that all of these addresses have likely been created by the same entity.

So is it a major exchange moving funds?

Probably not. For one, creating over a hundred different wallets with the exact same number of BTC is not typical of an exchange. Additionally, most known exchange wallets are marked as such and many are found in the top 10 of the richest wallets list.

What’s more, these addresses comprise a staggering amount of almost 850,000 BTC. Compare this to Binance, which holds around 165,000 BTC in two different labeled cold wallets. Despite it being the largest crypto exchange in by volume, its holdings are still over 5 times lower than of the mysterious wallets.

If this mysterious ‘8 whale’ is indeed one entity, the total amount dwarfs even the richest wallet address on the list belonging to Bitfinex with around 138,000 BTC.

$3.18 Billion Worth of BTC at Year Low Prices

Even more interesting, all of the 106 wallets have been created while Bitcoin was trading at its lowest price 00 in over a year.

The highest price of BTC during the mentioned 7-day period of creation was around $4,320 according to CoinMarketCap. Prior to November this year, the last time Bitcoin was trading under $4,320 was in October 2017.

It’s unclear what the purpose of this structuring is or who, in fact, ultimately controls the private keys.

We also don’t know whether the entity controlling this massive amount of BTC (assuming it’s the same entity) is simply trying to not put all the eggs in one basket or is distributing the funds for some other purpose. 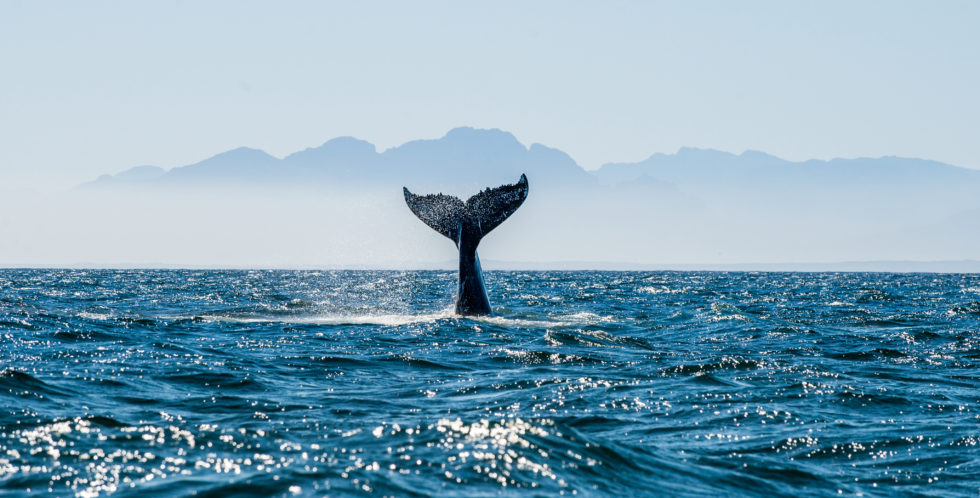 Could a super-wealthy investor or fund manager be moving this many bitcoins over-the-counter? Are they Chinese? (The number 8 is indeed culturally significant in China and associated with fortune.)

But if this was indeed ‘buying’ – wouldn’t the price shoot up during the given period considering roughly $3.1 billion was moved at today’s prices?

Perhaps it’s an early adopter who’s spreading out their holdings to mitigate risk and/or collect forked coins? Or maybe it’s a major institution moving its funds around? Grayscale Bitcoin Investment Trust, for example, was reported earlier this month to now control 1 percent of total supply. Could there be an even bigger unknown institutional player moving billions beneath the surface?

One can only guess.

However, with the prices and transaction fees being as low as they are, it’s safe to say that whoever did this, likely did it at the right time.

What do you think of this peculiar accumulation of 8K BTC addresses? Don’t hesitate to let us know in the comments below!

The post EXCLUSIVE: Mystery ‘8 Whale’ Moves 5% of Total Bitcoin Supply in the Past Month appeared first on Bitcoinist.com.

From Blanket Ban to Its Own Stablecoin: How Facebook’s Relationship With Crypto Changed Over 2018