Crypto.com Bought by Monaco for Millions as Part of Rebranding Campaign 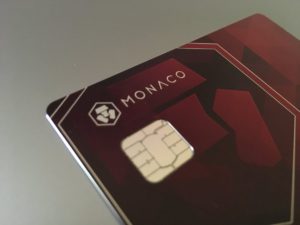 Monaco – the cryptocurrency debit card company has acquired the domain Crypto.com for an undisclosed amount. The domain was bought from Matt Blaze, the college professor who registered it in 1993.

While no official price tag has been provided for the sale, a report from The Verge cites experts who have placed the value of the domain at as much as US$10 million.

Even with this valuation, the sale of the domain will probably be still a surprise to people in the cryptocurrency space.

Matt Blaze had, in the past, been very clear about not wanting to sell the domain even with the massive interest in cryptocurrencies, which placed a premium on domains with similar root words. As a security researcher, the “crypto” in the domain was his reference to cryptography.

Blaze had been reportedly courted by several buyers for years but had expressed his refusal to sell, even publicly shutting down potential offers as recently as early this year.

For anyone else trying to contact me for this reason, don’t bother. Not for sale. https://t.co/S8yKT4J5IF

No reason has emerged at this point to explain Blaze’s change of heart, though people directly involved in the deal like Monaco CEO Kris Marszalek have reportedly hinted that it could have been about more than the money.

OWNING CRYPTO.COM ALL IN THE NAME OF REBRANDING

For Monaco, though, the motive for the buy was specifically for rebranding. It is betting on a new identity with Marszalek quoted as having said,

This is a very powerful identity that we are taking on. It’s representative of the entire category so it comes with a huge responsibility on us to carry the torch. We don’t take it lightly and this is one of the things that I think we conveyed successfully, that, as a company, we do have a higher purpose.”

Monaco, founded in 2016, faced a rough patch in 2017 after a report debunked claims that it had partnered with card and payments giant Visa. The value of its MCO token 00 also dropped by 40 percent after a change had been made its card’s roadmap and it even faced scam accusations.

With this rebranding campaign, Monaco has secured the Crypto.com domain which will be the new name for its parent company while MCO – the name carried by its currency – will be adopted for its Visa card and wallet.

It remains to be seen how the new names will impact the fortunes of the debit card company,

Do you think the Crypto.com domain can reposition the Monaco brand? Did the company pay too much for the domain? Share your comments below.

The post Crypto.com Bought by Monaco for Millions as Part of Rebranding Campaign appeared first on Bitcoinist.com.