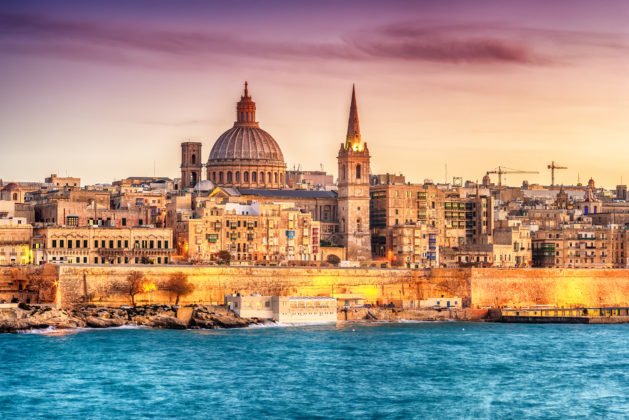 Malta’s Prime Minister, a noted fan of blockchain and cryptocurrencies, found himself unwittingly in the center of an investment scam as conmen fabricated a fake Instagram account in his name.

As Bitcoinist has noted in the past, the tiny island nation of Malta has taken a number of steps in order to become one of the globe’s most welcoming and proactive countries when it comes to cryptocurrency and blockchain tech.

Leading exchanges like Binance and OKEx have announced plans to move to the European island. Research from Morgan Stanley in late April indicated that country was the global leader in cryptocurrency trading volume.

Government officials in Malta have remained bullish as the nation starts to position itself as a leading virtual currency hub.

The chief of the Malta Banker’s Association referred to blockchain as a “banker’s dream” in an interview, while Prime Minister Joseph Muscat has called cryptocurrency the “future of money.”

However, the Malta Independent recently reported how Prime Minister Muscat was impersonated by a group of scammers who created a fake Instagram account in his name to try and peddle a Bitcoin investment scheme.

Too Good To Be True

According to the Independent, an “industrious and seemingly Chinese conman” built a fake Instagram profile for the Prime Minister that included a call to reach out to a Wang Wei for a Bitcoin 00 investment scheme. It promised an “enormous return on investments within a month’s time.” 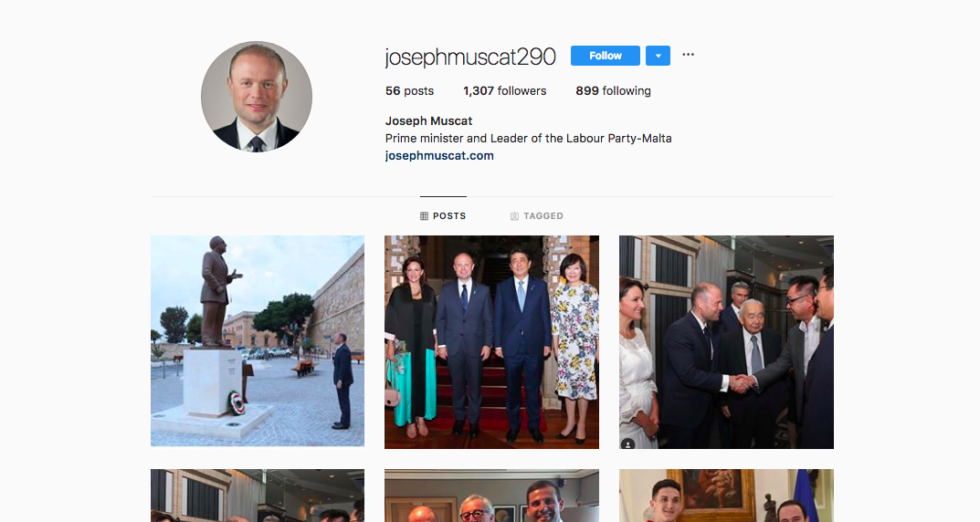 The ‘recommendation’ to speak with Wang Wei was posted on Wednesday— fraudulently in the Prime Minister’s name. Soon after it was removed from Instagram.

As of press time, the fake Instagram account for Prime Minister Muscat was still active. The account has about 1,300 followers and includes many Maltese citizens — as well as a handful of senior politicians in the country.

Prime Minister Muscat’s actual Instagram account has 15,000 followers and is verified by a blue checkmark. The page’s biography notes how the account is run by the Labour Party. 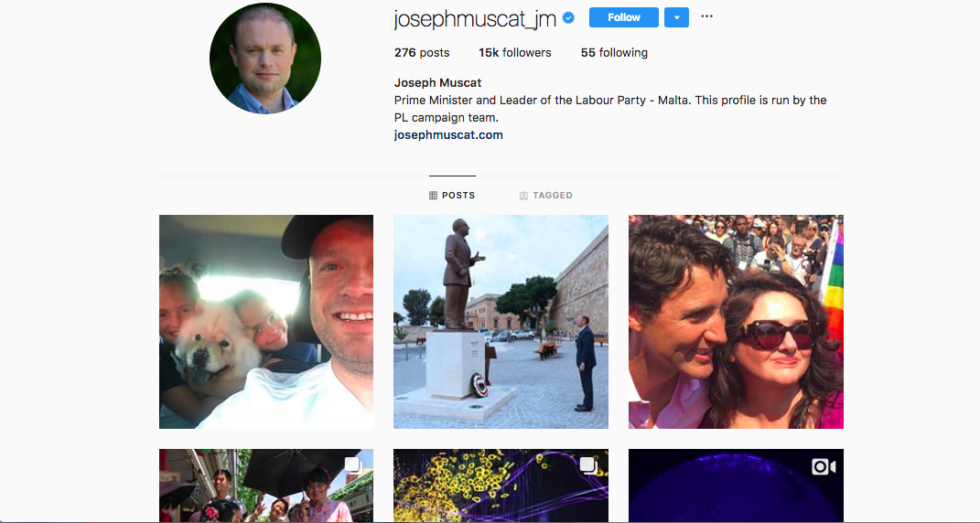 Right now, the people behind the fake account for Prime Minister Muscat remain a mystery.

The Independent also identified an Instagram account associated with Wang Wei, which had just six posts as of press time.

The popularity of cryptocurrencies like Bitcoin mean there’s no shortage of opportunistic scammers who are looking to impersonate others in hopes of cashing in.

In early May, Richard Branson wrote a blog post about the growing issue of fake stories linking him to “ get-rich-quick schemes, fake pages, misleading ads, false endorsements, and fake binary trading schemes.” Branson said that Virgin’s legal team was working hard to take down any misrepresentations.

Another jerk is pretending to be me on Twitter. He is suggesting you pay him to mine bitcoin. If someone is, please report him or ignore him. If there is any question, email me..

Unscrupulous cryptocurrency scammers have created bots to steal Twitter identities to trick people into getting involved in fraudulent investment schemes and giveaways, while others have exploited Twitter’s verification process to impersonate big brands in the digital currency world.

What are your thoughts on impersonations and other scams in the cryptocurrency world? Let us know in the comments below!

This is How to Make a Profitable Investment in Crypto, Former Bitcoin Foundation VC Shares the Trick