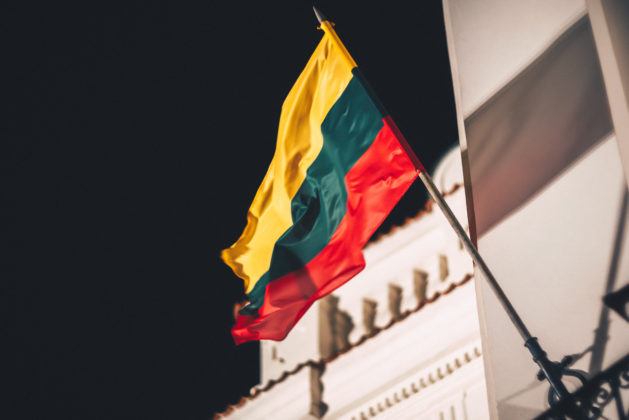 The Bank of Lithuania announced that it had completed the research phase of its blockchain project called LBChain. The central bank now plans to deploy the platform by the end of 2020 and expand its use cases beyond the financial sector.
Bank of Lithuania to Expand its Blockchain Capabilities Beyond Financial Sector
Earlier this week, the central bank of Lithuania successfully completed its third and final stage of the LBChain project. During the three phases, the bank developed a unique sandbox that merged technological and regulatory infrastructures.
Now the bank is ready to develop the Lithuania Chain (LTChain). The latter is an upcoming blockchain platform to be used in the country’s energy, healthcare, and transport sectors. The bank will collaborate with other government agencies and attracts startups from the mentioned sectors.
LBChain project manager Andrius Adamonis explained:
LBChain has proved to have enormous potential. It is the cradle of future technologies, offering the opportunity of creating state-of-the-art solutions. Having been already tested by financial market participants, the platform may also be applied in such fields as energy or healthcare.
As per Adamonis, the next step is to advance to the production phase and make the blockchain solution available to consumers.
During its development stages, the platform was used by 11 fintech firms from eight countries. It was trialed in over a dozen financial products and services. The developers noted that most of the testing was done remotely.
The LBChain platform uses the infrastructure provided by Hyperledger Fabric and R3’s Corda. The solution was developed by IBM Polska and TietoEVRY. Professional services giant Deloitte also took part in the development and testing of LBChain.
The Bank of Lithuania says that LBChain is the world’s first blockchain platform developed by a financial market regulator. The bank has developed it in two years. The first stage focused on concept creation. The prototype was tested in the second phase, while the final stage was focused on the final development and testing.
LBChain platform: source: https://www.lb.lt/en/lbchain
Use Cases Included Bond Issuance and Regulatory Reporting
During the three stages of development and trial, sandbox participants used the platform for various use cases. A startup used LBChain for a regulatory reporting solution. Another firm leveraged the technology for issuing green bonds.
Other examples of tested solutions involved KYC system for AML compliance, smart contract for factoring, cross-border payments, unlisted share trading platform, payment token, and crowdfunding platform, among others.
Adamonis said the project attracted foreign investment, encouraged cooperation with educational institutions and expanded the central bank’s technological capabilities with the help of blockchain.
In the future, the Bank of Lithuania intends to attract more startups from abroad to improve cooperation between the public and private sectors.

Analysts Foresee a Harsh End to Bitcoin’s Uptrend if It Losses $9,350