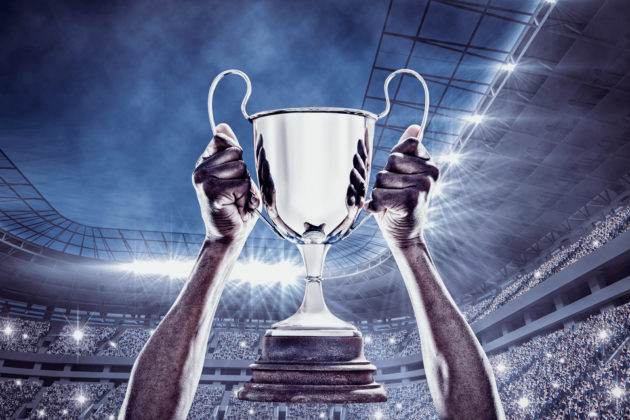 Eric Larchevêque, CEO and co-founder of cryptocurrency hardware wallet-maker Ledger, has won a French award for the startup leader whose model has the greatest potential internationally.

The prestigious regional prize in Ernst & Young’s (EY) 26th Entrepreneur of the Year 2018 awards, located in France, is “Startup of the Year.” Ledger’s Eric Larchevêque can lay claim to this award, as well as the “Born Global Award” for the international potential of his startup Ledger.

Ledger’s potential has already turned into an international success. A few days ago, the reputable cryptocurrency hardware wallet manufacturer announced that it had achieved sales of 1.3 million units.

The ledger startup, created in January 2015, was formed from an amalgamation of companies including Chronicon-RadioceRos and BTChip.

In the first round of funding in 2015, Ledger raised the equivalent of over $6 million USD. The company then went on to raise a further $75 million in 2017. Today Ledger has 150 employees on three continents, generating over $50 million in sales revenue in 2017.

Ledger won the @EYnews Born Global – France award after having won the regional start-up of the year! This prize is awarded to the start-up with the biggest international potential.

You can read more about us having won the prize (in French) here: https://t.co/L06JKbsvM7

Regarding the success of the Ledger cryptocurrency wallets, Larchevêque recently pointed to a combination of security and affordability. Ledger has a handful of competitors in the market including TREZOR and KeepKey. TREZOR is also popular, with reports suggesting it had sold around 800,000 units by January 2018.

EY’s national awards in France have a serious process behind them, the same as with its equivalent awards programs in other countries. In France, juries meet in seven French regions to analyze the nomination applications received. Regional winners are selected, meeting in a national final for the overall category winners to be selected. The national awards ceremony then happened this year on October 18, 2018.

Larchevêque and Ledger won the regional round for Paris, as “Startup of the Year” before winning the national “Born Global Award.”

Larchevêque is a serial entrepreneur who opened a French Bitcoin Center, “La Maison du Bitcoin,” before going on to co-found Ledger.  He’s reportedly giving himself five years to make Ledger “ […] a European technology giant of blockchain applications.” The entrepreneur may be well on the way to his goal.

What are your thoughts about Ledger’s new awards? Let us know in the comments below!