Is the DeFi boom driving the Ethereum derivatives market?

DeFi has been a widely talked-about sector over the past few months. This is not at all surprising in light of the fact that DeFi’s market cap has risen exponentially over the summer. A look at DeFi Pulse’s charts clearly underlined the rate of growth since the TVL in DeFi had risen to $6.69 billion, at the time of writing, with the figure climbing from a mere $1.5 billion two months ago. At the same time, while $815M were locked in for Compound, the TVL for Synthetix was upwards of $756M. 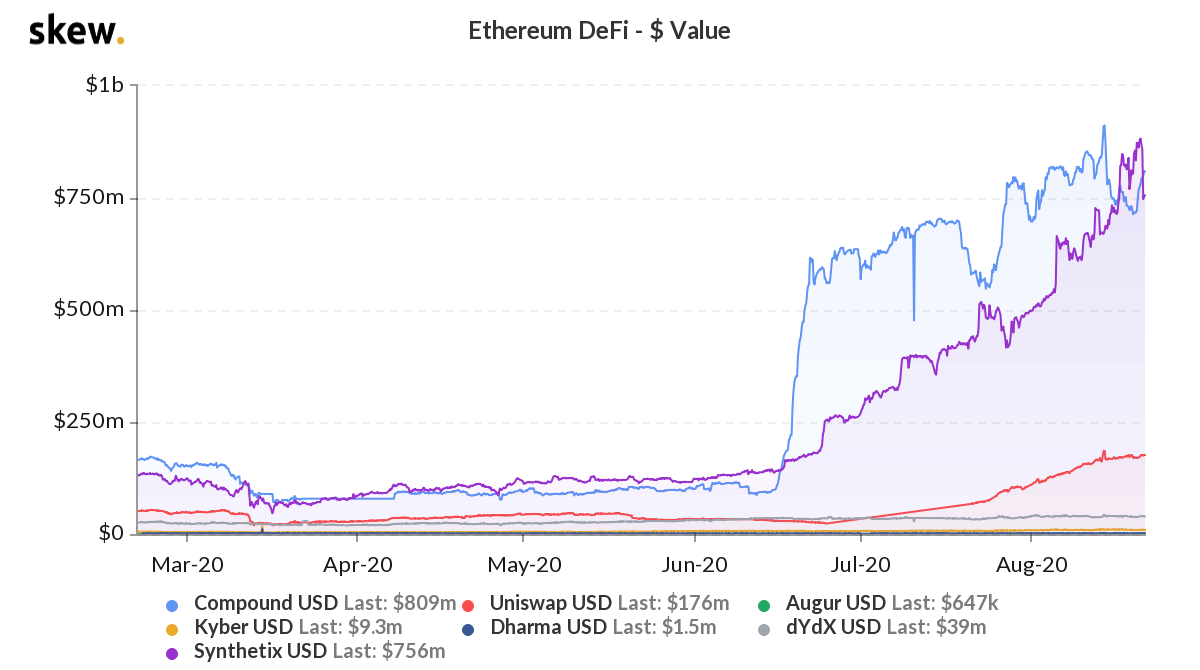 However, that’s not all, as the explosive growth in the DeFi space has directly influenced transaction costs in Ethereum as well. High transaction fees could be counterintuitive to the price and demand of Ethereum. However, it can be argued that the opposite is true too as an increase in demand for DeFi has left traders scrambling for more Ethereum “gas” to pay network fees, driving Ethereum’s demand in the long run.

Such surging demand has allowed the sentiment in the Ethereum market to remain largely bullish, with the same highlighted by the Aggregated Open Interest in Ethereum Futures charts from Skew. 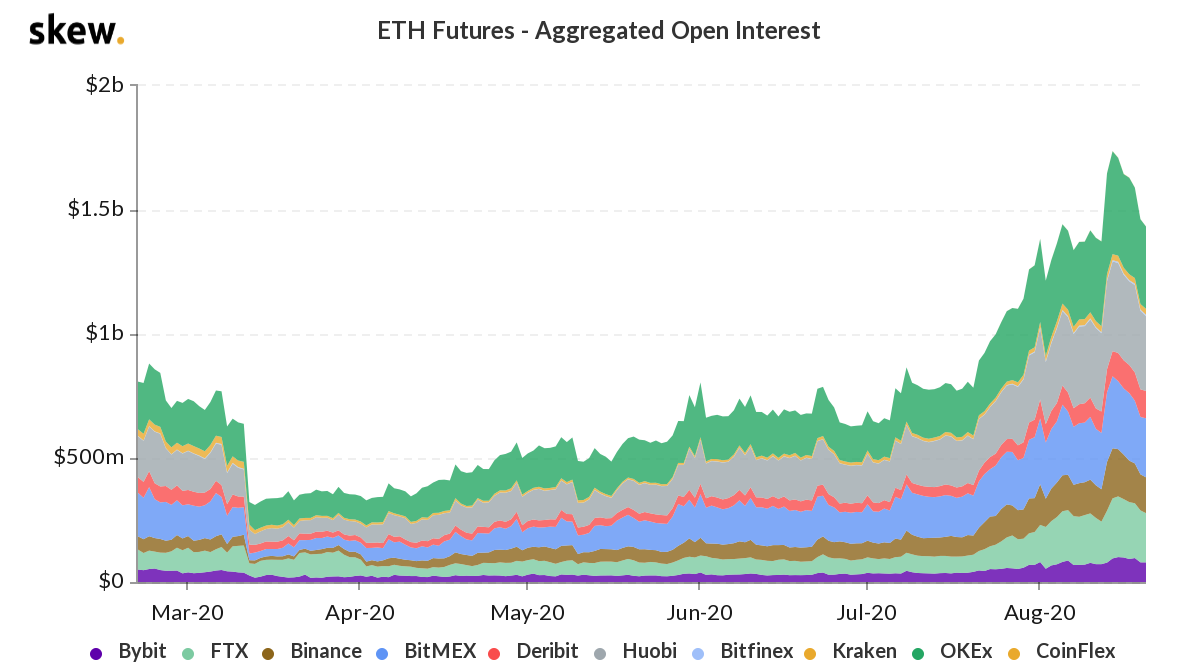 With DeFi on such a run, it can be argued that its growth is driving Ethereum, an interesting observation since the latter’s blockchain powers DeFi and “gas” remains essential to DeFi’s traders. With DeFi growing by the day, Ethereum will grow too. In fact, there is precedent for this too, with DeFi’s boom in July believed to have pushed Ethereum’s market cap to its highest point since August 2018.

DeFi’s growing market dominance, coupled with the rise in Aggregated Open Interest, leads one to conclude that derivatives traders are positive on the price of Ethereum, at least until the end date of the contracts that are currently open.

Another popular example of DeFi’s success driving Ethereum’s price was back in January when Chainlink launched new Data Reference Networks, with the team noting that,

This, again, put emphasis on the fact that contrary to popular belief, DeFi’s accelerating growth and adoption may be a catalyst for growth with respect to Ethereum’s price on spot exchanges and Open Interest/trade volumes on derivatives exchanges. New developments in the DeFi space, an increase in DeFi’s unlocked value (USD) and market dominance, and the launch of new products have all contributed to the positive sentiment around Ethereum’s price.

While many have argued that scalability held Ethereum back for the longest time, it would now seem that the DeFi explosion may hold the potential to push Ethereum to previously unseen levels in terms of price and market capitalization.

The post Is the DeFi boom driving the Ethereum derivatives market? appeared first on AMBCrypto.