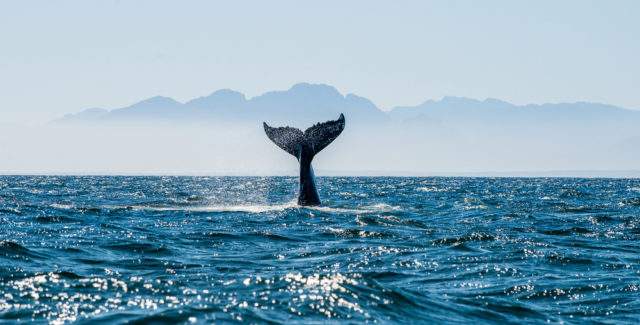 Bitcoin saw a sharp bounce into the $9,000 region overnight following a multi-day bout of consolidation within the $8,000 region
The cryptocurrency now appears to have reached a “decision point” and where it trends from here could set the tone for where it goes in the coming weeks
The current unclarity surrounding BTC’s mid-term trend has coincided with a massive decline in large transaction counts, signaling that large traders and investors are increasingly moving to the sidelines

Bitcoin has seen a sharp upwards movement today that has allowed it to firmly surmount the $9,000 resistance that it was previously stuck beneath.
It now appears that the crypto could be poised to make an even larger movement in the hours and days ahead, as one technical pattern suggests that it could be decision time for the benchmark cryptocurrency.
Concurrently with this, the crypto has seen a sharp decline in the number of large transactions occurring on-chain. This signals that large spot traders are largely moving to the sidelines as its mid-term trend grows increasingly unclear.
Large Bitcoin Transaction Count Dives as Price Continues Ranging
Although today’s price movement was certainly significant on lower time frames, its macro outlook still remains unclear.
This uptrend led Bitcoin to highs in the $9,200 region before it faced a swift rejection here. It is now caught within the same consolidation channel that it had been trading within prior to its recent breakdown to lows of $8,800.
As such, it does appear that the crypto’s price action can largely be characterized as rangebound until it is able to firmly break above $9,200 or below $8,800.
Large traders seem to agree with this notion, as a dive in transactions worth over $100,000 signals that spot traders have moved to the sidelines while they await a trend-defining movement.
Data from blockchain analytics platform IntoTheBlock reveals this trend:
“The number of Large Transactions greater than $100k for Bitcoin started to decline consistently from 9.71k transactions on May 19 (moving 1.04m BTC and $10.93b) to 8.94k transactions on May 26 (moving 798.54k $BTC and $7.07b). This reduction represents an 8% decline.”
Data via IntoTheBlock
Here’s Why Large Traders May be Sidelining
From a technical perspective, it appears that “decision time” is rapidly approaching for the benchmark cryptocurrency.
The crypto’s cloud pattern has been tightening as of late, with both buyers and sellers trying to catalyze breaks of its upper and lower boundaries.
Once it does firmly breakout of its cloud, Bitcoin will likely see some massive momentum.
A popular cryptocurrency analyst spoke about this in a recent tweet, offering a chart showing the aforementioned formation while also noting that BTC is likely to soon make a trend defining movement.
“Decision time coming soon, cloud tightening,” he said while pointing to the below chart.
Image Courtesy of Teddy
Featured image from Shutterstock.

Here’s Why Bitcoin’s Large Transaction Count Has Slid 8% Over the Past Week written by Cole Petersen @ https://bitcoinist.com/heres-why-bitcoins-large-transaction-count-has-slid-8-over-the-past-week/?utm_source=rss&utm_medium=rss&utm_campaign=heres-why-bitcoins-large-transaction-count-has-slid-8-over-the-past-week May 27, 2020 Cole Petersen