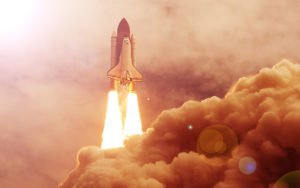 The official release of Waves Client has finally been announced. Here’s everything you need to know.

After 53 beta releases and thorough testing from the Waves development team, Waves Client has finally launched — and promises exceptional functionality and security.

Waves is already well-known for featuring an intuitive user interface and not requiring users to synch the blockchain when using a local wallet. It also boasts robust security with client-side signatures, an outstanding decentralized exchange, high levels of liquidity, and an extremely fast platform.

Furthermore, gateways within the client allow users to deposit popular crypto and fiat currencies (BTC, BCH, ETH, ZEC, DASH, LTC, XMR; EUR, USD and TRY), and receive tokens for these that can be held or traded on DEX. Tokens may also be cashed out for crypto or fiat to external wallets or bank accounts via the same gateways.

Finally, Waves smart contracts will allow for the control of accounts via features such as multi-sig, balance freezing and more. Turing-complete contracts will be launched later this year. 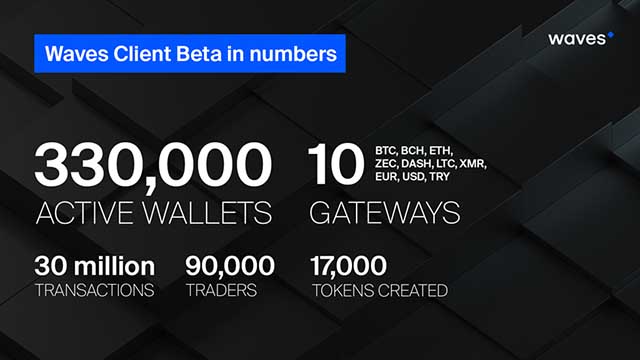 With all of this already established, Waves has finally released the full version of its client.

While the latest version of the software is highly stable, effective, usable, and functional, it is the newly designed decentralized exchange (DEX) that has seen the biggest change.

The new Waves DEX now has a completely redesigned interface accompanying new APIs and improved stability — all thanks to a data infrastructure that has been custom built by the Waves development team. The addition of night mode and an asset manager is also a nice touch to the facelifted platform. 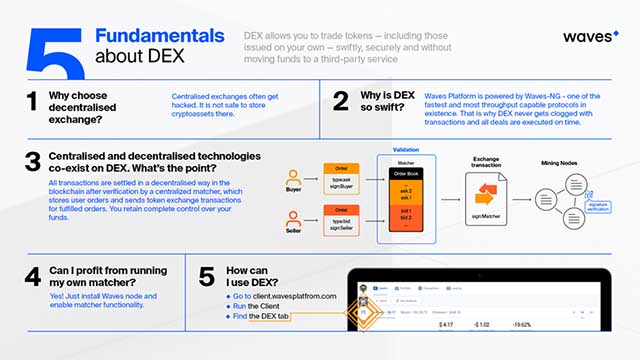 The new version of Waves DEX put it into greater competition with other top cryptocurrency exchanges, especially considering its already-high liquidity and low fees and increased levels of sophistication and functionality. The company now expects to see more traders joining the platform — which has notably not experienced a hack or any unplanned downtime.

The Waves team next plans on integrating the Waves Client with various hardware wallets, implementing two-factor authentication, and releasing smart accounts on its mainnet.

This is the best client for #crypto to date. Install and see for yourself. https://t.co/KXSHmqVNZp

What do you think about Waves launching out of beta? Let us know your thoughts in the comments below!