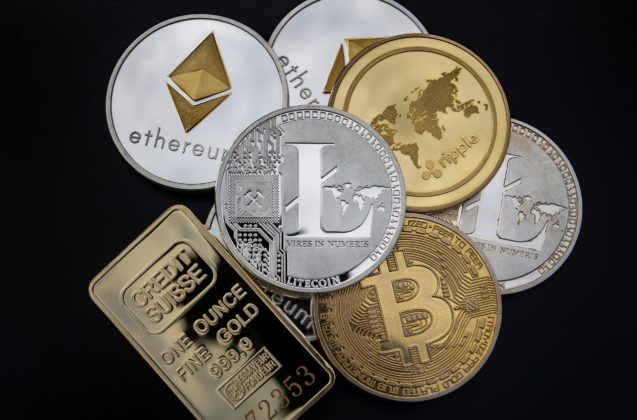 As the United States Fed prepares to issue additional stimulus and economic relief efforts, assets like Bitcoin and Gold are gearing up for yet another leg up.
How will the latest move to save the economy from a devastating depression impact these two, scarce, safe-haven assets in the days ahead?
Federal Reserve Delivers Somber News About Economy, Pledges More Stimulus If Necessary
This morning, Federal Reserve Chairman addressed the world via a webcast and revealed that the United States is likely to face an “extended period” of poor economic growth and incomes as the world recovers from the impact of the lockdown.
Powell says that although the United States’ response has been “swift and forceful,” prior stimulus packages and the ones planned in the future will take time to gain momentum. The Fed Chair urged consumer spending to further combat any additional economic downturn, and pledged that the Fed would use more of its money-printing power if needed.
RELATED READING | MOVE OVER STOCK MARKET: BREAKING DOWN BITCOIN’S UNUSUAL CORRELATION WITH BEYOND MEAT
While stimulus efforts taking time to gain momentum may be a challenge for the Fed and the US economy, it is a boon for safe-haven assets like gold and Bitcoin, which have recently reached pivotal resistance levels.
The two assets are limited in supply, making them an ideal hard asset for capital to be stored during periods of inflation. And with more money being printed to prevent further economic downturn, gold and Bitcoin are set to show their true value in the months ahead.
Economic Downturn and Inflation Due to Stimulus Could Take Bitcoin and Gold to New ATH
Bitcoin and gold, however, are both dealing with critical overhead resistance preventing them from rallying further, even despite the turmoil the economy is facing.
Stimulus checks are going toward the assets, but profit-taking at these key levels after a strong rally over the last two years is keeping prices at bay and stopping a further breakout.

BTC/USD & XAU/USD CHARTS PROVIDED BY PRIMEXBT – A BITCOIN-BASED MARGIN TRADING PLATFORM OFFERING ACCESS TO OVER 50+ ASSETS INCLUDING CRYPTO, FOREX, METALS, OIL, GAS, AND INDICES.
Gold is facing former resistance from all-time high trading ranges set at the peak of the last recession. At that time, gold prices skyrocketed to a peak of $1,900. Analysts are now anticipating the precious metal to reach prices of $2,000 to $3,000 an ounce before a bigger pullback in the back half of the year.
RELATED READING | BITCOIN HALVING FACTS: PAST PRICE DATA MAY SHED LIGHT ON WHAT’S TO COME
Bitcoin, however, is trading just above $9,000 after a handful of attempts to breach over $10,000 throughout 2020 so far. The asset just had its “halving” that saw the already scarce supply further reduced.
The latest news coming from Powell and the Fed could have the potential to push these assets beyond these hard-to-break resistance levels and trend towards setting new all-time highs.
Featured image from Pixabay.

Is the Worst Behind for Bitcoin as It Recovers from Pre-Halving Dip?