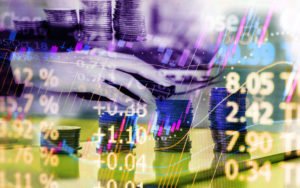 Flow Traders NV, Europe’s largest exchange-traded funds (ETF) trader has begun buying and selling Bitcoin and Ethereum exchange-traded notes (ETN). The company becomes the first to reveal its participation in any cryptocurrency ETN. The big question now is, when will a Bitcoin ETF become a reality?

An ETN isn’t all that different from an ETF. The principal difference between the two is that ETFs are investments in funds that track the price movement of an asset whereas ETNs are more like investing in bonds.

Flow Traders is trading in the Bitcoin and Ethereum ETNs launched by XBT Provider in 2015 and 2017, respectively. XBT is listed in Sweden with an asset management portfolio north of $1 billion.

This news of a cryptocurrency ETN listed on a regulated exchange is perhaps the most significant virtual currency news since the emergence of Bitcoin futures trading in December 2017. For one thing, it is yet another investment vehicle that is right up the alley of institutional investors.

Many analysts and commentators have identified the entry of institutional money into the cryptocurrency space as the next milestone in the growth of the industry. Investment products like futures, ETNs, and ETFs provide a much more viable option for these investors than the usual cryptocurrency trading market.

Commenting on the development, Dennis Dijkstra, the co-CEO of Flow Traders NV said:

People underestimate crypto. […] It’s big, and it is to be regulated very soon. The market participants are much more professional than people think. Institutional investors are interested – we know they are because we get requests.

How the ETN Works

As a high-frequency trader (HFT), the company plans to hedge each trade as quickly as possible regardless of the direction of the Bitcoin and Ethereum price movements. To do this, Flow Traders is hedging its ETN with CME and CBOE futures contracts. All of these, in theory, should lower slippage while increasing liquidity.

According to Dijkstra, the approach holds immense benefits for the company. He did not provide any details concerning whether the Flow Traders will utilize Bitcoin or Ethereum to hedge each trade, however.

The Quest for Bitcoin ETF

With an ETN already a reality, perhaps a Bitcoin ETF might be a possibility in the not so distant future. So far, the United States SEC has remained unwilling to approve any of the Bitcoin ETF proposals it has received.

The narrative was that the emergence of futures trading would herald the dawn of Bitcoin. However, half a year has come and gone since then and still no favorable decision from the SEC has been forthcoming. In June 2018, two prominent firms; VanEck and SolidX decided to collaborate with the hope of standing a better chance to obtain the much sought-after SEC approval for cryptocurrency ETF.

Will the trading of Bitcoin and Ethereum ETNs help pave the way for a Bitcoin ETF? Let us know what you think in the comments below.