Ethereum [ETH] may rank second in terms of popularity among major cryptos but has definitely turned out to be a good investment in 2020. The digital asset has been returning nearly 174% to its investors in YTD. As its returns increase, the crypto community has been focused on the circulating supply of the coin, as many in the ecosystem have been asking the co-founders about it but Vitalik Buterin could only provide a “rough” estimate.

However, Free Float supply, a metric used by CoinMetrics to help traders in identifying the supply which may not be available to the market in the short to mid-term. On-chain supply has been the first step towards analyzing an asset’s true supply, however, there were other aspects like staked coins, coins held by an official foundation, etc. that need to be considered in order to identify the true supply. Free Float took these features into consideration.

As per the methodology used by the data provider, ETH’s free float supply stood at 108.0436 million as of 11 August. 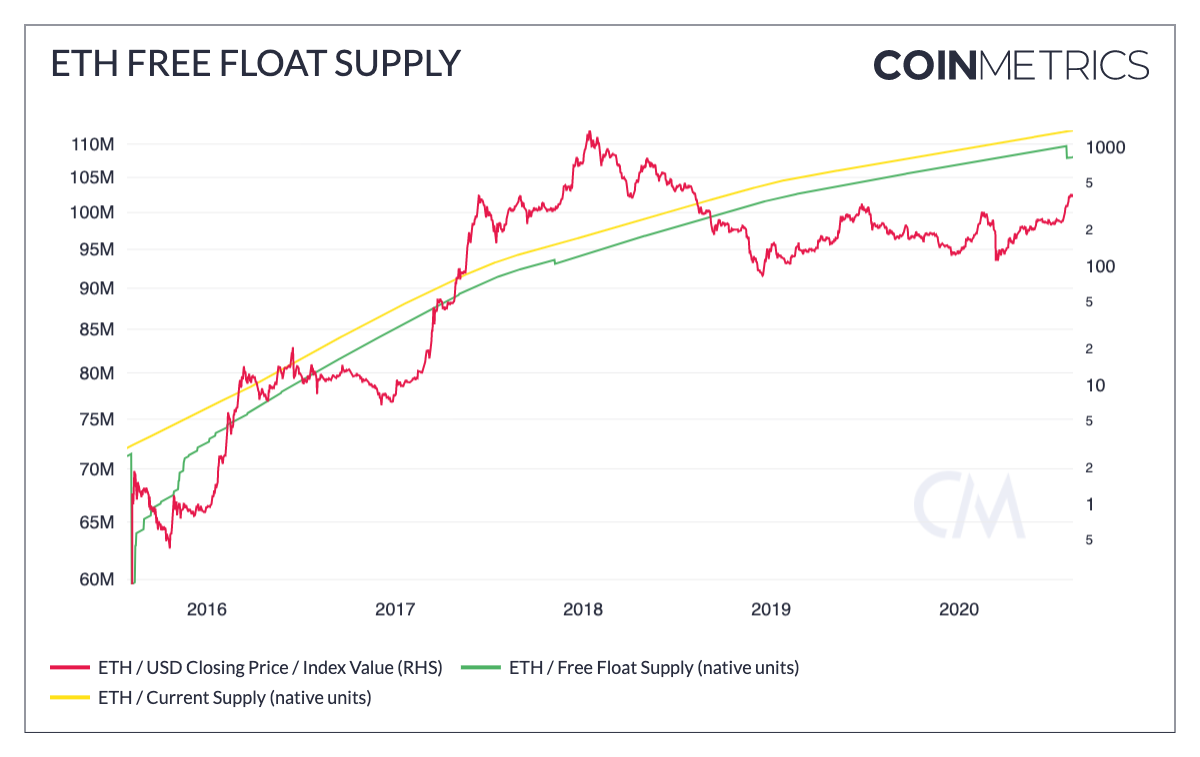 As per data, Ethereum’s Free Float Supply has consistently increased ~1.2 million for each of the last five quarters, i.e. since the block subsidy adjustment from 3 ETH to 2 ETH. This growth in supply can be attributed to the newly mined supply which is introduced every block, with 1.24 million ETH mined during Q2. Adding to this, the Ethereum foundation issued 11k ETH during the quarter, which resulted in a total increase in Free Float to 1.25 million in Q2.

Ethereum will be turning five years old in Q3, and this will allow the identification of long term holders that have not transacted since the genesis block or shortly after. This may also cause an impact of ETH’s Free Float Supply more than before.

Whereas, the Ethereum Free Float Supply percentage has managed to surpass Bitcoin [BTC] , XRP, Litecoin [LTC] , Bitcoin Cash [BCH] , Cardano [ADA] , and Tezos [XTZ] . The Free Float supply percentage was the total liquid supply of an asset and as per CoinMetrics’ data it is close to 96.35% of ETH supply was freely available to the market, at press time. 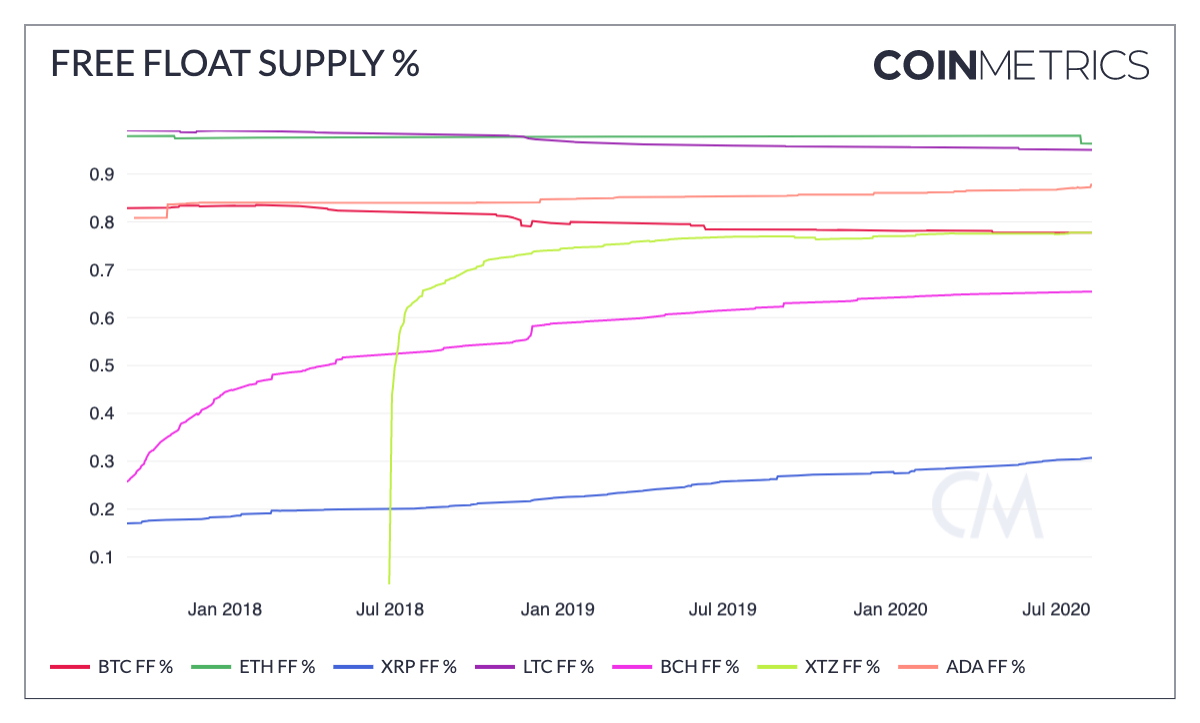 Despite the available value, it was important to verify the on-chain supply and not just trust the data providers. Users have been trying to shed light on the circulating supply of Ethereum, however, they have different values depending on the source used to get the data. One such user, provided the script to compute the total supply and was also awarded the promised bounty by Bitcoin proponent, Pierre Rochard.