Disclaimer: The following article attempts to analyze the short-term impact of emerging patterns in the Ethereum market along with its price.

On late 13 August, the Ethereum market rallied by at least 10% within 5 hours, as the price of the second-largest digital asset surged from $391 to a peak of $432. The sudden boost in price introduced great volatility in the Etheruem market, however, the volatility did not translate into a bearish pressure, but highlighted the current strength of the bulls in the Ethereum market.

Previously, the price of Ethereum was stuck between the range of $335 and $400, however, as the market continued with its bullish speculation, the price surpassed this resistance point. At press time, Ethereum’s value dropped to $422.75 and has been moving sideways following the spike.

According to the hourly chart, the price of the asset was forming a part of an ascending channel with its higher highs and higher lows. Traditionally this pattern has been considered bullish, and a breakout was imminent in the short-term. Eventually, on 13 August, the price broke out of the ascending channel, and as per the Bollinger bands, it also paved way for great volatility as the bands diverged. With the signal line remaining under the price bars, a bullish market has been pronounced currently, as the price traded higher.

However, the Relative Strength Index noted that the asset was lying in the overbought territory and it may be primed for a trend reversal. 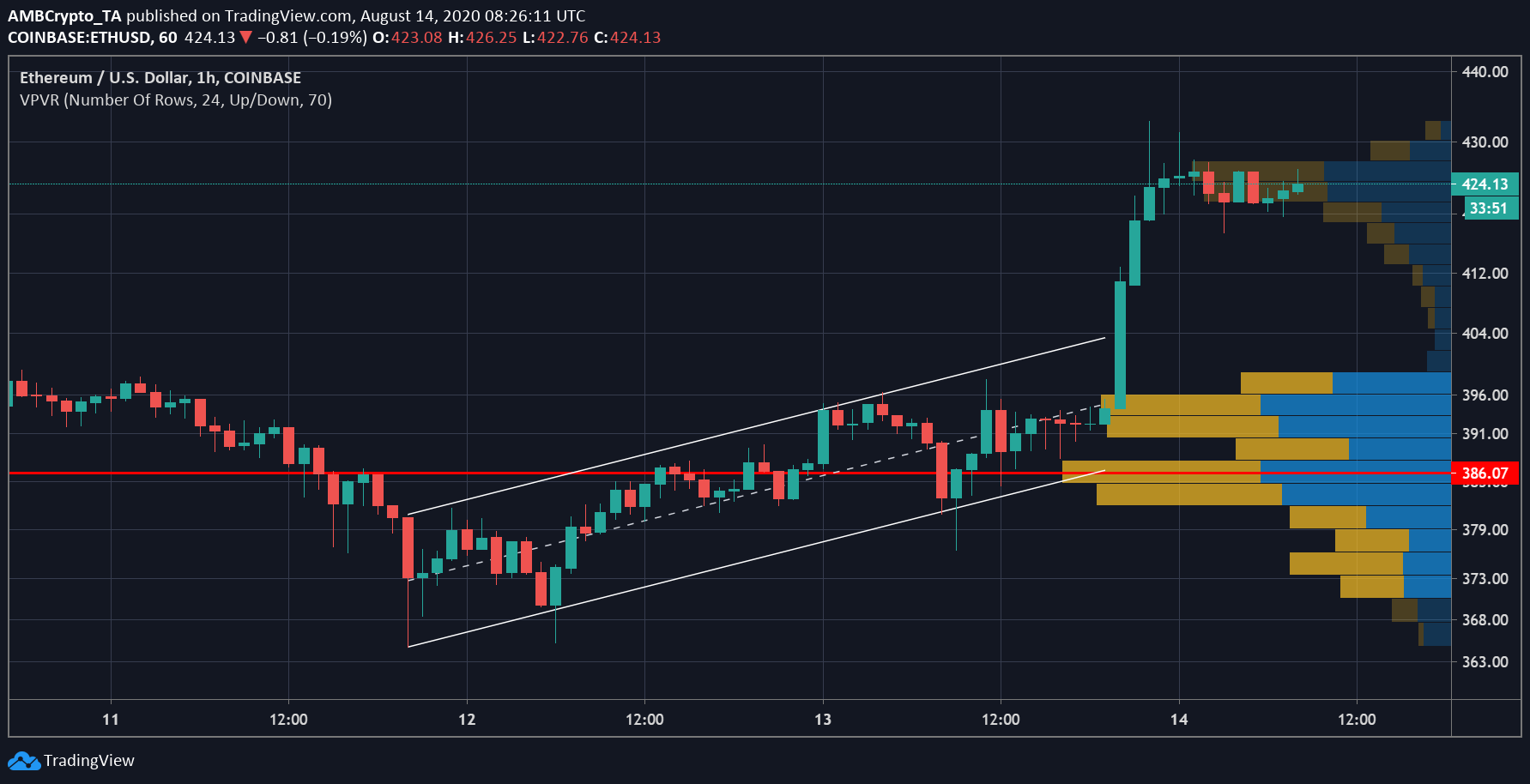 If the trend reversal takes place anytime soon, the price of Etheruem will jump directly to $396, which has been an actively traded zone after $427. $396 has been acting as strong support and resistance point for ETH’s price in the past. If the price reached this level, it will definitely bounce back. However, there have been strong support points marked close to $396 if ETH continued to sink.

The break out from ascending channel may have pushed the price of the asset higher, but has also put ETH in an overbought zone. The coin may witness a correction in the market and the target price for the asset will be $396.