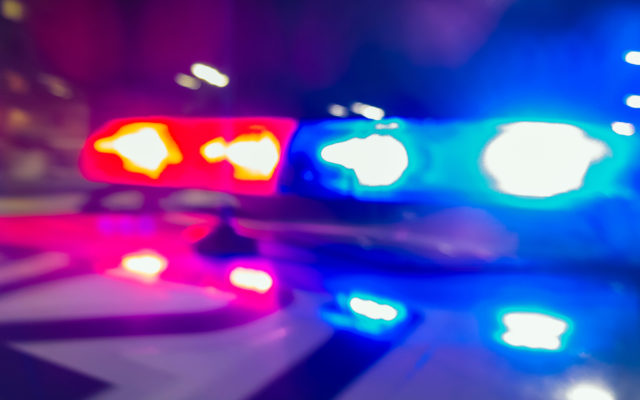 It seems like ShapeShift has done exactly as its name suggests, changing form almost beyond recognition. Founder, CEO, and no fan of the SEC, Erik Voorhees’ exchange once existed without accounts. Now they have full KYC and hand over customer data upon request.

In what can only be described as a seismic shift in ethos, ShapeShift started implementing KYC in September 2018. They first sugarcoated it as a “membership program,” for which users would have to provide “basic personal details.” This would allow the exchange to reward them in the form of higher trading limits, cheaper fees, and the like.

Whichever way you spin it, however, the company was paving the way for full KYC/AML. And all customers would have to undergo it by the end of the year. Voorhees later admitted the decision was largely due to “regulatory hurdles.” It also stung the company financially, forcing them to lay off some 37 employees.

ShapeShift made a name for itself as a frictionless way to move crypto funds. But if the company was to compete in a regulatory environment that’s increasingly heating up, it would have to get compliant. Plain and simple.

A blog post tweeted out by Voorhees yesterday may shock its users who thought they had complete anonymity before Q3. Making a reference to Kraken and how their transparency with law enforcement inspired ShapeShift to also help, they say that in 2018, the exchange aided in 60 law enforcement requests.

The below charts depict the various types of law enforcement requests that come in different forms from governments around the world. 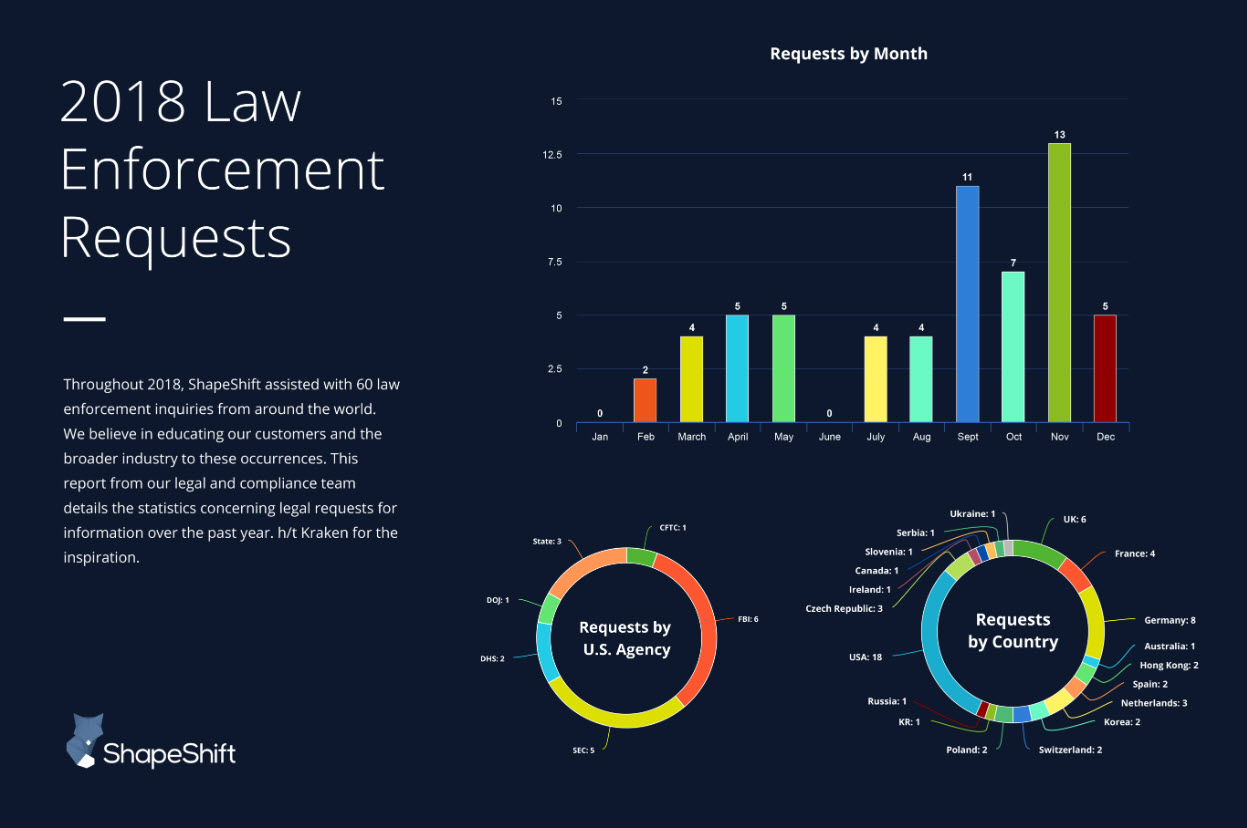 A subpoena is a court-ordered request that essentially forces a person or entity to take an action. This could either be to testify before a court or hand over documents. Voorhees is no stranger to these.

What’s interesting is that there was an influx of requests towards the end of quarter three and moving into quarter four. The company says that this is congruous with other crypto companies in the industry, citing Market Watch.

ShapeShift No Longer Anonymous in Anyway

For users who thought that moving crypto through ShapeShift was a viable way of facilitating criminal activity, KYC clipped their wings. And if they had any notion that their transactions were anonymous on ShapeShift at any point last year, they just go a wakeup call.

There’s a lot of scrutiny on cryptocurrencies as the technology and use evolves. ShapeShift has always held financial transparency as a core principle, and for this reason, we felt the world should know that these types of law enforcement requests happen – almost continuously.

What do you think about Shapeshift aiding law enforcement? Share your thoughts below!