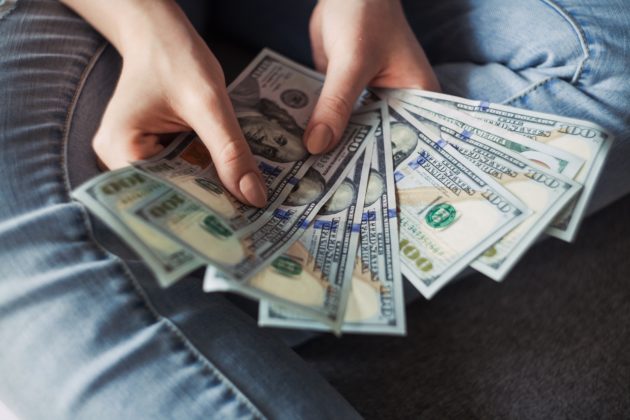 For the third time in a few months, Tesla’s chief executive Elon Musk decided to name drop Bitcoin on Twitter.
This time, Musk shocked the industry, writing that the leading cryptocurrency is looking “solid” compared to fiat money.
Bitcoin Is Better Than Fiat? Elon Musk Weighs In
Responding to “Harry Potter” author J.K. Rowling, Elon Musk remarked just minutes ago that he thinks the “massive currency issuance” by governments and central banks is making Bitcoin “look solid in comparison.”

Musk’s point holds merit. As observed by Bitcoin programmer Jimmy Song, the stock of U.S. dollars (M2) has increased by $2.3 trillion within the span of three months — likely the fastest growth of fiat money ever.
The abovementioned Twitter post is the latest comment of many Musk has made in favor of cryptocurrency.
Speaking to ARK Invest in early 2019, the Tesla and SpaceX chief executive said he thinks Bitcoin’s structure is “quite brilliant.” Musk added that he sees value in the cryptocurrency in a world with currency controls and in a world where “paper money is going away.”
Not the Only Billionaire Attached to This Narrative
Musk is the latest billionaire to have promoted Bitcoin in response to ongoing macroeconomic trends.
Paul Tudor Jones, a hedge fund manager worth over $5 billion and regarded to be one of the world’s best investors, revealed last week that he is investing in Bitcoin.
The reason: like Musk, he fears the central bank response to the ongoing recession will make scarce assets make that much more sense.
“I am not an advocate of Bitcoin ownership in isolation, but do recognize its potential in a period when we have the most unorthodox economic policies in modern history. So, we need to adapt our investment strategy. […] At the end of the day, the best profit-maximizing strategy is to own the fastest horse. f Iam forced to forecast, my bet is it will be Bitcoin,” Jones wrote in a report.
Featured Image from Unsplash

What to Watch for Following Bitcoin’s Latest Rejection at $10,000