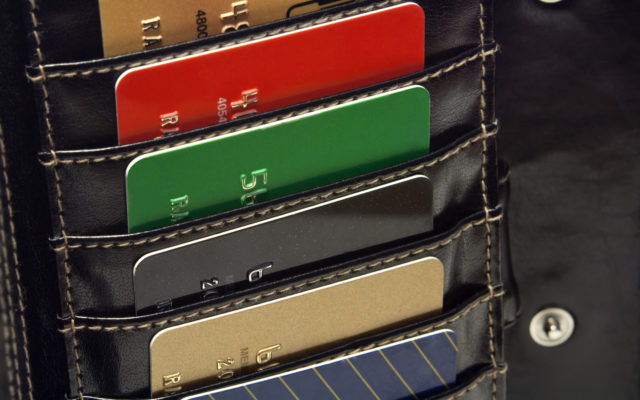 As social media users noted October 15, the company recently “promoted” a post by Bloomberg’s TicToc Twitter-based news portal which claimed the cryptocurrency industry “is using more energy than all the world’s electric vehicles.”

Beneath the post, which consists of a 100-second video with various figures purporting to compare Bitcoin transactions with those of Visa or MasterCard, a message reads: 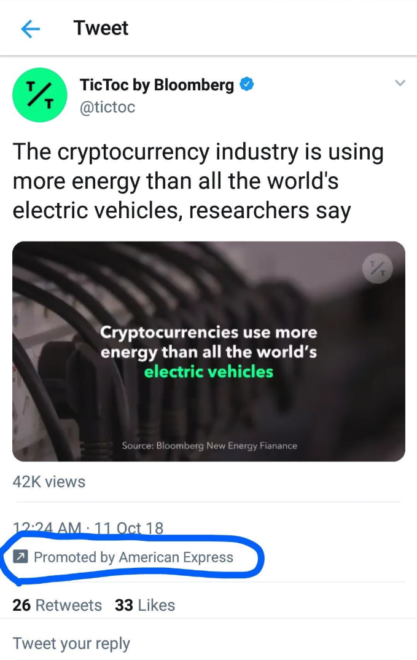 It was not immediately clear why AMEX specifically endorsed the TicToc episode. The company has not adopted a wholly-critical stance on cryptocurrency, an article on its future use in the global economy drawing more balanced conclusions.

“Using bitcoin thus exposes companies to FX risk, which can be significant because of bitcoin’s exchange rate volatility, and for which at present there are few hedging tools,” it reads.

“However, as cryptocurrencies and blockchain-based payment systems are more widely adopted, bitcoin seems likely to become an important part of an ever-changing global payments landscape.” 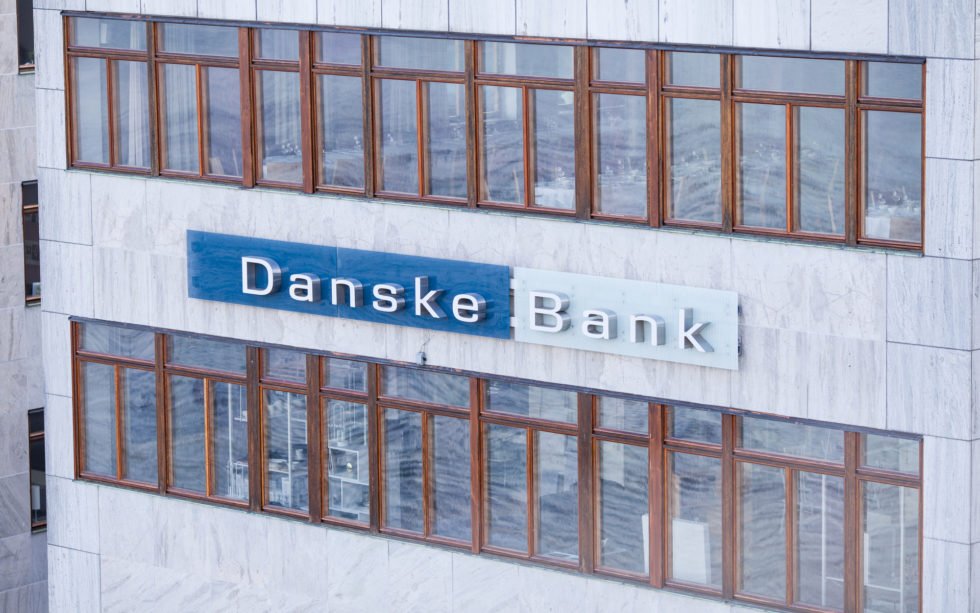 As Bitcoinist reported, the Netherlands’ Rabobank and most recently Danske Bank have faced multimillion-dollar money laundering charges despite adopting a hostile approach to cryptocurrency – based on claims it is too susceptible to money laundering.

The irony was not lost on crypto industry commentators, one noting that a single Danske Bank branch laundered more money than made up the entire cryptocurrency market cap.

AMEX has yet to suffer a similar fate, its last major money laundering scandal in 2007 earning it a $65 million fine after executives failed to spot the signs of illicit funds from the drugs trade.

What do you think about American Express’ sponsorship of the Bloomberg TicToc news story? Let us know in the comments below!

EToro CEO: We’ll See ‘Greatest Transfer of Wealth Ever Onto the Blockchain’ [Interview]