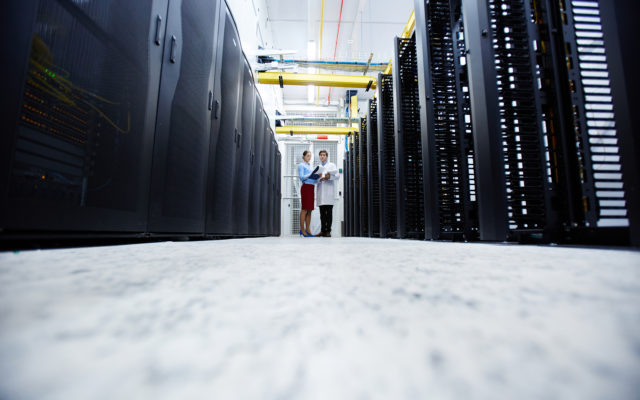 Bitmain is well-known across the cryptocurrency community for dominating the mining hardware market. Some think the Chinese giant might be losing its edge, and a growing number of competitors are emerging to challenge the company.

A number of companies have tried to establish themselves as a force in the cryptocurrency mining world. The vast majority have gone out of business — except for a Chinese firm called Bitmain.

Bitmain has not been shy about expanding its influence.

Bitcoinist reported in August how the industry giant was getting ready to open up a mining and data center in small Rockdale Texas, population 5,681. About a month earlier, some smaller Bitcoin miners in Quebec expressed concerns about Bitmain’s massive lobbying efforts in the area that were creating business conflict.

However, some speculate the Beijing-based company might be losing its edge in the cryptocurrency world.

In an August report, Sanford C. Bernstein & Co. points out how “the competitiveness of Bitmain’s chips is in question” while also citing a number of upstart companies which are slowly becoming legitimate competition.

Roughly a week ago, Sia decided to push forward with a hard fork in order to brick out ASICs from Bitmain and Innosilicoin.

Competition In Every Area

One of the startup companies that has attracted attention as a potential competitor is MicroBT.

Headquartered in Beijing, MicroBT was founded by Yang Zuoxing after he left Bitmain in 2016.

Yang told Bloomberg how he worked on some of Bitmain’s leading technology, like the Antminer S7, but decided to go out on his own after he was denied a stake in the company.

Yang says MicroBT’s mining gear makes the company a legitimate competitor since its Whatsminer M10 is more efficient than Bitmain’s S9i. He won a patent lawsuit against Bitmain after leaving the company, once the judge said the circuit designs at the center of the case were already widely used.

So far, MicroBT has been able to raise about $22 million in investment capital and is looking for more cash from institutional investors. Yang is also thinking about filing an IPO.

A couple of other companies, like Canaan Inc. and Ebang International Holdings Inc., are also looking for ways to raise cash, stake their claim, and try to challenge Bitmain’s dominance. Cannan filed for a $1 billion dollar IPO in May.

Even though Bitmain’s financial numbers tower over any other potential competition, some are starting to speculate their commanding lead might be slipping away, especially since the firm had to take a $253 million write-down for unsold inventory in the first part of the year.

Do you think companies like MicroBT can challenge some of Bitmain’s market dominance? Let us know in the comments below!