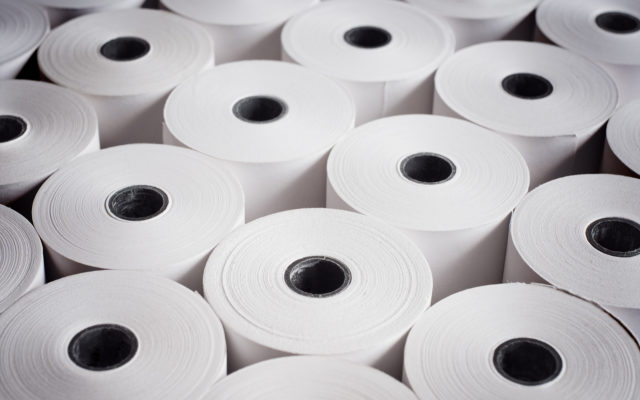 Bitcoinist spoke with Shelly Hod Moyal, Founding Partner and Co-CEO of iAngels, on why the ICO market popped and where the cryptocurrency industry is headed next.

A Hunter College and Kellogg MBA graduate, Shelly is a recognized expert in the areas of Fintech and Blockchain, and is a sought-after expert at international conferences about Israeli tech investing. She serves as a board member of multiple iAngels portfolio companies. 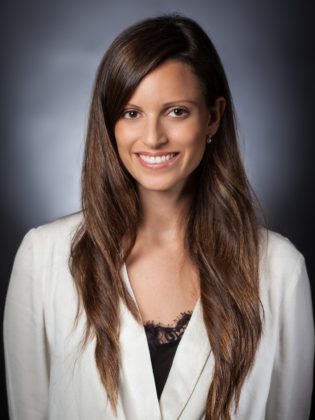 Bitcoinist: Why did the ICO market experience such hype in 2017?

The two most important differentiators were, 1) the participation of retail investors, and 2) liquidity of the assets (i.e. the ability trade these assets on exchanges). Most hype cycles go unnoticed as they are experienced primarily by venture capitalists and due to illiquidity, implode gradually over several years vs. several months as VCs more easily hide behind book values when market pricing information I unavailable.

Before I go into the hype which was driven by a lot of BS and speculation I think it’s important to give the idealistic background that drives the interest in the technology.

There is a growing disenchantment of consumers with traditional institutions which are centrally controlled and therefore vulnerable to mismanagement, exploitation, failure and moral hazard.

Bitcoin has shown the world that it is possible for a group of strangers to reach consensus without anyone controlling the system. This unique feature “programmable trust” has sparked the interest of several academics and entrepreneurs who imagined the possibility of creating numerous applications based on this feature.

The most popular project set out to build an infrastructure for such applications is Ethereum. Similar to Bitcoin, the infrastructure is an open source protocol and it is possible to buy into the project by buying its access token Ether. Bitcoin and Ethereum are both early examples where technology meets capital in the sense that you can buy a token both as a user and as an investor, virtually enabling anyone to invest without restrictions.

The way protocols (like Ethereum and Bitcoin) incentivize adoption is through their access token which has speculative value. As the network grows, the token appreciates in value.

During 2017, the generated wealth of the early Bitcoin and Ethereum investors was readily allocated into additional startups (mostly ICOs) set out to build the ecosystem in pursuit of further capital gains. In turn, hundreds of thousands of people worldwide witnessed how early investors in Bitcoin and Ethereum realized incredible 1,000x+ profits and wanted a piece of it as well.

Entrepreneurs started creating protocols and adopted the ICO crowdfunding vehicle to raise millions of dollars of nondilutive capital for their “token” startups. With the lack of regulatory guidance and oversight around these tokens as well as the lack of institutional investors balancing price levels around fundamentals, prices were getting way ahead of themselves resulting in a large boom and subsequent bust.

Why did it subsequently crash in 2018? Regulatory clampdown? Lower Bitcoin price? Or a combination of factors?

The “crash” was the result of 1) the disillusionment of investors, and 2) the regulatory clampdown.

Most of the investment activity was driven by speculation and price movements were influenced by illiquidity and at times, market manipulation. As these projects were all early-stage startups that have not yet created value (a product and network) it was impossible to justify multi-billion dollar valuations.

The fact that many projects also turned out to be fraudulent didn’t help, and the high demand for these assets gradually evaporated over the course of 2018.

Furthermore, there is no coherent business model for these token investments. In other words, it was (and still is) unclear how value will be captured by the early investors of these networks. Most of the projects today do not have a token model which effectively aligns incentives between users and investors. There is an inverse relationship between velocity and network value.

Meaning that the more hands the currency changes, the lower the valuation of the network because if all demand is met by supply there is less scarcity. So a successful product could still result in little value captured by token holders. Many projects today are experimenting with different token models like mint and burn, governance, work tokens, TCRs etc expected to drive appreciation in the token but these are still unproven.

Furthermore, as regulators, specifically the SEC, made it clear that most token sales are considered security offerings (according to the Howey test and Hinman’s guidance) and started investigating projects that conducted an ICO, more and more entrepreneurs decided not to pursue the ICO path as they realized their tokens would be considered uncompliant securities.

What kind of lessons were learned during the past year?

There are no shortcuts to building a startup even if it’s decentralized. It takes time and for that reason, venture capital cannot be entirely replaced. The idea of startups trading in a liquid market is very nice theoretically but there is no reason for any startup that doesn’t have anything aside from a team and an idea to trade at something much more than zero.

Even today when startups raise money at a certain valuation, it doesn’t mean that the next day someone would be willing to buy the startup at that price. This pricing is just a mechanism for building partnerships between entrepreneurs and investors, not an indication of real fundamental value.

This brings me to another lesson regarding the importance of governance. The lack of self-governance of these startups requires regulation and corporate governance to protect investors and consumers until these networks can truly and fairly govern themselves.

During the period between 2017 and 2018, the ability of entrepreneurs to raise money with no strings attached led to massive abuse, which damaged the industry in many ways.

Ironically, this created a bad perception of the movement largely set out to build a better world with financial inclusion and more aligned businesses built on the values of fairness, transparency, and decentralization.

Why do you believe that the STO can replace the ICO?

We don’t believe STOs will replace all ICOs. STO is a broader category. Indeed, decentralized/utility token projects can take advantage of this route too but broadly speaking, STOs are simply an evolution of capital markets allowing us to tokenize any kind of asset. STOs will play an important role in the future economy as they provide infrastructure for trade and reduce inefficiencies in the current financial markets through disintermediation.

STOs are exclusively based on their regulatory compliance and vetting. How can this crowdfunding model attract the same amount of people that the relatively permissionless ICO model did?

It can not and should not. STOs, by definition, are subject to national securities laws and are thus treated like issuances of traditional securities such as equities and bonds. As a result, the investor universe is restricted and those that choose to market to the general public will be required to comply with heavy and expensive regulation similar to those required by companies wishing to raise an IPO.

STOs will thus more likely follow the trends and cycles of the financial instruments underlying tokens rather than those experienced in the recent ICO bubble.

How does your company iAngels help these projects to manage their capital?

We help them just like we help our other startups across various areas. Investing in startups is a long term partnership and we strive to give our entrepreneurs any support they need whether it’s in business development, fundraising, marketing, finance and/or strategy.

What projects have you invested in recently?

One interesting project is Spacemesh, which tries to create more fairness through a consensus mechanism: Proof-of-spacetime (PoST). Within PoST, storage space is utilized as proof for the verifier (as opposed to computational power in Proof-of-Work).

While nothing stops someone from buying huge amounts of storage space to increase their influence on the consensus, these actors face diseconomies of scale and such behavior is thus not economical. As a result, unused storage space on home computers can contribute to the consensus and if the technology works, the degree of decentralization can be high with low energy costs.

Like you mentioned, most of these projects experiment with new token models, building apps on unproven blockchains. Wouldn’t it makes sense to harness the biggest network effect, i.e. Bitcoin rather than try to build their base layer digital value networks from scratch?

Yes, definitely. Bitcoin and Ethereum have indeed managed to build strong networks over the years with large developer communities, and there is a lot of room to innovate on the layers above these blockchains. And indeed, over the last year, we have already seen several projects build promising applications on these blockchains, especially Ethereum, for example, Maker Dao and its stablecoin Dai.

However, as there are different types of applications, we believe there is no one size fits all blockchain and so there is room for other innovative and novel blockchains (e.g. faster, more secure, more decentralized) that can also emerge as leaders for certain applications.

What is the biggest barrier to cryptocurrency adoption right now?

We believe that the main barriers are technology and regulation. In terms of technology, the stack is not developed enough to build scalable and user-friendly decentralized applications (dApps). And currently, only tech-savvy people interact with them.

Interaction with a dApp, for example, requires you to download the Metamask browser extension, to create a wallet and to fund it with Ether bought through an exchange or broker. This is a lengthy process before you can even interact with a dApp. In order to achieve adoption, the blockchain must operate in a way that is just as seamless as the applications we use today and this will take some time.

We are still at a point in which entrepreneurs need to create breakthroughs at the first infrastructure levels of the technology.

It will take time until crypto will feel like Visa or Mastercard, which are much higher up in the technology stack. Think of the internet before broadband and mobile, much less useful. 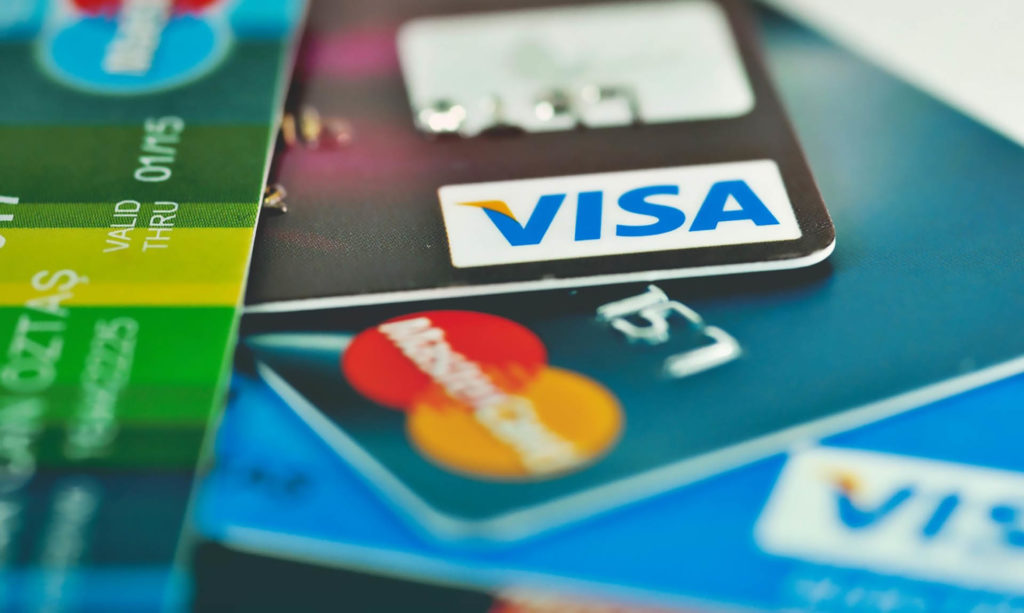 In terms of regulation, it is important for entrepreneurs and users to have clarity about the regulatory treatment of these assets, which they don’t have today. As a result, participants in the technology are exposed to potential legal and regulatory proceedings. This veil of uncertainty deters most risk-averse people and institutions from adopting the technology.

What are the opportunities in the industry?

Today the market has changed and what was possible in 2017 isn’t possible today, so what we are left with is actually what might be the biggest opportunity for the industry today.

Talented entrepreneurs and groups are sitting on piles of cash with a lot of time to work and focus on shipping rather than the next VC round. This is a significant advantage given that in VC, entrepreneurs typically raise money for 18 months and if they don’t hit their milestones they’re often out of business.

By removing this “timing risk,” theoretically, a team of talented people has a higher chance of succeeding. If even a few blockchain projects emerge as value adding from this wave, it will be a great win for the industry.

What do you think about Shelly’s view on digital token regulations? Share your thoughts below!