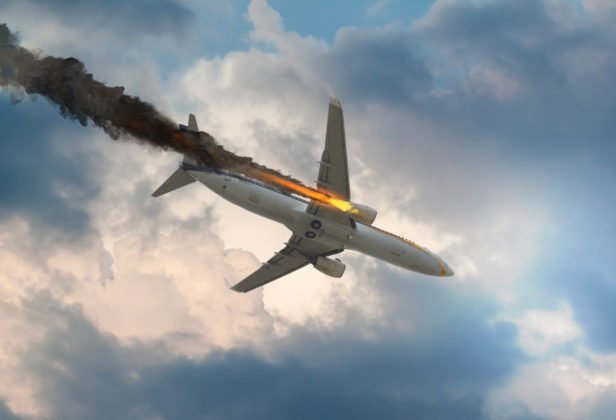 Cryptocurrency Initial Coin Offerings (ICOs) failed to surpass the $300 million fundraising mark for September 2018. ICO fundraising is now at its lowest point since mid-2017 as the crowdfunding scene continues to mirror the decline of the broader virtual currency market.

According to Bloomberg, cryptocurrency and blockchain-based startups failed to raise up to $300 million from ICO crowdsales. Data from Autonomous Research shows that the total fundraising from ICO projects in September stood at $279 million.

This figure is the lowest recorded since May 2017 when projects managed to raise only $228 million. Mid-2017 marked the emergence of ‘ICO mania’ with a raft of crowdsales raising hundreds of millions of dollars.

September’s fundraising figure marks the fourth consecutive month of declining earnings for ICOs. It is also the first time that an entire quarter has seen a steadily plummeting crowdsale earnings.

Based on the $279 million earned last month, ICO fundraising is now down by more than 90 percent since from its January 2018 all-time high (ATH). Since peaking in January, fundraising figures have consistently declined with only one break in the trend occurring in May 2018. 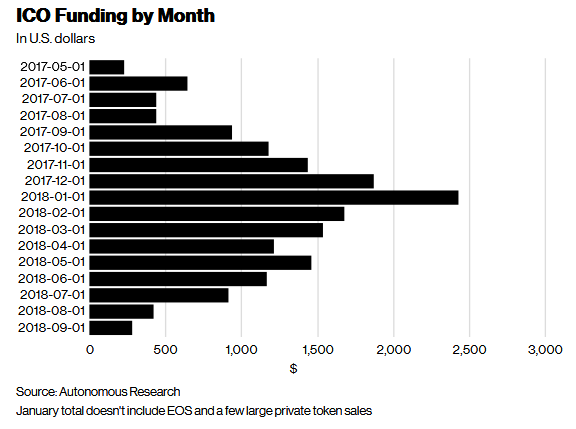 According to Bloomberg, stricter regulations in places like the United States have contributed to the significant drop in ICO fundraising. The country’s Securities and Exchange Commission earlier in the year declared that most ICO tokens were securities, thus making many crowdsales subject to federal securities laws.

These comments from the SEC meant additional reporting and compliance requirements, which many startups appear unable to fulfill. The 2018 decline in cryptocurrency prices might also be another contributing factor to the plummeting ICO fundraising figures.

Many cryptocurrency projects have also run into problems post-ICO. Recently, Bitcoinist reported that 70 percent of all ICOs are underwater in 2018 and that many of them have sold almost as much as they raised during their crowdsales. 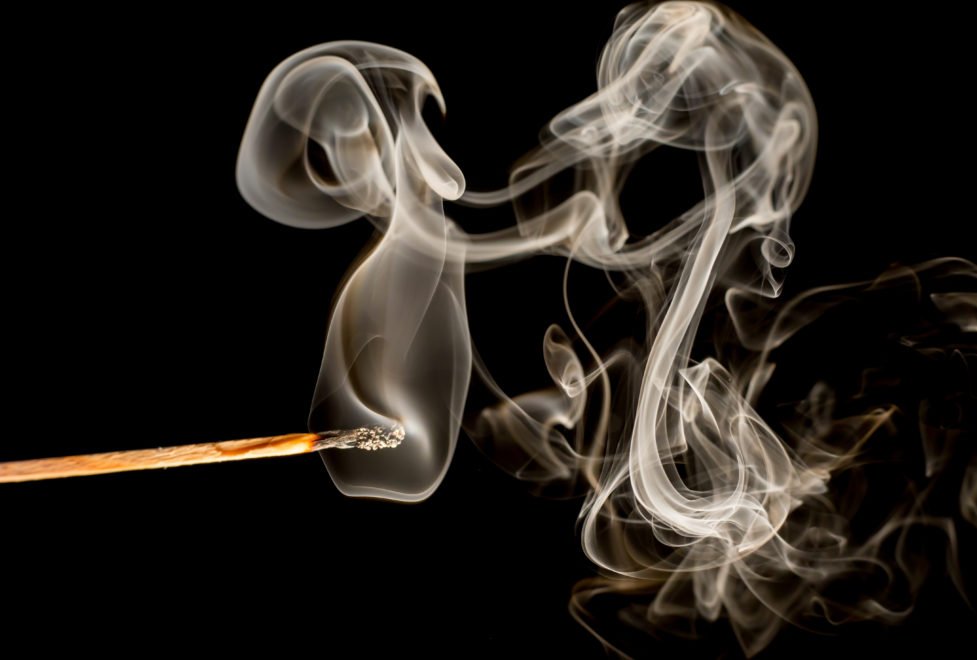 With Bitcoin (BTC) 00 and Ether prices plummeting since their late 2017/early 2018 highs, the market capitalization of many projects has simply vanished. Many ICO tokens themselves haven’t been able to enjoy success in the trading arena — leading to even bleaker fortunes for their respective startups.

Consequently, there is a reduction in monthly ICO activity. Retail investors seem less keen on putting money in cryptocurrency and blockchain startups. Instead, reports indicate that attention appears to be shifting towards buying equities in startups.

Do you think the ICO boom is over? Let us know your thoughts in the comment section below.