According to two sources, the deal — announced Wednesday — is valued somewhere between $70 million and $100 million. It represents one of Coinbase’s biggest acquisitions to date and will help fill out the exchange’s institutional business, which covers professional trading services and custody. CoinDesk reported Wednesday that the acquisition came in the form of an all-stock deal.

The Block first reported on talks between Coinbase and Tagomi in November. At the time, Tagomi was holding similar conversations with other exchanges, including Binance, according to a person familiar with the discussions.

The deal between Coinbase and Tagomi is pending regulatory approval. It is expected to close at the end of 2020, and once acquired, Tagomi joins the list of the more than one dozen firms Coinbase has bought. 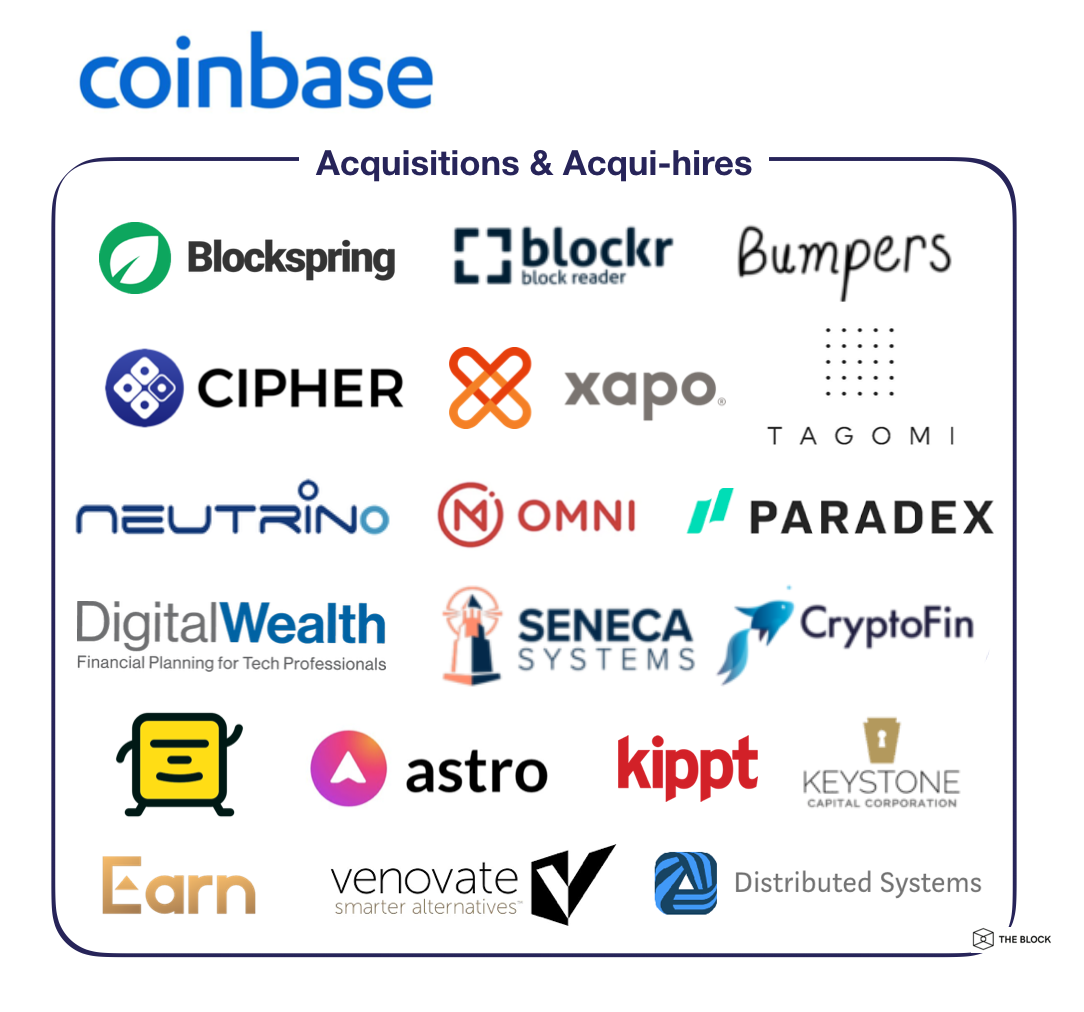 Launched in 2018, Tagomi gate-crashed the cryptocurrency market as an aspiring prime broker. In the equities trading world, such intermediaries offer services that allow investors to seamlessly trade across market venues. To start, the firm pioneered best-execution in crypto, the ability to execute a trade at the best possible price available in the market.

The firm counts Pantera Capital, Digital Currency Group, and Peter Thiel’s Founders Fund among its investors. It has been led by co-CEOs Jennifer Campbell, a former analyst at Union Square Ventures, and Greg Tusar, a former partner at Goldman Sachs.

Since launch, Tagomi has continued to expand the number of exchanges and over-the-counter trading desks it routes orders to while adding new services such as the ability to short cryptocurrencies.

As for Coinbase, the acquisition comes at a time when the company is expanding its own institutional offering. Coinbase recently hired a former Barclays executive to build out the business and court Wall Street clients. The hire followed a windy path for Coinbase’s institutional unit, which has been flirting with the idea of building out a prime broker as far back as 2018, as this reporter previously explored in an article for Business Insider.

The acquisition of Tagomi brings Coinbase closer to building a full-scale prime broker.

Industry insiders say the combination could be a good match.

In order to build out a proper prime broker, Tagomi would need a larger balance sheet, which Coinbase possesses. Meanwhile, Tagomi brings to Coinbase additional market structure expertise and the ability for clients to execute a trade at the best price.

“They complement each other well,” Marc Bhargava, a Tagomi cofounder, said in an interview. “[Coinbase] has an incredible balance sheet and great custody offering, and a great track record.”

The development comes as the market for brokers in crypto heats up.

Earlier this month, FalconX, which is similarly marketing itself as a prime broker, emerged from stealth mode. The company raised $17 million from investors, including Coinbase Ventures, Fenbushi, and Accel. BitGo, which recently launched a lending business, announced the launch of its prime broker unit Wednesday. Last week, DCG subsidiary Genesis Global Trading announced it would build out a full-scale prime broker as well.

In many respects, these firms are heading in the same direction from different starting points, as Genesis CEO Michael Moro noted in an interview with The Block.

“I’ve said for a while, give it a couple years and we will all look exactly the same in terms of the products and services we offer,” he said. “Except each of us would have started in a different place.”

For Tagomi and FalconX, the starting place was execution, whereas BitGo and Fidelity Digital Assets kicked things off with custody. Still, the proverbial holy grail is missing, some market specialists say. That is to say, a prime-broker with all of the bells and whistles, spanning spot and derivatives trading aggregation, the extension of credit to trade, and capital introduction services.

“Does crypto have a prime broker in a binary sense? No,” said Blocktower Capital founder Ari Paul. “A lot of players from different angles are attacking the prime feature set, but when most of them say they are prime-brokers it is a bit aspirational.”

As for Coinbase, Dave Weisberger, a market structure specialist and CEO of CoinRoutes, said that Coinbase and Tagomi would have most of the pieces in place.

“Tagomi has the tech to provide lending, operational efficiency, and quality market access,” he said. “That along with Coinbase’s balance sheet and custody could be quite formidable.”

Still, questions hang over the deal. Tagomi currently aggregates a number of venues, routing orders to exchanges like Binance.US and Bitstamp. Under the auspices of Coinbase, it is not clear whether other exchanges will agree to continue to serve as a Coinbase partner. Nor is it clear if Coinbase has an appetite to route orders to other venues.

Representatives of Coinbase and Tagomi declined to comment specifically on how it would handle its exchange partnerships in the future.

Still, “Tagomi and Coinbase are very much aligned in providing transparency to our clients,” Shan Aggarwal, Coinbase’s head of Corporate Development, noted.

Coinbase shakes up the crypto prime broker race with its acquisition of Tagomi written by Frank Chaparro @ https://www.theblockcrypto.com/post/66479/coinbase-tagomi-acquisition?utm_source=rss&utm_medium=rss May 27, 2020 Frank Chaparro