The market is once again expressing bullish features, as the price of Bitcoin [BTC] pumped above $12k on 17 August. The price of the largest crypto asset spiked by 5.68% within two hours on Monday, enabling BTC to breach its resistance and report a yearly high of $12,473. This rally also helped push the trading volume of BTC up, despite having been on a decline during the course of the past few days.

The sudden pump in price caused total liquidations on BitMEX of worth $49 million, wherein $45 million were long liquidations, according to data from Skew. Whereas the open interest hit an all-time high of $5.8 billion and the institutional side of the futures market accounted for 16.3% of the total OI. 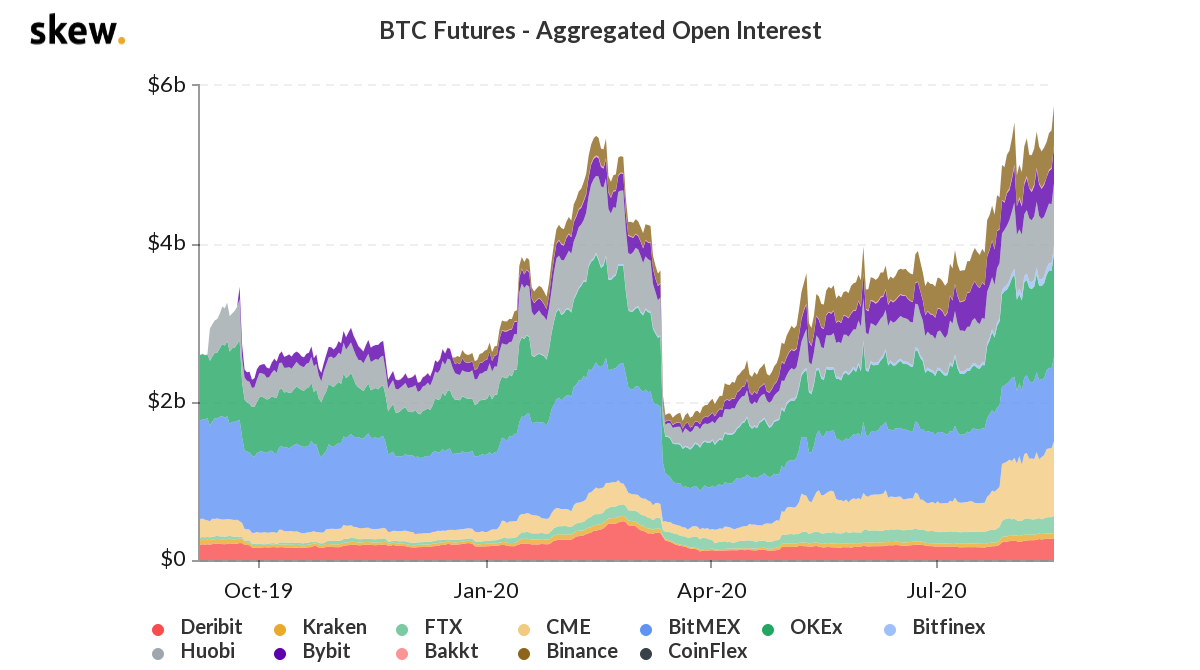 The BTC dominance was salvaged at least temporarily, as per crypto data provider Santiment. The dominance was pushed up by 3.9%, whereas the social volume for BTC saw the highest spike since 1 August. 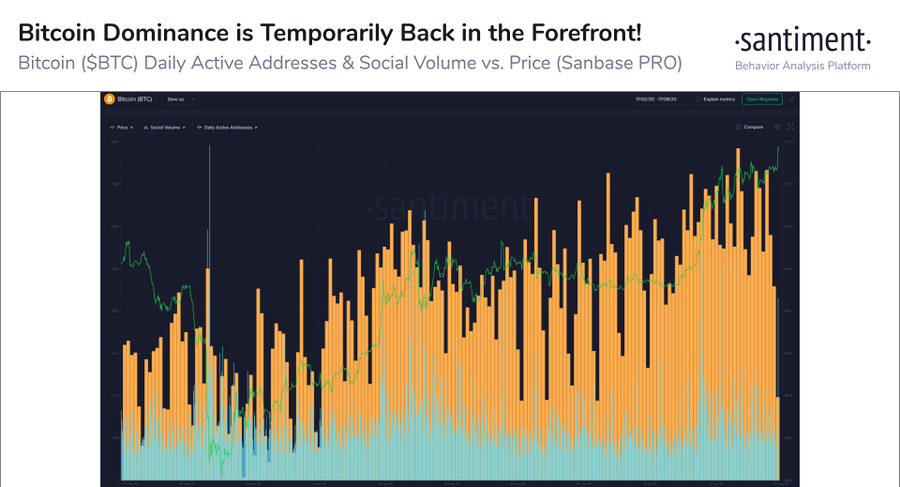 With a growing dominance, BTC correlation with assets has noticed a change. While the correlation between BTC and altcoins has remained strong, with major alts mirroring Bitcoin’s price trends, some alts have been showing the inverse correlation. A perfect example of this would Chainlink, which has moved to the fifth position on the CoinMarketCap list with a market cap of $5.48 billion.

The correlation between BTC-LINK peaked on 25 April with 0.808 correlation coefficient, however, has been falling ever since. Currently, data from CoinMetrics suggested that the BTC-LINK correlation stood at 0.6659. 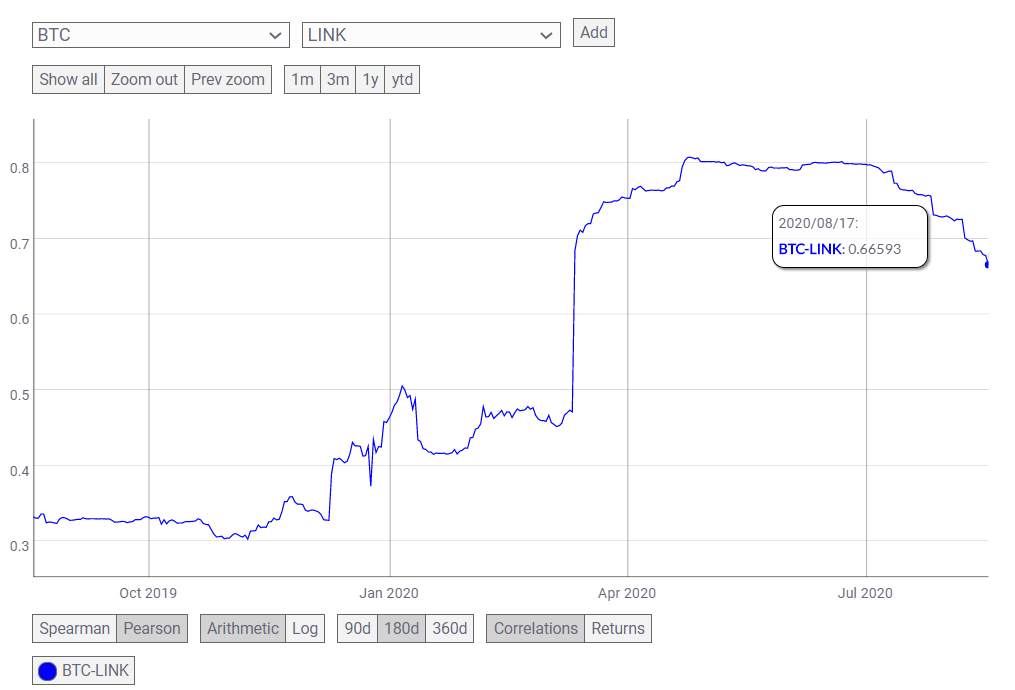 Going by this inverse correlation between the two digital assets, yesterday’s BTC rally was not replicated in the LINK’s market, as the asset collapsed by nearly 16%, from price point $18.87 to $15.74. This drop was followed by the dip in the percentage of LINK tokens held on exchanges- from 8.6% to 6.9% within the two hours of a price drop, noted Santiment. 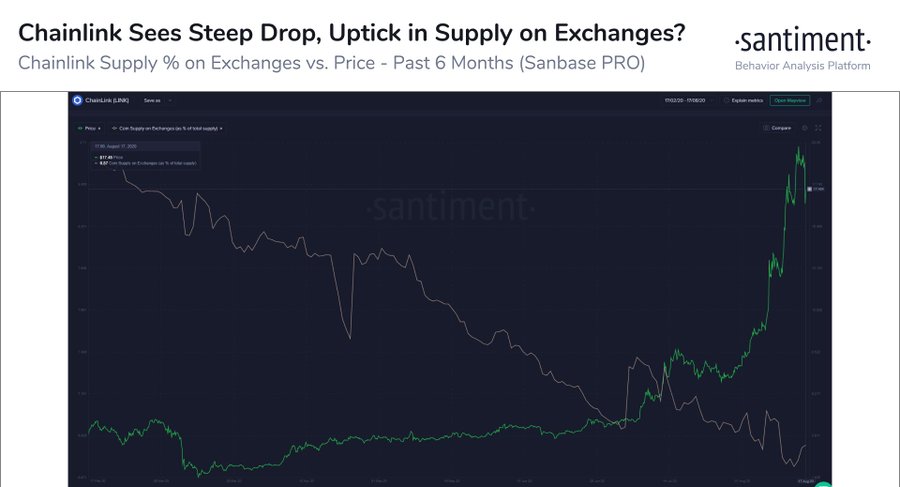 This suggested that Chainlink’s traders were not selling the asset, but were moving the supply from exchanges to offline wallets. However, despite an overall bullish trend in the crypto market, the LINK market has been fighting the bear at press time, as another slump has pushed its price down to $16.19.

Why Should I Play at a Bitcoin Casino?