Cardano has dropped out of the top 10 rankings and now has a market cap of $2.52 billion. With a 13% decline in the last week, the price might have a chance to rebound in the short-to-medium-term.

ADA didn’t rebound as mentioned in the last article, however, this is due to bitcoin dominance and its crash. This extended crash has formed a falling wedge and is near the breakout zone. Although too early, longing Cardano would be the best play here, with a sufficiently conservative stop-loss. 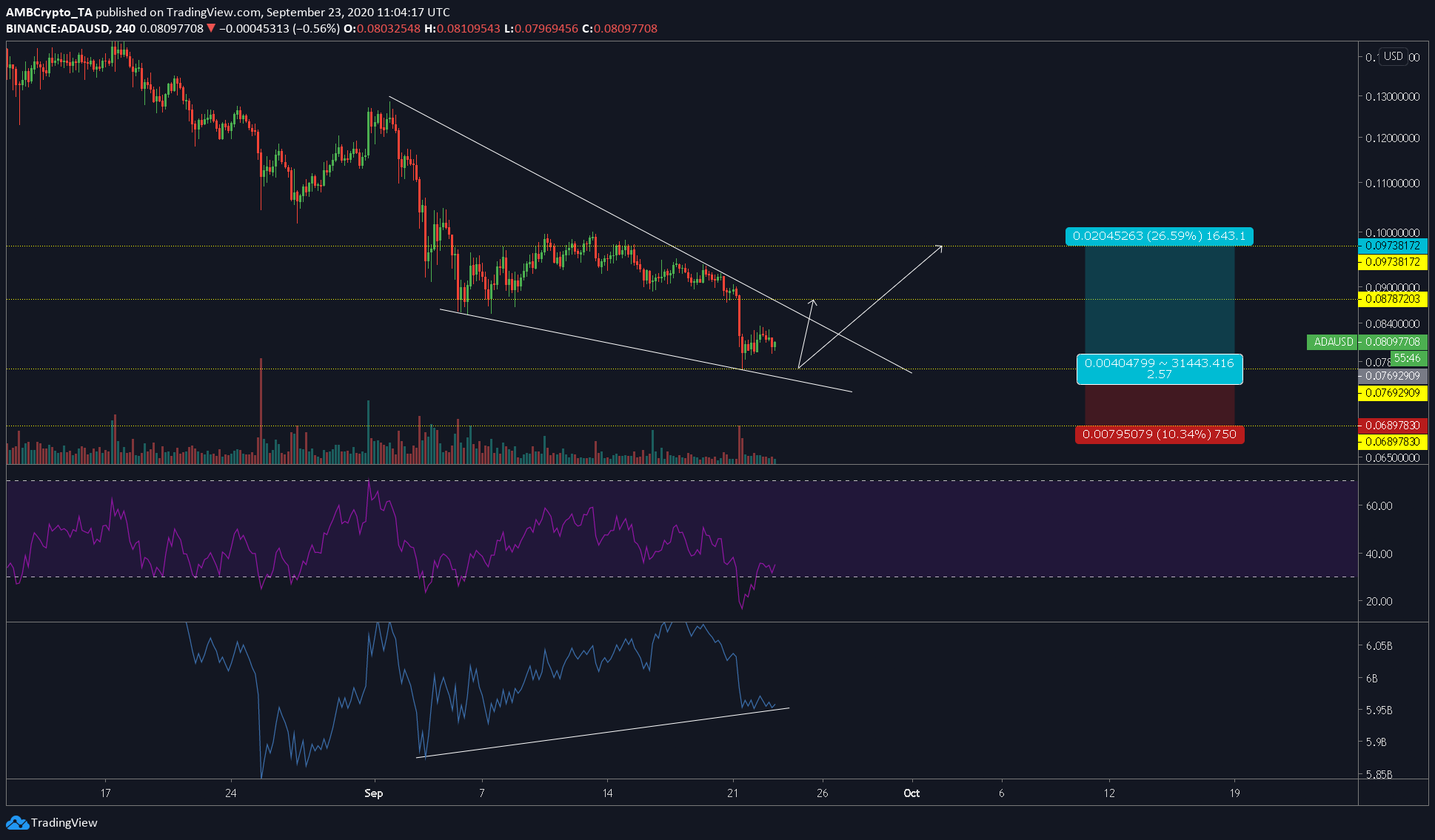 The entry point is actually far lower than ADA’s current price level – $0.0769, while the stop-loss at $0.0689 and the take-profit is at $0.0973. The rationale behind this long position is the price and OBV divergence. Since the price has formed a lower low and the OBV has formed a higher low, this is a bullish divergence, and a surge in price can be expected.

In addition to this, the RSI has resurfaced from the oversold zone and has bounced on this level, confirming the recent surge. Perhaps, another test of this level would push the pirce to the entry price as mentioned above. The stop-loss can be moved higher once the take-profit level is reached, as the price might go up to $0.1021.

The hype around Cardano has died out after its mainnet implementation. During the hype, the coin surged about 500+% but after hitting a peak of $0.1719, the coin seems to have come back to its senses. It is now moving with majority of the altcoins that move based on bitcoin’s movements.

With about 57.8% in bitcoin dominance, altcoins have had enough time to rally, however, bitcoin seems to take back the rein at the right time, to make sure people don’t forget about the king of all cryptos. The defi hype might have created a small bull rally for altcoins, however, bitcoin seized it when it surged to $11,200 and crashed suddenly taking all the altcoins with it.