Trading at $0.145, Cardano is still the eighth largest cryptocurrency in the world, boasting a market cap of $3.66 billion. On a higher time frame, the coin has seen a surge of about 900% from March to July 2020. While this, in itself, is a staggering surge, ADA will be faced with another challenge soon.

On a weekly time frame, the surge seems impossible to have happened in a bear market. However, stretching from March to July is a Fibonacci retracement tool that puts the current price just below the 50% level. Usually, surges or declines are met with resistance/support at this level; hence, assuming the 50% level will resist the price from heading higher, we can expect a small retracement.

Additionally, on the weekly time frame, RSI indicator has been oversold for over a month.

Hence, based on the two, a short position here wouldn’t be surprising. However, the same short position was called out in the previous article, perhaps, it was a little too early. 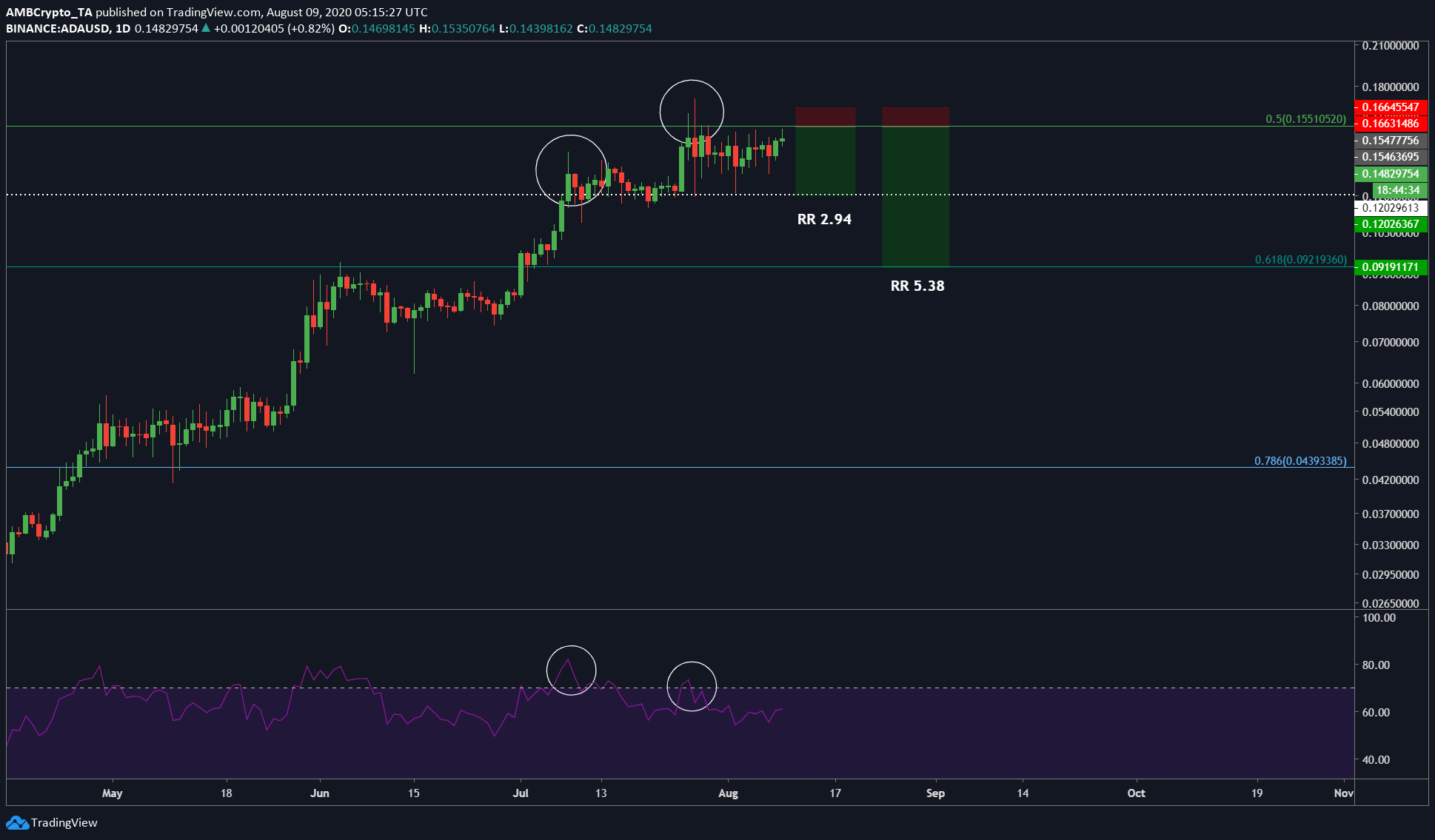 Regardless, a short position from the 50% Fibonacci level would be an apt place to start. Depending on one’s appetite for risk, the short position could yield a risk-to-reward ratio of 2.94 or 5.38 depending on where one wants to take profit.

The more conservative take-profit position would be at $0.1209, considering a two-week-long test of the level as support. However, if the coin does get run over by bears, then keeping the position open until $0.0921 wouldn’t really hurt.

Adding more credibility to this short position is RSI indicator, which clearly shows formation of a bearish divergence. The price formed higher high on July 08 and 27, whereas RSI formed a lower low.

Either way, Cardano’s price is headed down should it get rejected by the 50% Fibonacci level. Expecting a drop of 20-40% wouldn’t be a surprise, however, an important thing to keep in mind is the rejection at the 50% level. It would be cautious to wait for the price to breach/reject the said level and then retest it before entering the short position.