Cardano formed a bearish pattern on the charts as it braced for another dip in its price. The bearish pressure on the crypto-asset abated briefly, but sellers once more stepped in at a level of resistance to effect a slide for ADA. Crypto.com Coin, on the other hand, formed a bullish pattern. Ontology also displayed signs of bullishness.

However, since major altcoins seem to bleed whenever Bitcoin makes a move to the upside or down, another move could invalidate altcoin chart patterns. 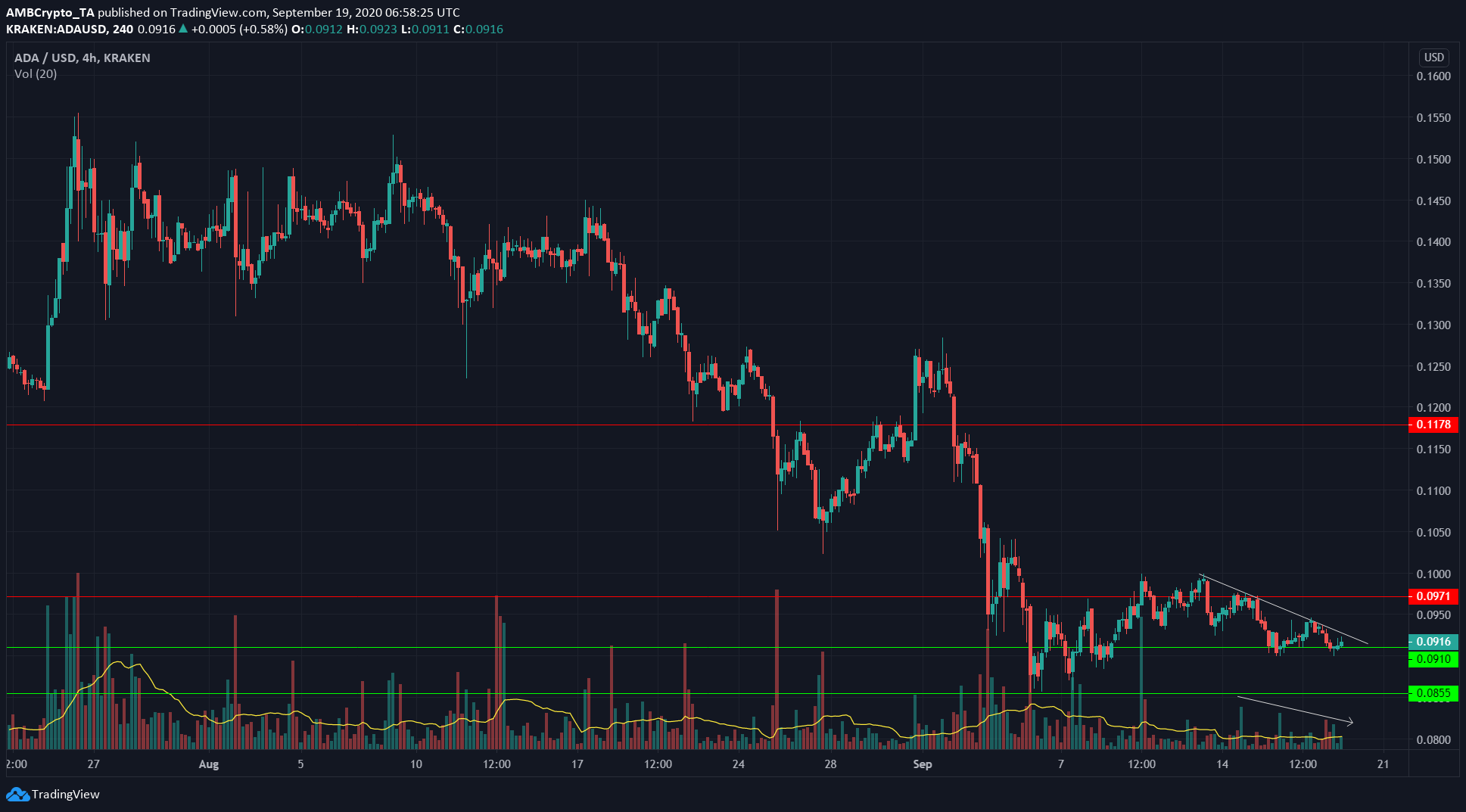 Cardano appeared to form an uptrend from its recent lows as it briefly rose past its resistance at $0.097. However, sellers have prevailed since and the price was forming lower highs over the past week.

ADA formed a descending triangle pattern, as shown by the white line. This was accompanied by falling trading volume, also highlighted by the same. Such a bearish pattern signaled an imminent drop in the asset’s price.

Cardano was in the news recently when IOHK announced a $250K public fund for Cardano community innovation, Project Catalyst. “Anyone can bring their idea and create a proposal,” the announcement said. “Through a public vote” winning proposals will begin a development process, it added. 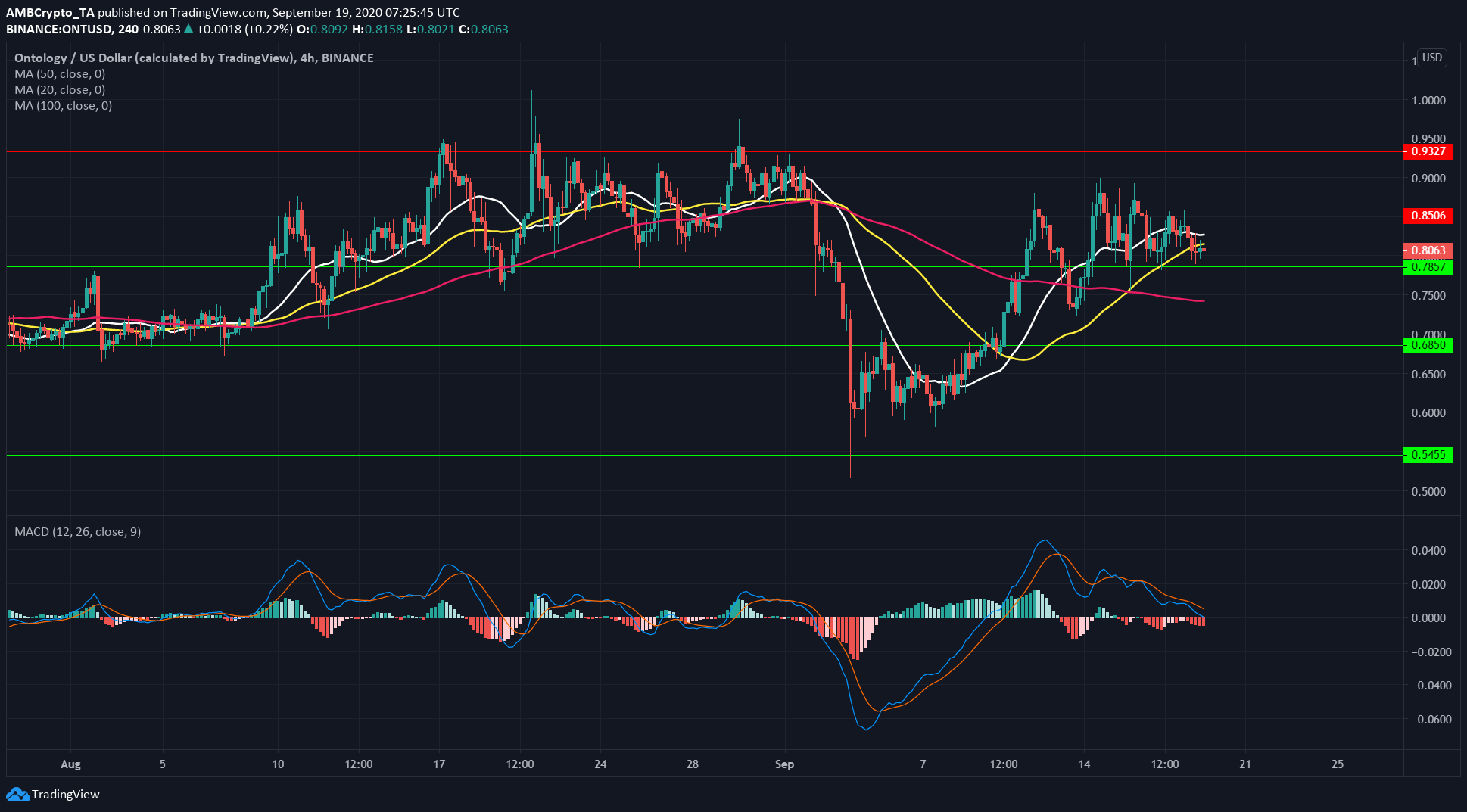 The 20, 50, and 100 SMA (white, yellow, and pink respectively) showed that the past couple weeks have seen an uptrend. Their crossovers also indicated bullishness in the near-term.

Further, the MACD was forming a bearish crossover over the past few days. And yet, the previous week saw every price drop beneath this support being bought up as many candles near the $0.78-support level had significant tail wicks.

The outlook for ONT remained bullish, but a close beneath the support might suggest short-term bearishness. 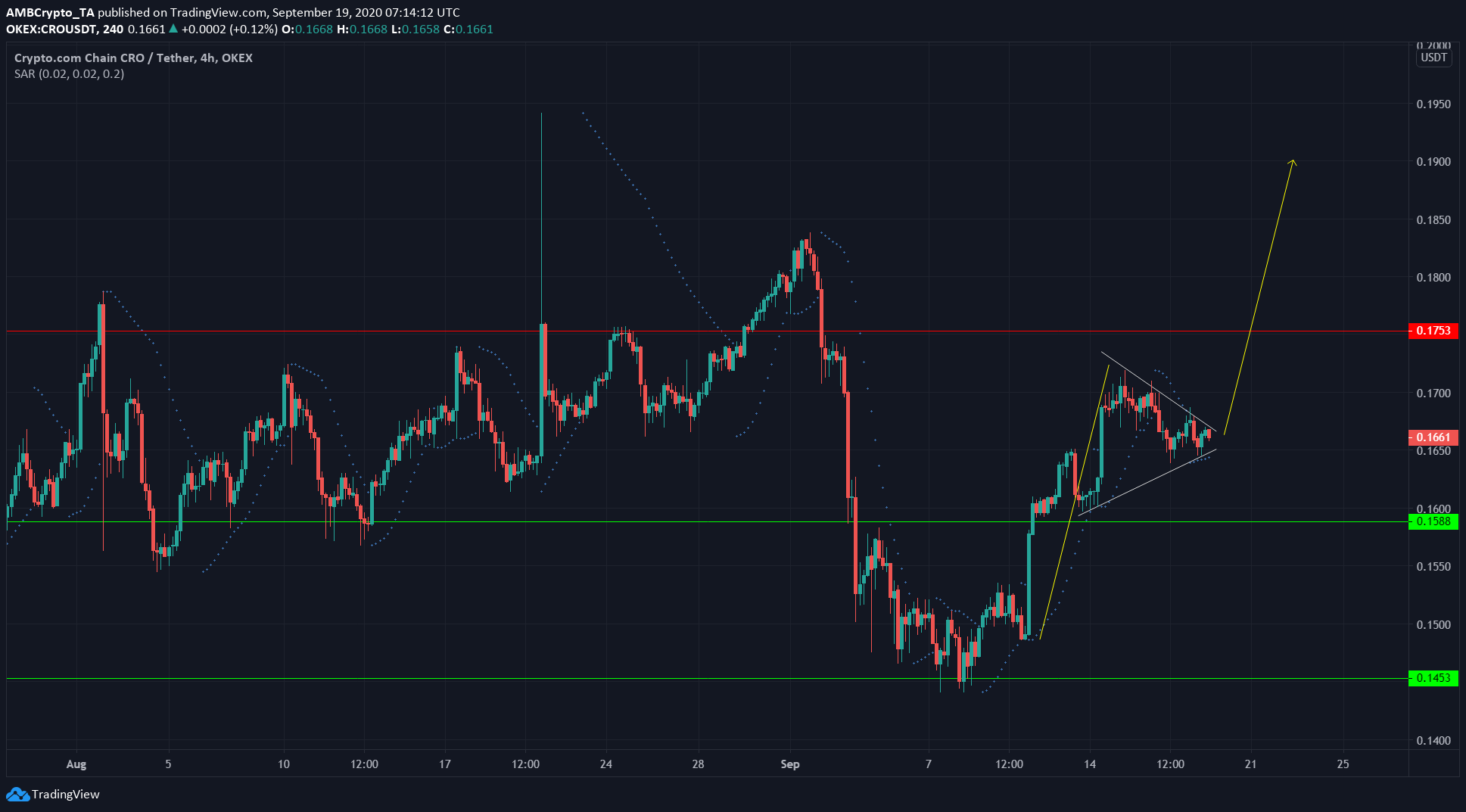 Crypto.com Coin was forming a bull pennant on its 4-hour charts. The same was evidenced by the white lines which formed the pennant, while the yellow line formed the flag pole of the pattern. The height of the flagpole is generally the upside target for this pattern. Here, the target would be $0.19.

The Parabolic SAR also gave a buy signal. The dots formed by the indicator would be a good place to set a stop-loss, as the pattern would be invalidated if the price closes beneath the pennant.