Cardano has been showing a lack of momentum in the market in the past couple of days, and it could continue as price consolidated between important levels of support and resistance. Ontology showed it might be ready to breach and hold the nearest level of resistance. Algorand also showed signs of neutrality as traders opted to sit on the sidelines and watch as the market decided upon a direction. 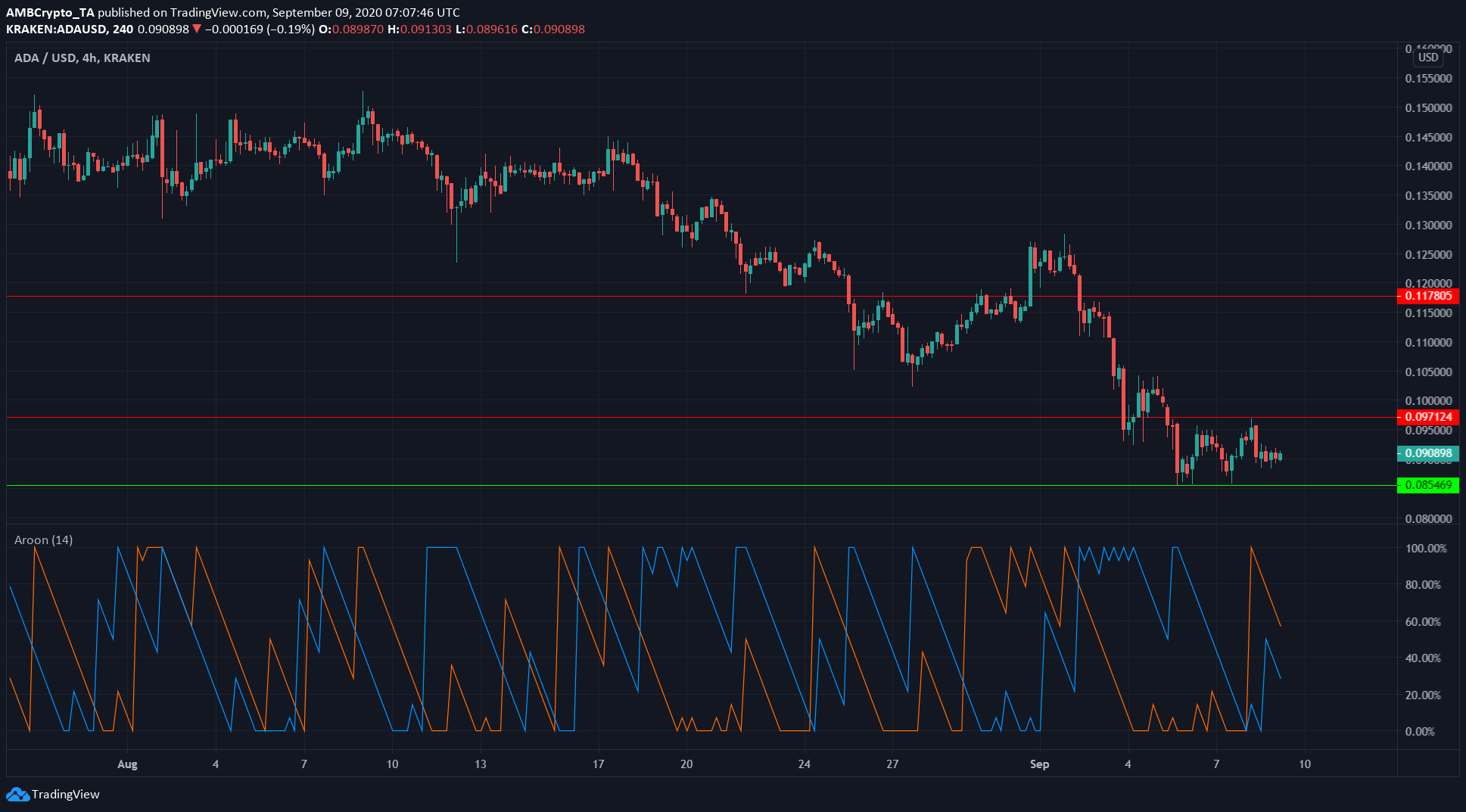 In the short term, ADA has been able to hold on to support at $0.085. Aroon indicator showed that the downtrend had been halted, as Aroon Up (orange) crossed above Aroon Down (blue).

ADA could yet lose support, but it is unlikely from the evidence at hand. An uptrend had not yet been initiated. ADA had a level of resistance at $0.097 to be breached before it could gather some bullish momentum. 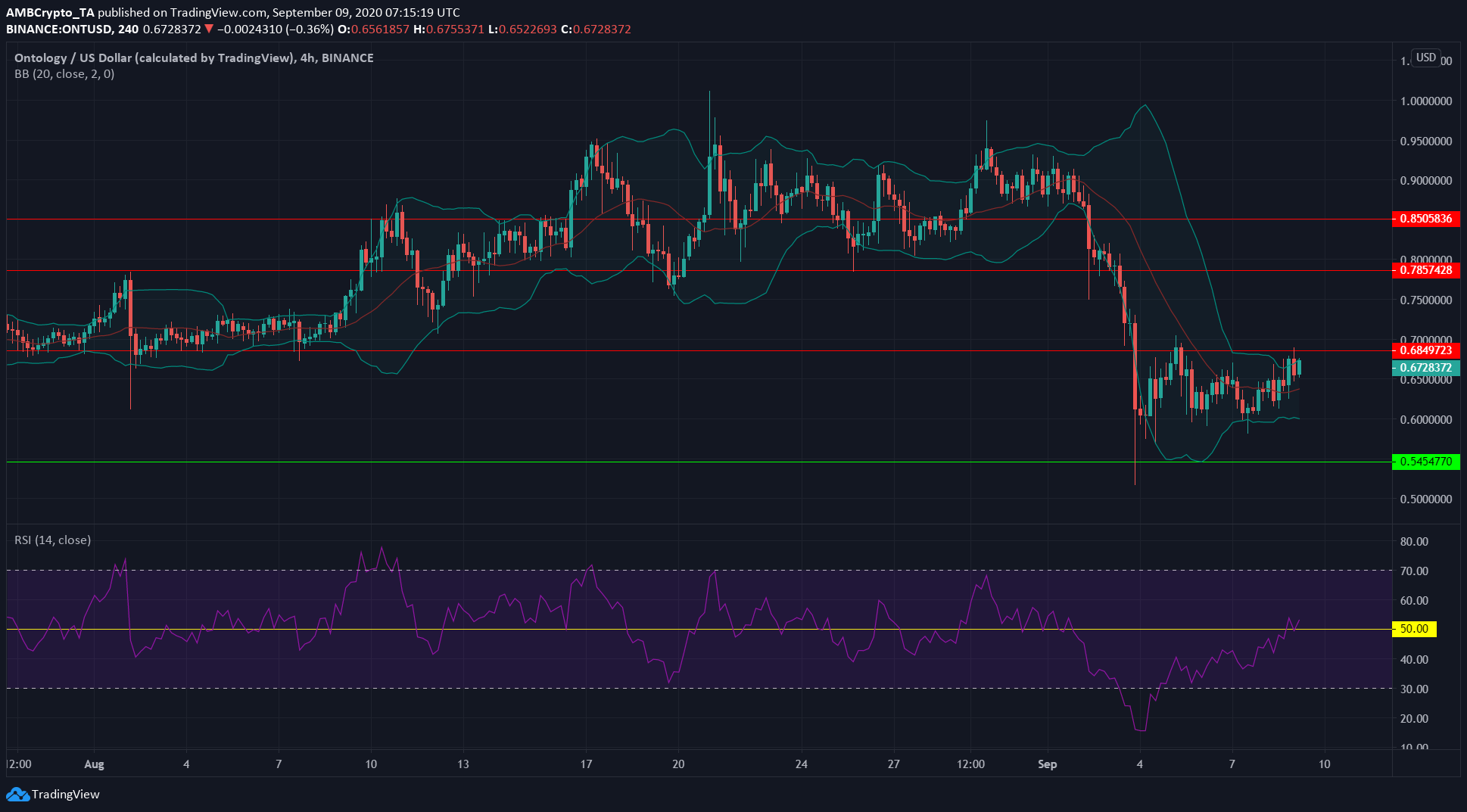 Ontology was valued at $0.67 at the time of writing and was trading just beneath resistance at $0.68. Bollinger bands appeared to begin widening, as prices also moved towards the upper band. This indicated that ONT could surge past resistance.

The next level of resistance for the asset was $0.78.

RSI showed a value of 52. While neutral, if RSI does not break below the 50 neutral line, it would indicate a possible uptrend. 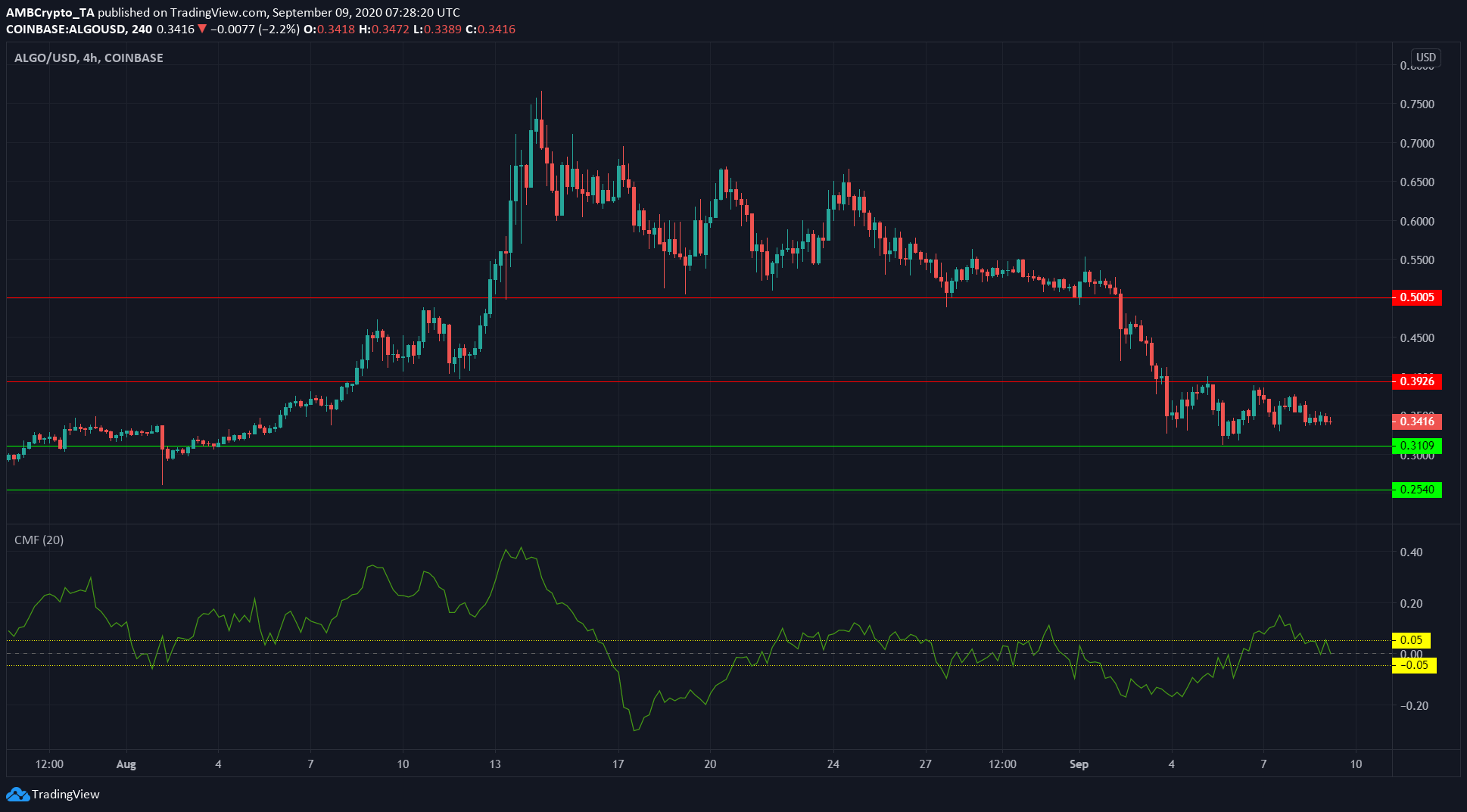 Algorand appeared to be consolidating after its recent sharp drop. On the 4h chart, CMF showed a value of 0. This indicated capital inflows into the market equaled outflows and signified the neutral sentiment of the markets.

In the past few sessions, we also see that the candles are very short and have even shorter wicks above and below them. This indicated a lack of momentum as well as indecision in the market.