Cardano enjoyed a bull run before other altcoins by surging ~890% in less than 5 months. Eventually, all altcoins joined the rally. While some surged more than others, LINK surged from less than $2 to $20 in the same time period. Like Link many defi projects and their tokens have done the same.

Perhaps, the hype of a bull run began with defi this time around as the total value locked in defi hit $5 billion. Considering the yet-to-launch projects, there is still some lingering hope about yield farming and platforms that give “9999% APR” to users.

While risky and unaudited, users have still chosen to dive headfirst into such projects. All-in-all defi, yield farming, bitcoin hitting $12,000 and its brief breach above it have cumulatively led to the market sentiment becoming “extremely greedy”.

If there’s one takeaway from this, it’s that “what goes up must come down”. Hence, expecting the price to drop seems logical and obvious. Since Cardano led the rally, looking at the chart might provide similar insight. 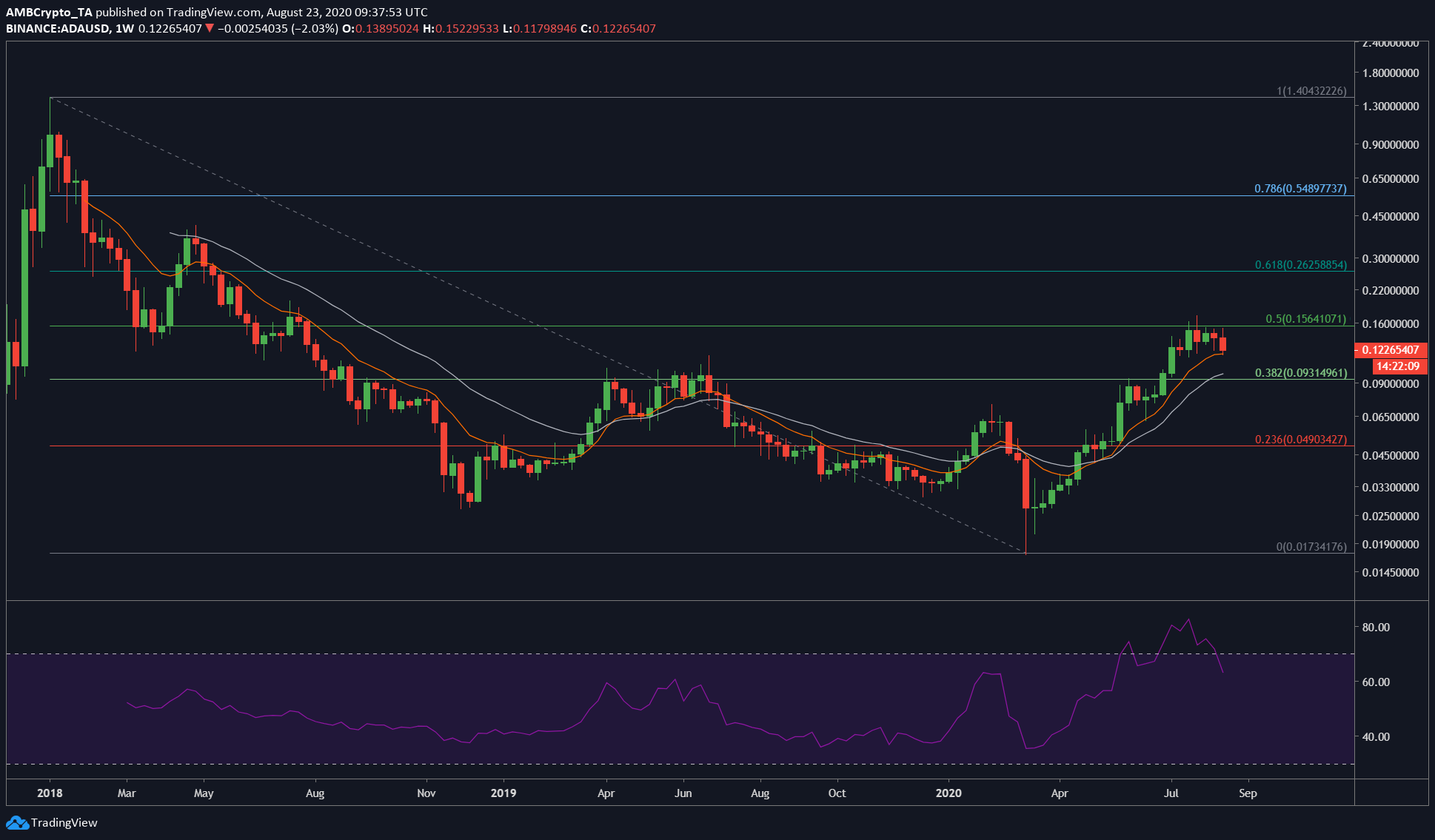 From ADA’s 1 week chart, strong resistance at 50% Fibonacci level can be seen, which has led to the price’s timely retracement. From the looks of it, ADA has already dropped 21.25% and more might be on its way.

For now, the 10-weekly MA [orange] is the acting support; perhaps, the price will experience a small bounce from here, especially considering the deep dip in RSI from being overbought to almost neutral.

This rapid depletion in buying momentum shows a decline, however, this has also taken a toll on the sellers who seem to have vanished as well. This explains the weekly wick’s retracement from its low to the current position at $0.1219.