With 2020 proving to be a year quite unlike any, there is a lot of debate around how cryptocurrencies can emerge quite successfully amidst the extreme uncertainty that has taken over the economy. For Bitcoin, the world’s largest cryptocurrency, 2020 was important as it underwent its third block reward halving, an event that reinforced its scarcity narrative.

In a recent interview, Bill Barhydt, Founder of Abra, expanded on how Bitcoin can gain a lot in 2020 as traditional forms of finance are forced on to the back foot. There has been a lot of debate surrounding the frenzied printing of fiat currencies recently, especially in light of the 3-4% inflation rates that are currently plaguing consumer markets.

Keeping these factors in mind, Barhydt argued that Bitcoin has a key role to play as a hard asset whose value is likely to appreciate over time. He pointed out the fact that with regard to fiat currencies like the U.S dollar, its value is going to depreciate dramatically and that from the government’s point of view, there have not been many efforts to keep the value of money intact. He said,

Barhydt went on to add that in the present conditions we find ourselves, the economy is riddled with currency inflation and that this could end up becoming a very apt time for Bitcoin to stake claim to becoming one of the most robust, digital hard assets in the market. 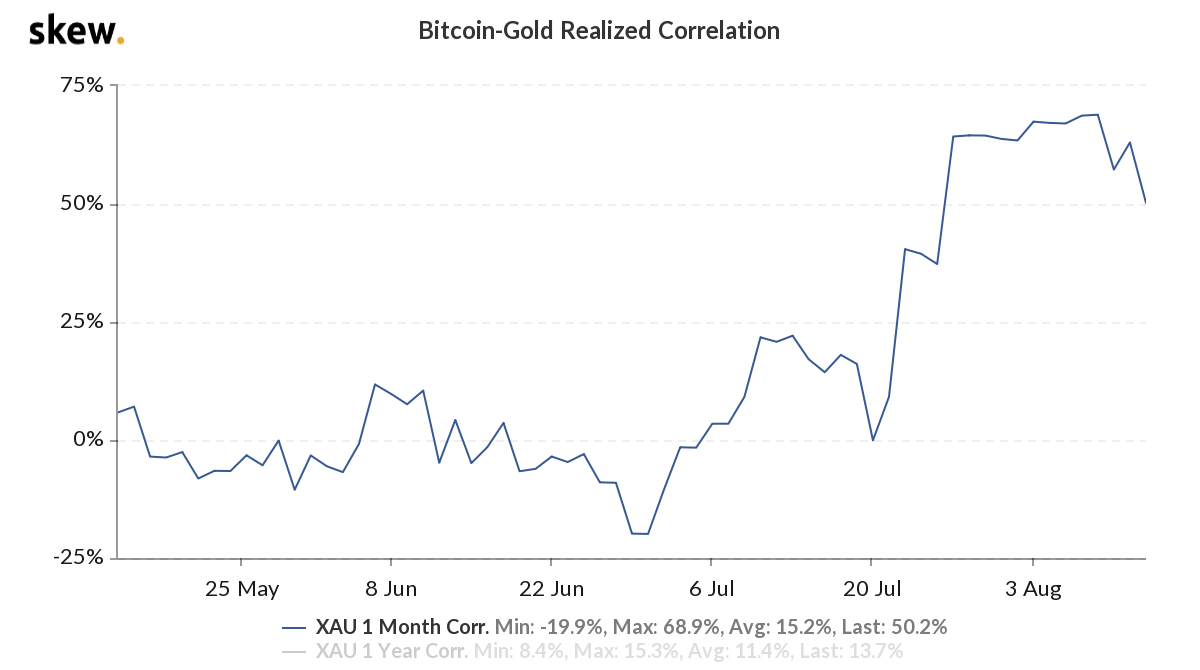 While Bitcoin’s 21 million hard cap has kept its comparison to gold, one of the oldest monetary metals and store of value assets, alive, 2020 may prove to be the year it can prove to be even more resilient as a hedge. Interestingly, in the past few months, Bitcoin has seen an increased correlation with gold.

According to market data provided by Skew, the 1-month correlation had climbed over 50 percent, at press time. However, with regard to the returns percentage, Bitcoin continues to maintain a considerable lead with 25.6 percent quarterly returns in opposition to gold’s 9 percent.

As Bitcoin grows, Barhydt believes that the crypto can now become a key asset for corporate treasuries and prove to quite a useful hedge. He elaborated on how a listed company like MicroStrategy decided to move 20 percent of its funds from fiat to Bitcoin, stating,

“Bitcoin will become an asset class beyond just digital gold, where it is actually used for these purposes. And it’s fascinating to see that a small cap company would embrace cryptocurrency as, as an inflation hedge.”

The post Can Bitcoin take over corporate treasuries in 2020? appeared first on AMBCrypto.