Bullish for Bitcoin: US Government Expected to Rack Up $3T of Debt in 3 Months 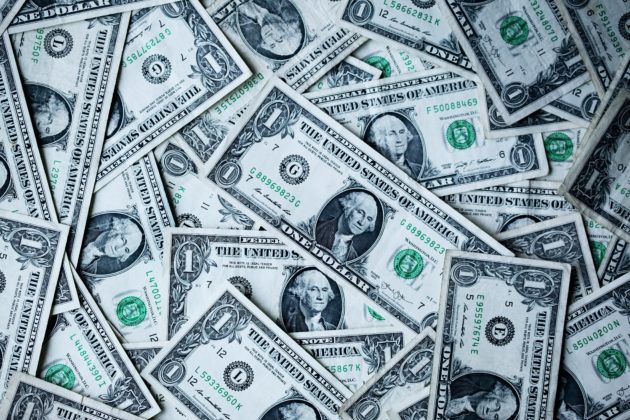 In a move bullish for Bitcoin, the U.S. Treasury has announced that it is looking to issue $3 trillion worth of debt in a single quarter. That’s three with 12 zeroes after it.
This is a trajectory that many in the cryptocurrency space say validates the need for a decentralized asset like BTC.
The U.S. Looks to Borrow $3 Trillion
In a statement Monday, the Treasury department of the U.S. government said it is borrowing a record of $2.999 trillion — just a billion shy of the headline figure. This will be for the second quarter of this year, 2020.

FINANCE: United States set to issue $3 trillion in debt this quarter
— The Spectator Index (@spectatorindex) May 4, 2020

This means that the U.S. national debt of $24.9 trillion, according to estimates, could rise by over 10% in the coming two to three months.
The Treasury — a staunch skeptic of Bitcoin and cryptocurrency — attributed this trend to the “impact of the COVID-19 outbreak,” referencing the fiscal stimulus measures that have had to been activated to save individuals and companies across America:
“The increase [is driven] by the impact of the COVID-19 outbreak, including expenditures from new legislation to assist individuals and businesses, changes to tax receipts including the deferral of individual and business taxes from April – June until July.”
Adding to the $3 trillion, the Treasury expects to borrow another $677 billion in the third quarter. This is a figure derived from the assumption that the crisis won’t worsen and that massive stimulus isn’t needed.
Bitcoin Stands to Benefit
While many see this spending as necessary to keep society intact, it could be a bullish trend for Bitcoin and other cryptocurrencies.
With more money in the system, much of which was created out of thin air just recently, there is a higher chance for scarce assets to see appreciations in value.
Dan Morehead, the founder of Pantera Capital, summed up the sentiment well in a recent newsletter outlining the current macroeconomic backdrop’s effect on Bitcoin:
“As governments increase the quantity of paper money, it takes more pieces of paper money to buy things that have fixed quantities, like stocks and real estate, above where they would settle absent an increase in the amount of money. The corollary is they’ll also inflate the price of other things, like gold, bitcoin, and other cryptocurrencies.”
Adding to this argument is the monetary side of the stimulus, which is taking the form of extremely low interest rates, lending facilities, and quantitative easing, or the purchase of assets by the Federal Reserve.
This, too, increases Bitcoin’s intrinsic value, analysts say.
Parker Lewis, a noted writer in the cryptocurrency space, wrote in a May 1st essay that with central banks printing over $3 trillion in fiat in the past two months and Bitcoin’s halving arriving in seven days, it’s “common sense” which one should be chosen.
Lewis went as far as to say that with the macroeconomic conditions, Bitcoin is “inevitable.”
Photo by Sharon McCutcheon on Unsplash

Bullish for Bitcoin: US Government Expected to Rack Up $3T of Debt in 3 Months written by Nick Chong @ https://bitcoinist.com/bullish-for-bitcoin-us-government-expected-to-rack-up-3t-of-debt-in-3-months/?utm_source=rss&utm_medium=rss&utm_campaign=bullish-for-bitcoin-us-government-expected-to-rack-up-3t-of-debt-in-3-months May 5, 2020 Nick Chong