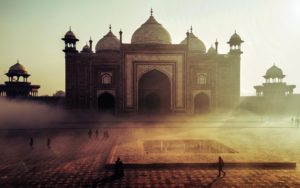 Government officials in India have indicated that the government may adopt a more measured approach to regulating the cryptocurrency market.

In yet another twist to the unending saga of India’s stance on cryptocurrency market, recent comments from government officials indicate that the country may not ban virtual currencies entirely. Indications from members of the government panel set up to study cryptocurrencies show that the government may adopt a more measured approach to regulating the market.

Inside sources within the panel set up by the country’s finance ministry said that they are considering the possibility of classifying cryptocurrencies as commodities, saying:

I don’t think anyone is really thinking of banning it [cryptocurrencies] altogether. The issue here is about regulating the trade and we need to know where the money is coming from. Allowing it as a commodity may let us better regulate trade and so that is being considered.

In June 2018, local news outlets in the country broke the story that the government was generally against a blanket cryptocurrency ban. At the time, the reports indicated that the panel was considering allowing the market to continue under certain conditions.

Rather than a blanket ban, the panel reportedly favors the creation of robust regulatory guidelines. Many virtual currency critics point to the anonymity of cryptocurrency transactions as an incentive for criminal activities. However, the panel believes that with strict regulatory oversight, such concerns can be eliminated.

Commenting on the matter, a member of the country’s cryptocurrency panel said:

Trade is not a criminal offense. Most of us trade in various asset classes in the stock market. So how is this (cryptocurrency trading) any different? What has to be in place is a mechanism to be sure that the money used is not illegal money, and to track its source is the most important thing.

The government’s position seems to be at odds with that of the Reserve Bank of India (RBI). The apex bank banned banks from facilitating cryptocurrency transactions. The ban came into effect on July 6th.

There have been efforts to challenge the ban, but so far, the courts have upheld the RBI’s decision.

What do you think is the best course of action for the Indian government concerning the country’s cryptocurrency market? Let us know your views in the comment section below.