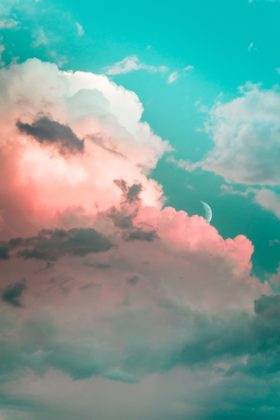 Bitcoin appears to have entered a firm consolidation phase within the mid-$9,000 region following the latest rejection at $10,000
In spite of the signs of weakness that BTC has flashed throughout the past several days, it is important to keep in mind that it has sustained above multiple key technical levels
It now appears that the cryptocurrency could be well positioned to see further upside, but there is one key resistance level that must be firmly surmounted

Bitcoin has entered yet another bout of sideways trading as it struggles to garner any decisive momentum in either direction.
In order for the crypto’s mid-term uptrend to be sustained in the days and weeks ahead, it is imperative that it firmly surmounts the heavy resistance that is faces within the lower-$10,000 region.
Another swift rejection here could be enough to send the crypto spiraling lower, potentially erasing a good portion of its recent gains.
Bitcoin Remains Above Key Technical Formation as it Enters a Consolidation Phase
At the time of writing, Bitcoin is trading down just over 1% at its current price of $9,440.
This marks a notable decline from recent highs of $9,900 that were set roughly two days ago.
In the time following this rejection, BTC’s buyers and sellers have reached an impasse as they both struggle to tip the scales into their favor.
In the near-term, bulls may have an edge over bears due to their ability to absorb enough of the selling pressure to support BTC above $9,000.
One analyst is also noting that Bitcoin’s market structure remains firmly bullish as it remains above a key cloud formation.
“A wise old man once told me that above the cloud, bulls are in control – I tend to believe old wise men,” he noted while pointing to the chart seen below.
Image Courtesy of Teddy
BTC Still Faces Heavy Multi-Month Resistance
Although its market structure may favor buyers, it is important to keep in mind that Bitcoin is fast approaching what one analyst is describing as a “monster resistance” level.
This level exists between roughly $9,900 and $10,500 and has been the impetus of multiple major rejections that the cryptocurrency has seen dating all the way back to September of 2019.
“Our major resistance held up once more and sent us down to 8100 so far, following the red path. That being said I’m flat atm and not sure if that was all for the correction or if we get one more leg down,” he said while pointing to the level marked on the below chart.
Image Courtesy of Credible Crypto
It is important to note that the same analyst further went on to add that he believes “dips are still for buying” due to its growing technical strength.
Featured image from Unplash.

Bitcoin’s Outlook is Bright as It Trades Above Key Cloud Formation written by Cole Petersen @ https://bitcoinist.com/bitcoins-outlook-is-bright-as-it-trades-above-key-cloud-formation/?utm_source=rss&utm_medium=rss&utm_campaign=bitcoins-outlook-is-bright-as-it-trades-above-key-cloud-formation May 16, 2020 Cole Petersen