Bitcoin’s House of Cards is not one for Sentiment

It is very impressive how well Bitcoin is holding itself at the moment. With a majority of the market undergoing corrections, the king coin has maintained its position at the top, holding its own above the $10,800-mark, at the time of writing. In fact, BTC’s own movement possibly contributed to a minor spike on the charts of the market’s altcoins.

However, take a closer look, and it would seem that Bitcoin’s price still is a house of cards. And, it is not just the pessimistic side in me saying so, but fundamentals are telling a similar story too.

Santiment’s analysis found that despite a higher price position on the charts, Bitcoin was not winning any social sentiment points. In fact, Bitcoin’s Market Sentiment is presently at its lowest in 2 years, a development that suggests that the volume of BTC mentions have been largely negative lately.

Besides Social Sentiment, the world’s largest crypto-asset is also noting some remarkable changes in investor behavior. 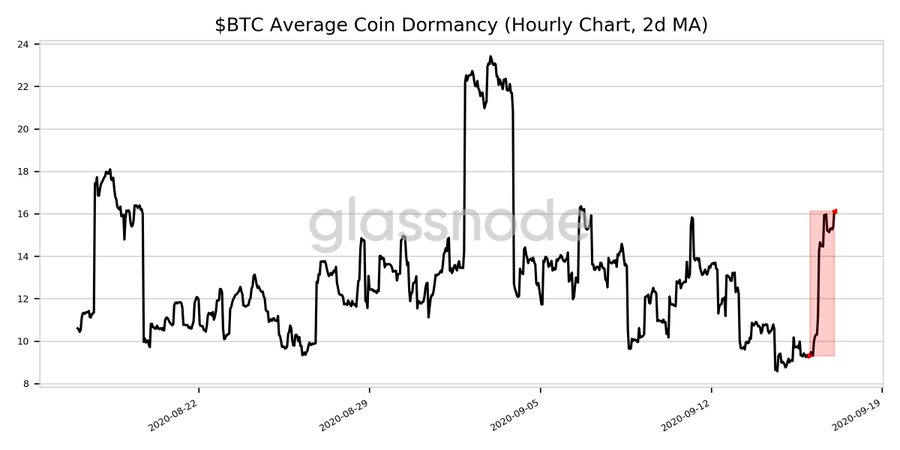 In layman’s terms, the chart’s findings suggested that Bitcoin’s CDD was registering a change after undergoing stagnancy for the past few weeks. As was discussed in a previous article, CDD was once strong for Bitcoin and long-term investors were not cashing out during the dip in June and also for a while in July.

However, at the time of writing, with average dormancy going up, it can be inferred that some long-term investors are indeed looking for a way out.

With the cards flipping against Bitcoin every passing day, it feels like a matter of time before Bitcoin re-tests the lower range of $9,000. In fact, 24-hours ago, Bitcoin Options traders were putting up an extremely huge amount of sell-contracts for the end of September, all ranging between the strike price of $8500-$9500.

Bitcoin surviving a possible fall now would be the biggest story of the year. However, in order to embark on a long-term bullish run, the imminent correction must be welcomed as inevitable.

The post Bitcoin’s House of Cards is not one for Sentiment appeared first on AMBCrypto.