The cryptocurrency market has been waiting for a rally since the beginning of the year. However, while the bulls were all set to push the market north, events such as the COVID-19 pandemic intervened to restrict the movement of crypto-assets. Now, once again, analysts are highlighting the bullish signs in the market, with the world’s largest cryptocurrency, Bitcoin, trading at $11,613, at press time.

Bitcoin’s trading price has now reached a level last observed back in June 2019. On the contrary, the Market cap to Thermocap ratio [miner revenue] continues to remain comparatively low. 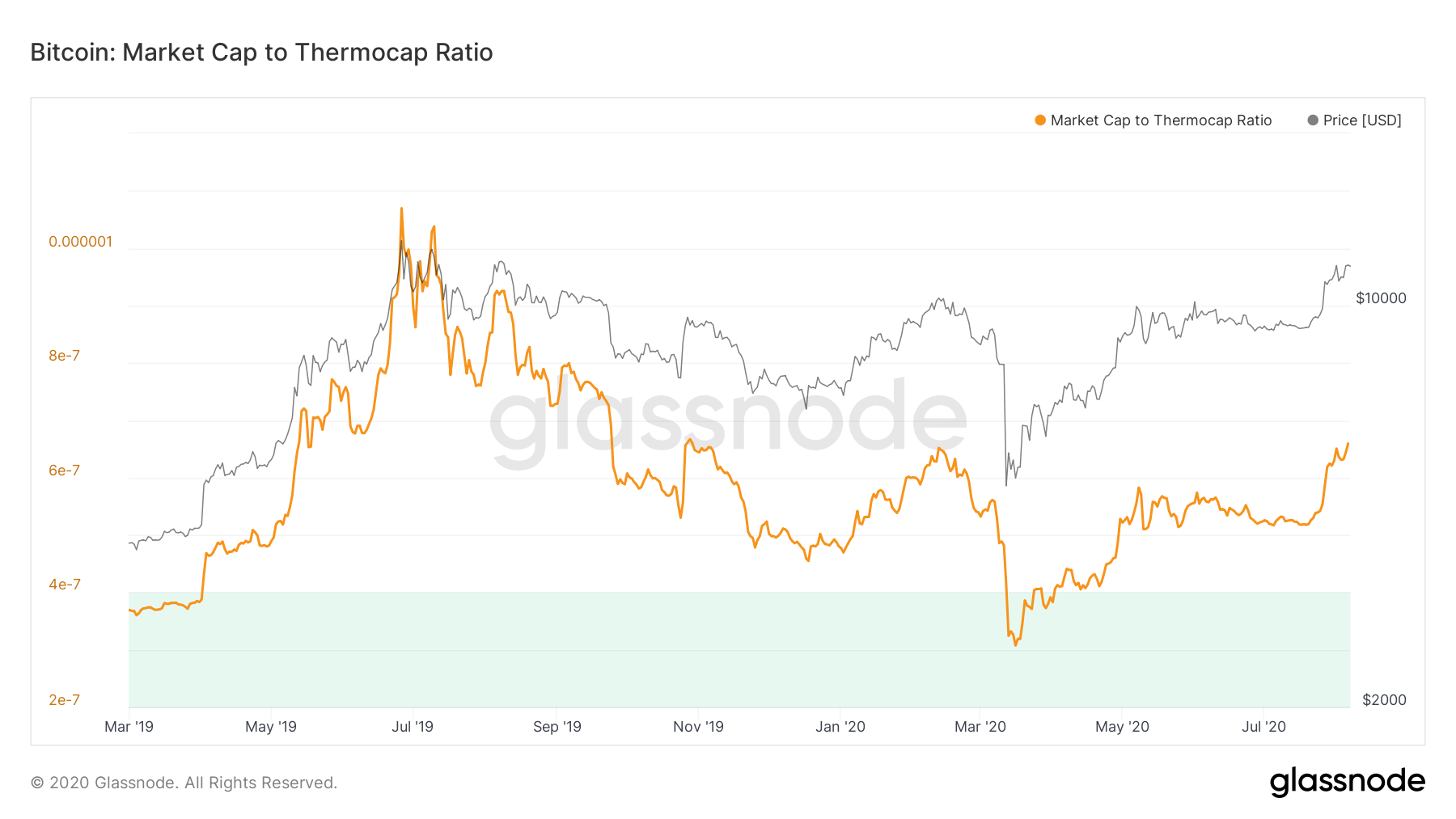 Marketcap/Thermocap is used to assess if the asset’s price is trading at a premium with respect to total security spent by miners. The ratio is also adjusted in accordance with the increasing circulating supply over time. Right now, miners are not making as much revenue, which is generated by combining the transaction fees and block rewards. The block rewards have been low due to the halving, however, there has also been a lack of on-chain transactions as most people continue to hodl in the current market.

The press time value of the ratio was at a very low level, 5-10x away from its previous tops, as per Glassnode. Interestingly, the MVRV at its press time level indicated that Bitcoin may have just kickstarted the bull market. 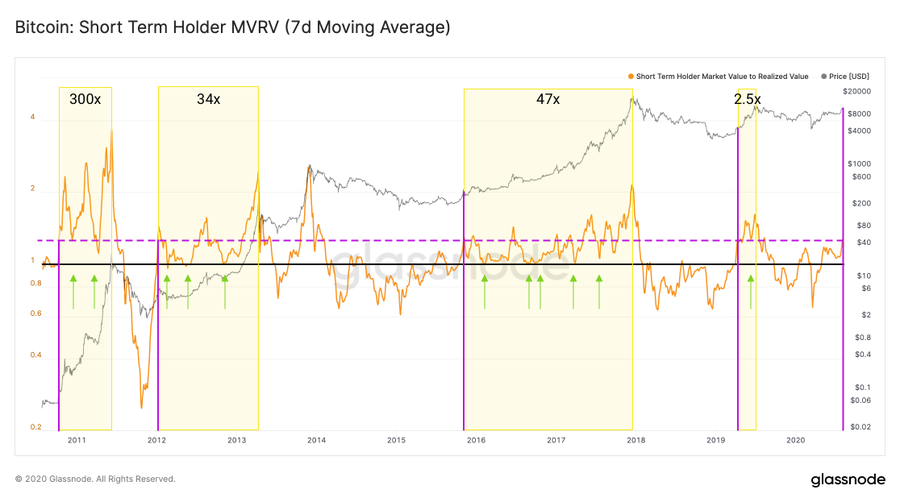 The MVRV is the ratio of a crypto asset’s market cap [aka market value] to realized cap [aka realized value] and can be used to compare the speculator and holder valuation of an asset.

As per the above chart, the ratio stood at 1.25, a level that has historically marked the start of the bull market. This was previously visible in June 2019, and even during the 2017-2018 bull run. If the ratio manages to hold on above 1, there could be great appreciation in Bitcoin’s price soon. If the same were to fall under 1, it could point to a bearish market for the coin and it can open a gateway for accumulators once again.