Bitcoin’s hash rate, the measure of miner’s performance, appears to have dropped by about 16% after the third halving as miners now generate twice less from the block subsidy.

According to The Block’s estimates, the daily miner revenue has dropped by about 44% after the halving – from $16.1 million to $9.0 million. Most of the older ASIC mining equipment, such as Antminer S9, is now unprofitable. The new-gen devices, such as Antminer S17 and Whatsminer M30S, remain vastly profitable.

Bitcoin’s interblock time, the time in between each block, has increased slightly with an average of 10:32 minutes since the halving. The next difficulty adjustment will likely take place in 5 days and the difficulty is predicted to be adjusted down by about 2%. 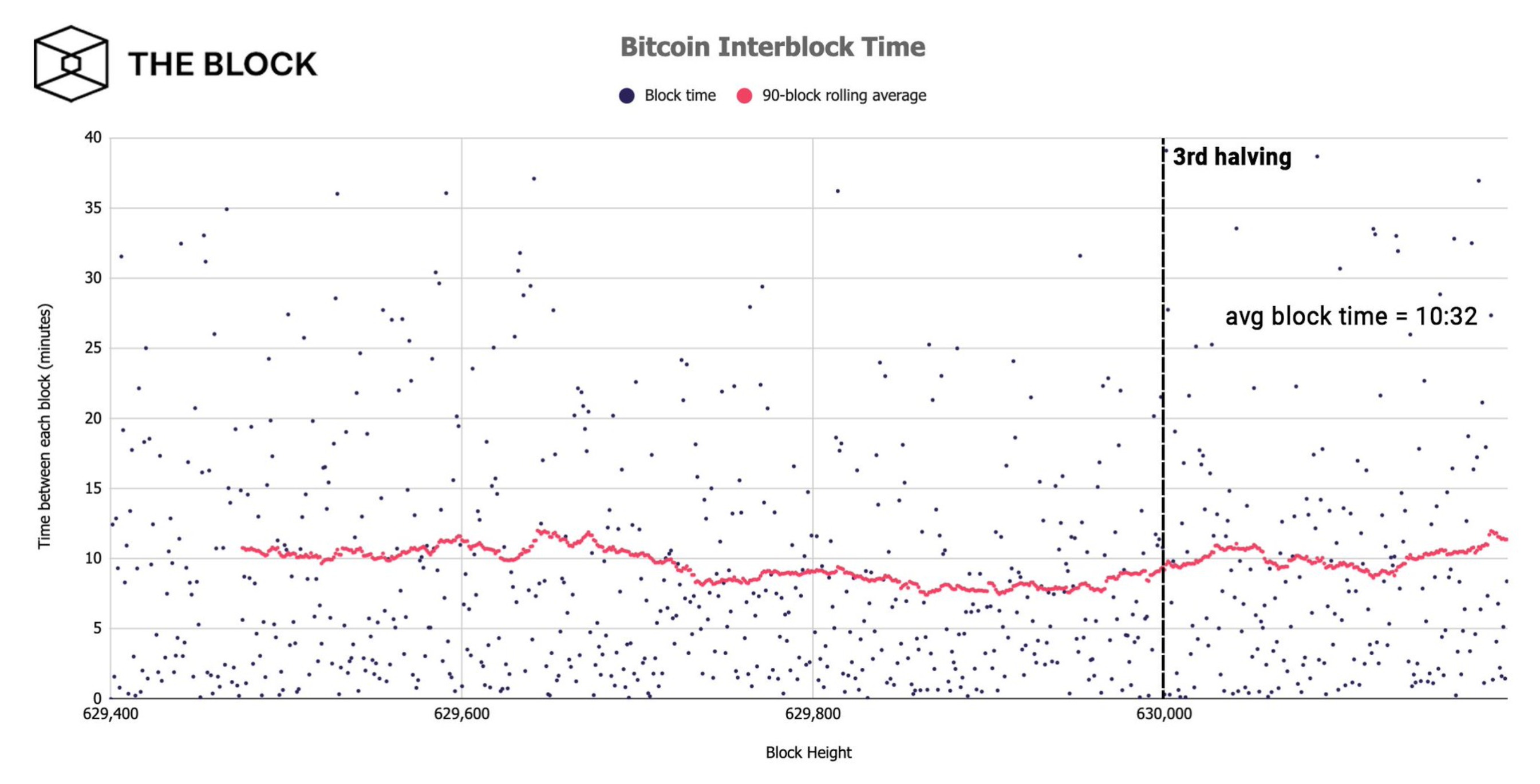 Ethereum Long Positions Hit $300M on Bitfinex, And It Can Trigger a Major Correction