Bitcoin: Survived – Yes, but has it recovered?

A perfect week, one that saw the market recover to an extent, came to an abrupt halt when Bitcoin dropped by $350 over the last 24-hours. Riding high on the charts, Bitcoin, trading at a price of $10,575, soon fell down to $10,204 in a matter of just 8 hours. In fact, the aforementioned fall was accompanied by other on-chain developments as well, with Glassnode indicating that miners have started to cash out their profits once again.

As illustrated in the attached chart, Bitcoin miners have been selling a huge volume of BTC over the past week, with selling pressure continuing to rise across the industry. This is typical behavior from miners as a majority of them would want to take advantage of high mining profitability before other mining competitors joined the market. 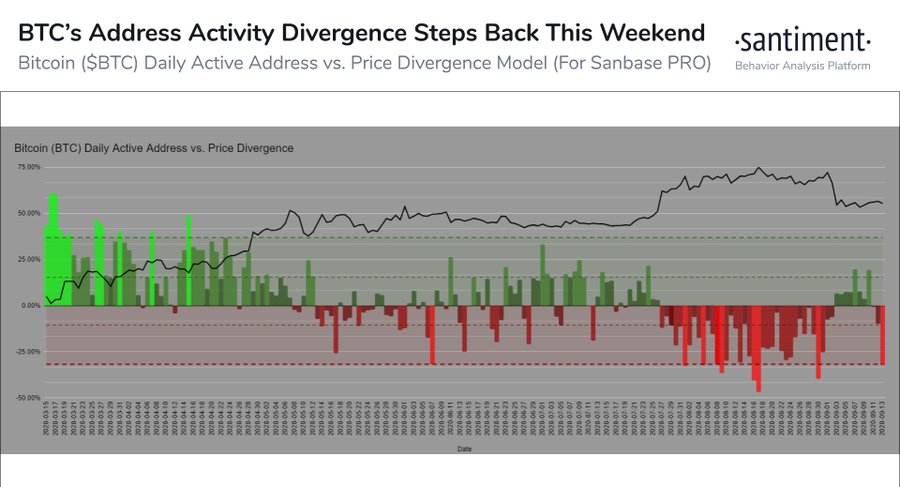 On the other hand, Bitcoin’s Active Addresses also indicated a bearish divergence after a positive week. As can be observed from the attached chart, the price hardly drew any convergence with the active addresses, with unique entities continuing to fall under the present market circumstances.

However, despite the fact that the market was being driven by such bearish factors, a sliver of hope could be seen on the 4-hour chart for Bitcoin traders.

The attached analysis clearly highlights the 3.42 percent pullback registered over the last 24-hours. However, from the same analysis, it can also be observed that BTC managed to salvage the situation after registering a spike off the 50-Moving Average, at press time. At the time of writing, Bitcoin was valued at $10,474, a development that supports the argument that despite yesterday’s collapse, recovery remained on course.

Bitcoin’s quick ascendency towards $10.5k was possibly driven by sufficient demand from retail investors on exchanges. As miners continued to dump Bitcoin on exchanges, it is quite likely that the traders were able to absorb the short-term selling pressure on the retail side, hence accounting for a quick turnaround for Bitcoin.

At press time, Bitcoin was heading towards the re-test at $10,500, but further corrections cannot be dismissed. While the world’s largest digital asset has just survived another bearish reversal, it continues to tread thin ice.

The post Bitcoin: Survived – Yes, but has it recovered? appeared first on AMBCrypto.