Amid the current financial crisis, bitcoin has yet to prove itself to be the “safe-haven” asset that many claim it to be. In fact, research by The Block shows that bitcoin has been relatively correlated to the equity market.

The correlation between bitcoin and the S&P 500 index started out negative at the beginning of the year. Going into March, however, it entered into the positive range and reached a high of 0.32. The contract between the negative correlation in Jan. and the positive one in March. – both statistically significant – shows an interesting development.

“The correlation can disappear just as quickly as it showed up,” said The Block researcher Larry Cermak. “But there is no indication of that as of yet.” 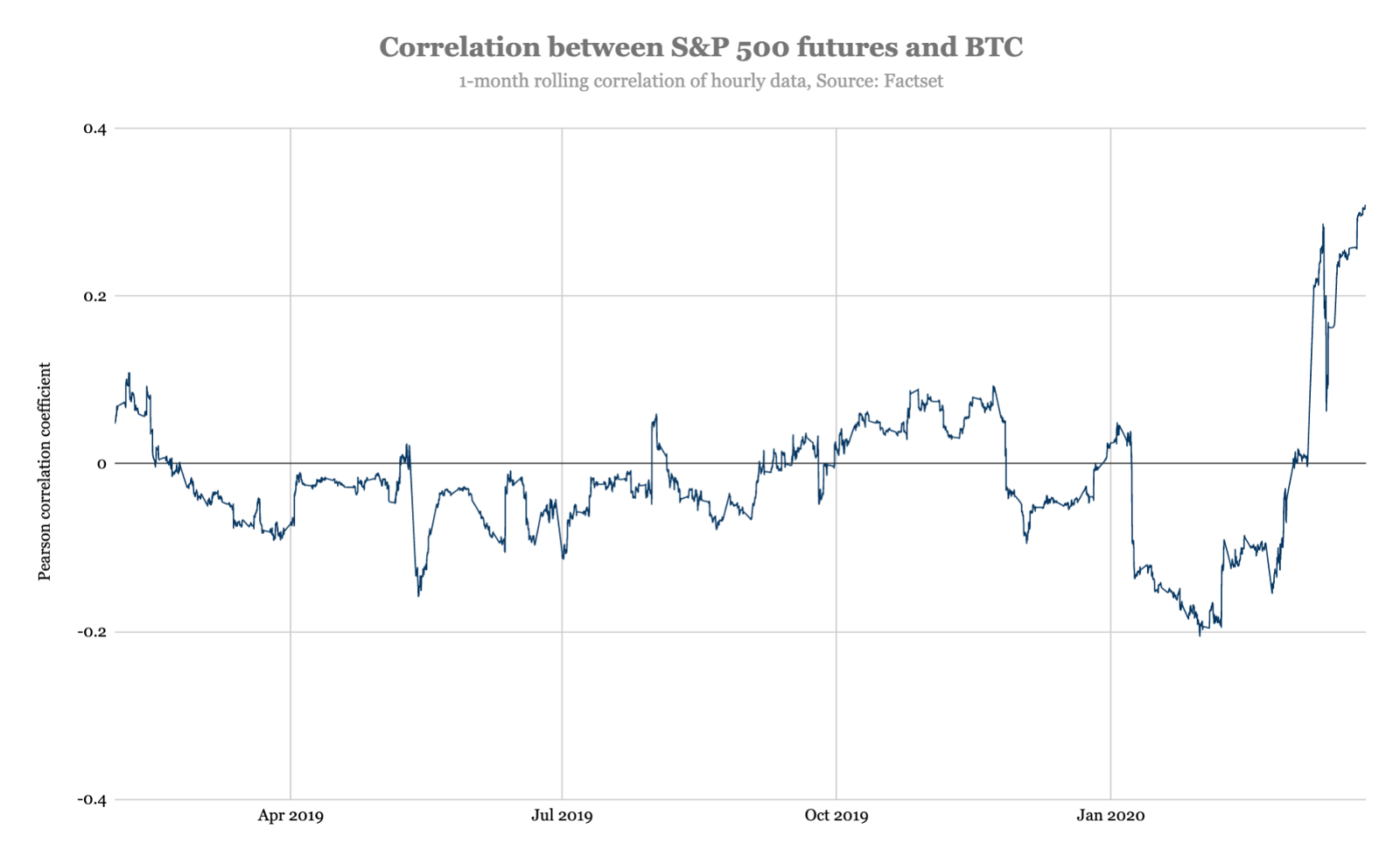 Analysts are Cautious of the Crypto Market’s Latest Push Higher; Factors to Consider

A close look at the activity of Argent’s 20,000 wallets

4 Fundamental Reasons Why Bitcoin Demand Is Poised to…