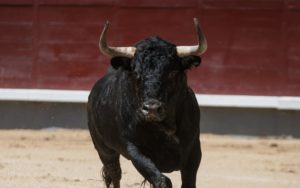 Cryptocurrency experts and users alike are scrambling for an explanation Tuesday after Bitcoin prices increased by $700 in around 45 minutes.

On social media, commentators were scanning the internet for the major news they assume had triggered the price rise.

At press time, however, no such news had filtered through from within the cryptocurrency industry or beyond. Other factors which have previously sparked rapid appreciation in Bitcoin, such as Tether releasing tokens onto the market, this time were also not evident.

Not If, But When For Bullrun

Some trading sources had been waiting for a dramatic market shift.

For many, however, the combined momentum behind regulators potentially giving the green light to a Bitcoin ETF was a good enough cause to explain the sudden events.

“Today we are presented with a shorter timeframe but with a Head and shoulders bottom,” well-known trader known as Filbfilb wrote in an analysis hours before prices began moving.

“Should we break out of this, it would seem reasonable to me to expect us to realize the measured move of c.$7.5-7.7k, which I have been expecting as a mid-term upside for some time.”

For Filbfilb, the situation in Bitcoin markets in July closely mirrored the same time last year prior to the bull run which took prices to all-time highs of $20,000 months later.

“This time, ironically the thing which is currently hurting us (the Futures) could be what has legitimized the ETF decision to some extent,” he continued, concluding:

“The unwinding of short positions coupled with genuine speculation frenzy would be the sort of thing which helps with insane bull runs. Either way, I still expect the bull run, [it’s] just a matter of when.”

What do you think about Bitcoin’s sudden price rise? Let us know in the comments below!